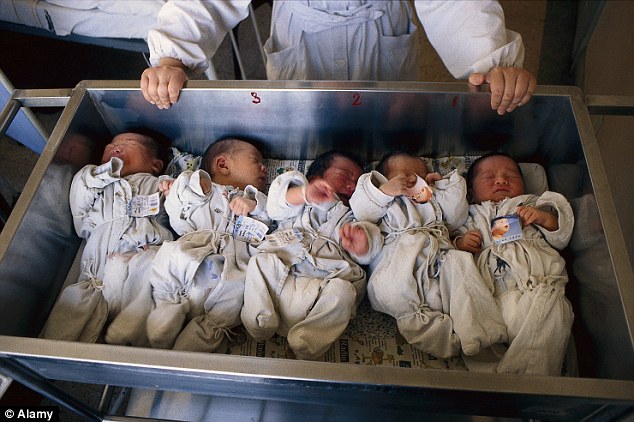 In China, around 70,000 children are kidnapped and sold on the black market every year. As the internal trafficking of children has become a serious social problem, Weibo netizens are crying out for help.

Human trafficking of children has a long history in the People’s Republic of China. Children have been abducted and traded as commodities for such a long time, that it is culturally embedded “to the point that is not universally viewed as criminal, but simply as a ‘tradition’” (Shen et al 2013, 32). Although child abductions died out in the 1960s, they re-emerged in the 1980s. Due to a general focus on international trafficking since the last two decades, kidnapping has largely been ignored for a long time within China. But now that an estimated 70,000 children are trafficked and sold on the black market every year, child trafficking has become a serious problem in Chinese society (2013, 32).

Sharing information on “How Not To Let Your Child Be Abducted”

‘Help Our Babies Get Home’ (#一起帮宝贝回家#) has become a hot topic on Sina Weibo. Netizens share their worries and views on China’s child abduction problem, directing their message not only at the government and legal enforcement, but also asking the general public for help, to avoid more children from going missing or being sold on the market.

According to an article shared on Weibo, there are about 200,000 lost children in China every year. Allegedly, only 0.1% of them are found by their parents. Behind these cold numbers are tragic tales of despair and poverty. Child trafficking often involves cases where children are being sold to families that cannot have a baby of their own. It also involves those cases where people prefer a baby boy, due to traditional dominant beliefs that only boys can support the family (as the Chinese idiom goes – 重男轻女 zhòngnánqīngnǚ: “to value males and belittle women”). Some children are sold to criminal groups, and are sent to the streets begging for money, often suffering abuse.

In the fight against child trafficking, social media are useful in a myriad of ways. Sites like Weibo are often directly used in the search for lost children, as a growing number of desperate parents put their lost children’s photo online in the hope of someone spotting them somewhere. They also fight child trafficking indirectly, by using social media to disseminate information on child abduction. Netizens on Sina Weibo have recently listed and shared some signs that may indicate a child was abducted. Another article also became trending, informing parents on “How Not To Let Your Child Be Abducted”.

According to China’s criminal laws, the punishment for child abduction is a prison sentence from 5-10 years, together with financial compensation. In severe cases, sentences can be over 10 years, or even lead to the death penalty; a principal offender of a 2015 child trafficking case in Yunnan was sentenced to death. The criminal group involved had trafficked over 200 babies. (Of them, 11 babies are yet to be brought home to their parents.)

Besides arguing for tougher punishment on the trafficker side, netizens are also asking for a more severe punishment on the buyer’s side. They believe heavier criminal charge on the buyer’s side will reduce the occurrence of unlawful adoptions. Current criminal law states that buyers will be charged no more than 3 years in prison. In most cases, buyers can avoid criminal charges if they have not abused the child, or if they are co-operative with the police. In 2013, for the first time, 7 buyers were legally charged 1-6 months in prison.

It is also suggested that the government should invest more money and effort on preventing child abduction. They should enforce ID registration and check when children are found on the streets begging for money, when they are being abused, or when they are not in school. Social care infrastructure needs to focus on these issues so that more children can benefit from it. Also, the government should work on a DNA database for lost children, in order to be able to bring them home in the future.

“If you want to make money, you should bear children
instead of raising pigs”

Trafficking in children has become a serious problem in China for different reasons. It is a “lucrative business” because on the supply side, it is very profitable and relatively easy (Shen et al 2013, 32). And on the demand side, there is a large demand for children. Why?

Firstly, poverty is the main reason for China’s great number of child abduction cases. According to Shenzhen statistics, 30% of the children victimized by trafficking were sold by their own parents due to financial hardship (2013, 35). In Yunnan, a “specialised child production base” was discovered where women gave birth to children in order to sell them – for some, having children and selling them is a way out of poverty. There is even a saying amongst farmers in Yunnan, saying: “If you want to make money, you should bear children instead of raising pigs” (35).

Chinese tradition is another reason, as the traditions of “the more children, the better life” and the prevailing preference for boys, are in conflict with China’s one-child policy. Although the policy has relaxed somewhat, it consequences are enormous , with many people abandoning girls and buying boys.

Lastly, loopholes in the Chinese law and ineffective law enforcement have made child trafficking a highly profitable business, with relatively low risks (2013, 35-36). With at least 70,000 children being trafficked every year, both the government and the people will have to take drastic measures to protect children and their parents from being victimized by China’s booming baby business.

20 Facts About Dogs & Dog-Eating in China

I’m Getting Arrested – The App for Blacklisted China

About the author: Fan Bai is a freelance translator and writer. Born and raised in China, she is now based in the UK.