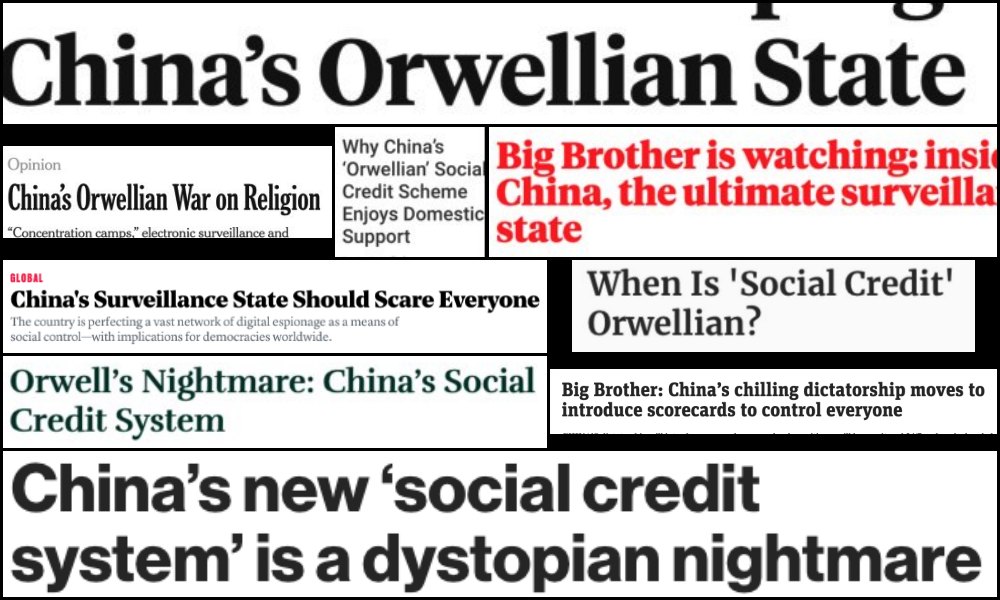 Hi, this article is still under construction! Meanwhile, please check out our articles about social credit here.

Minitrue: some of the stories in English with the most speculation or ‘fake news’ about China’s ‘Orwellian’ social credit system:

* Ma, Alexandra. 2018. “China has started ranking citizens with a creepy ‘social credit’ system — here’s what you can do wrong, and the embarrassing, demeaning ways they can punish you.” Business Insider, Oct 30 https://www.businessinsider.nl/china-social-credit-system-punishments-and-rewards-explained-2018-4/?international=true&r=US [10.6.19].

* O’Malley, James. 2019. “In China’s new surveillance state, everyone will be watched, reviewed and rated.” The Spectator, Nov 17 https://www.spectator.co.uk/2018/11/in-chinas-new-surveillance-state-everyone-will-be-watched-reviewed-and-rated/ [11.6.19].

Welcome to What’s on Weibo

A special ‘trailer’ before the Avengers movie premiere showed the audience blacklisted individuals. 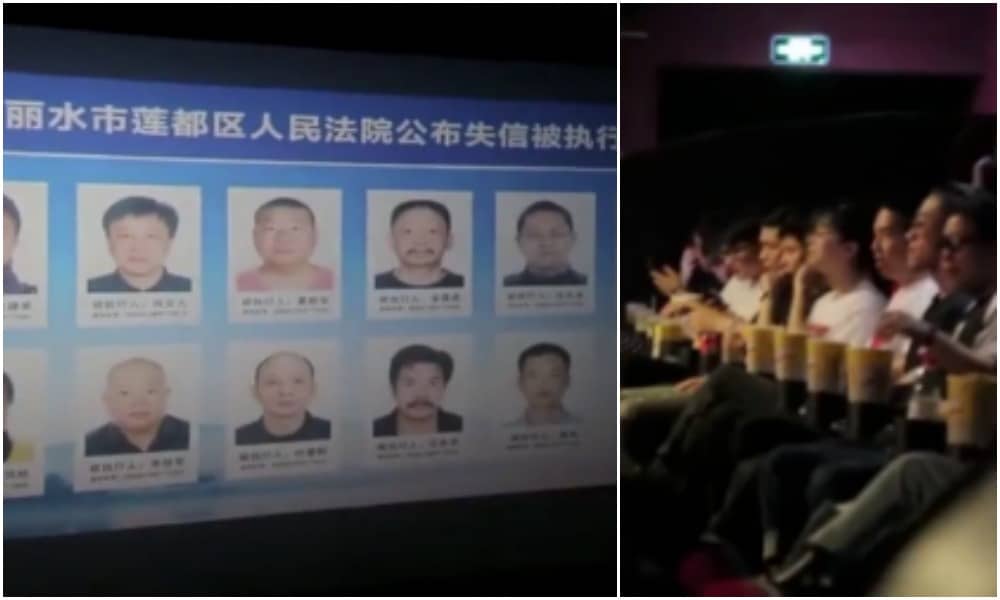 A local movie theatre in the city of Lishui, Zhejiang province, showed a noteworthy ‘trailer’ before the Avengers: End Game premiere on April 24.

Chinese state tabloid Global Times reports that the sold-out premiere had a ‘surprise’ moment just before the movie was about to start: a short Public Service Announcement by the Liandu district court of Lishui displayed people who are currently on a ‘debt dodging black list.’ 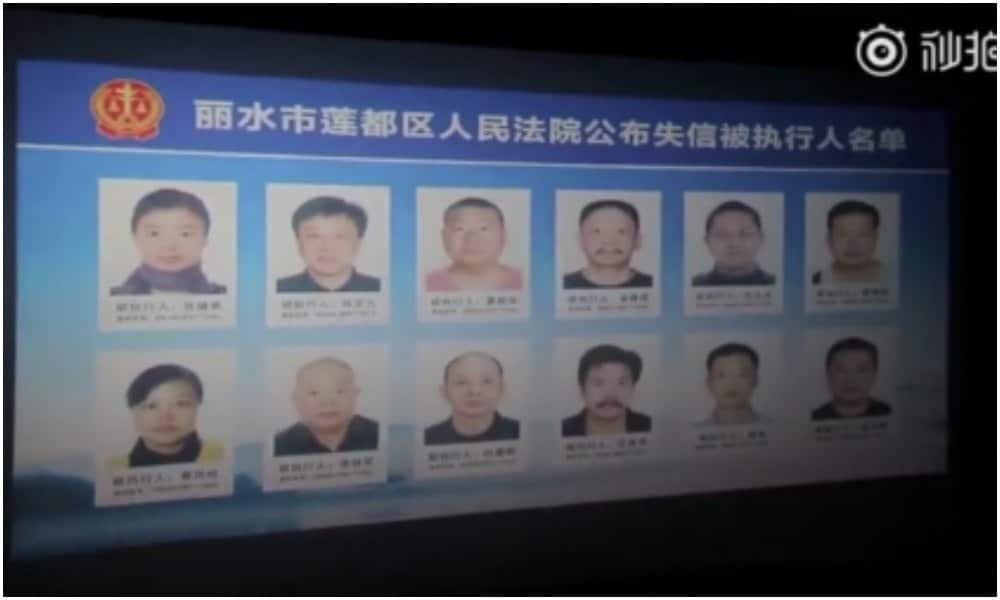 The short film also informed the cinema audience of potential consequences of being on a blacklist, including no traveling abroad, and no traveling by air or on high-speed trains. 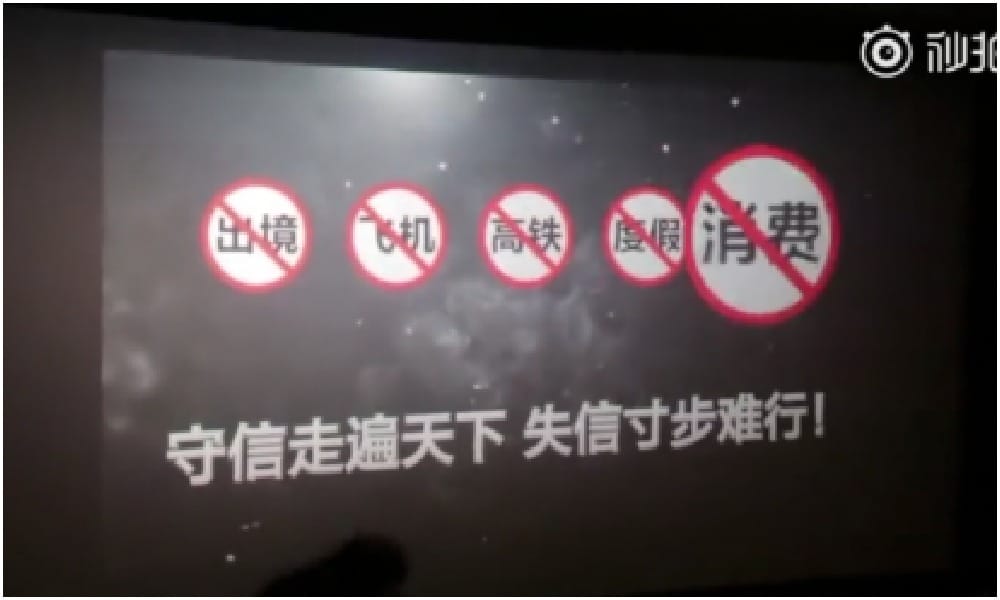 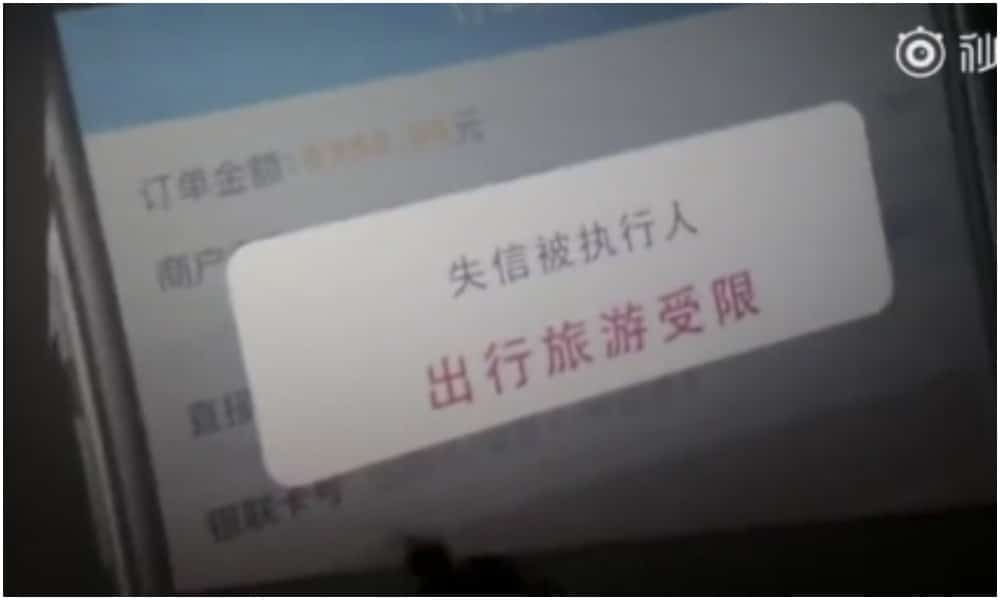 According to Global Times, the local district court has registered a total of 5478 people on its blacklist since 2018.

The names and faces of more than 300 people on this list have reportedly been displayed on cinema screens, public LED screens, and on buildings. Allegedly 80 of them have since complied with court orders.

As part of China’s emerging Social Credit system project, there are public court-issued lists of ‘trust-breaking enforcement subjects’ (信被执行人名单), referring to people or companies who have failed to comply with court orders.

Individuals on the judgment defaulter blacklist system run by the court system, whose information is publicized, can risk having their photos and names displayed on local LED screens on courthouses or other buildings (Dai 2018, 26). 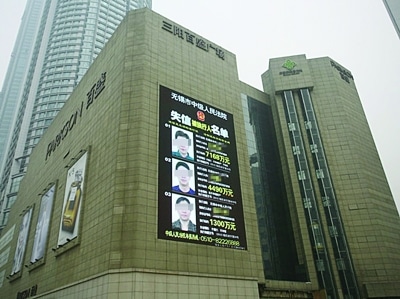 Blacklisted individuals on a Wuxi building (via Phoenix News).

Beyond that, they will face restrictions in various ways, from being denied bank credit to being restricted from staying in high-end hotels or traveling by air.

On Weibo, the Global Times post on the noteworthy cinema preview received over 4000 shares. The same news was also reported by CCTV and Phoenix News.

Some commenters joke about the Public Service Announcement, saying: “Blacklisters [can now say]: Mum! I was on TV! On a big IMAX screen! Together with the Avengers!”

Others leave comments in support of the measure, calling it “creative,” and saying: “This is good, we should implement this all across the country.”

“Blacklisters should be displayed on all kinds of platforms.”

“This is for people to lose on their social credit,” another commenter writes: “If you don’t want to ‘socially die’ then just fulfill your duties.”

But not everyone agrees. “People are buying a movie ticket to see their film,” one person says: “They suddenly get exposed to this kind of content that has nothing to do with them, what about their rights as a consumer?”

“Be as Good as Your Word”: The Chinese Social Credit Song is Here

Chinese pop stars sing about the importance of trust in this ‘social credit’ music video launched by the Communist Youth League. 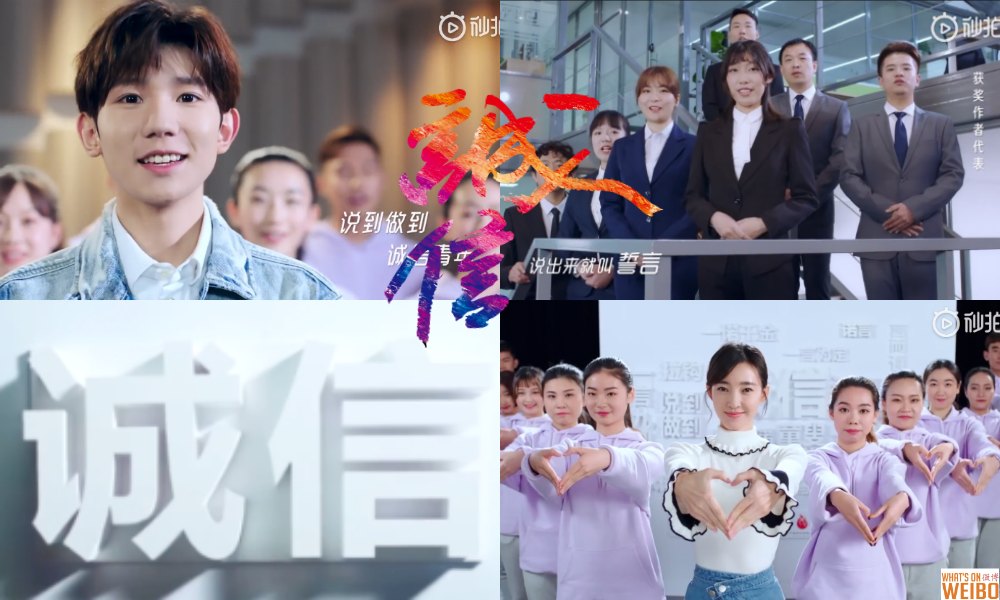 “Be as Good as Your Word” is a pop song featuring young Chinese celebrities who sing about the importance of being ‘trustworthy.’ The new music video is part of a bigger initiative propagating China’s Social Credit System among the younger generation.

No matter where you go in China nowadays, the idea of ‘trust,’ ‘integrity,’ ‘creditworthiness,’ and ‘social credit’ is promoted virtually everywhere: in the media, in trains, in banks, in traffic, and in public announcements on the streets.

Now, there is a song that comes with China’s ubiquitous official government and media narrative on the importance of ‘trust’ and ‘credit’ in Chinese culture and society. 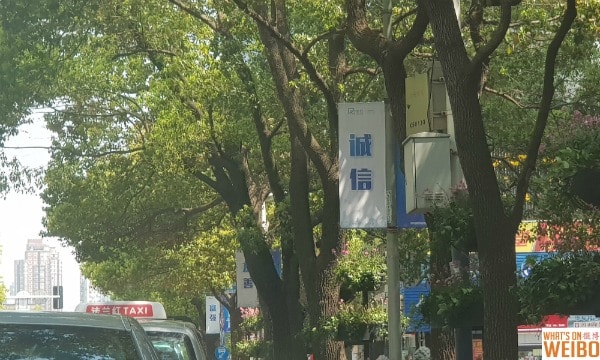 “诚信“ (“integrity” or “creditworthiness”) promoted on a sign in Shanghai, April 2019 (Whatsonweibo).

“Be as Good as Your Word” (Shuō dào zuò dào 说到做到) is a song and music video released under the guidance of the Communist Youth League (共青团), China Youth Daily (中国青年报), and the China Youth Creditworthiness Operation Office (中国青年诚信行动办公室), in cooperation with Chinese music streaming platform Kugou (酷狗音乐). 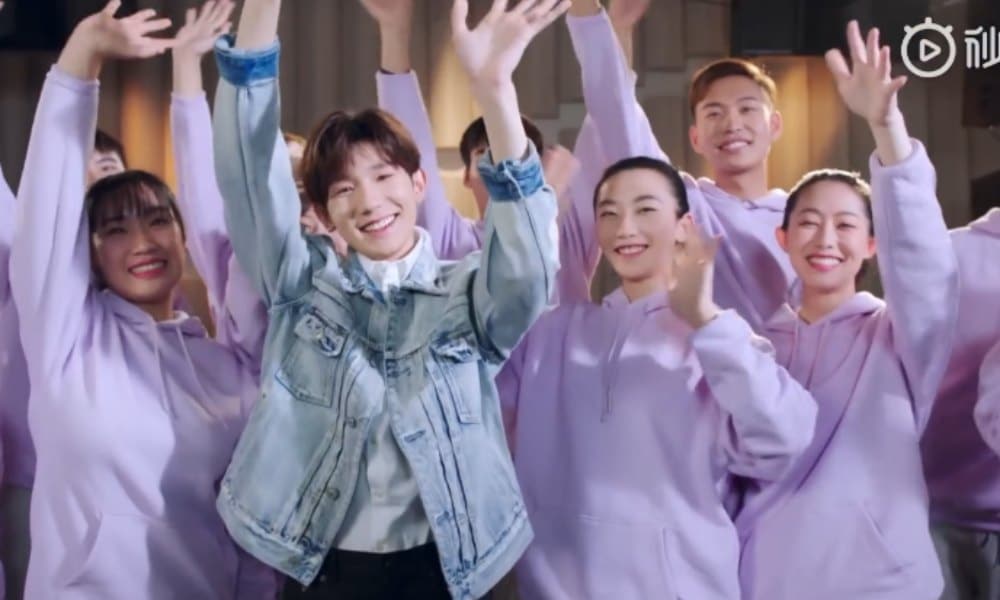 The lyrics are by well-known musician Cui Shu (崔恕), and the music is by composer Zhao Jialin (赵佳霖), who had an Internet hit with “Little Apple” and also worked on the theme song for the Beijing 2022 Winter Olympics bid. 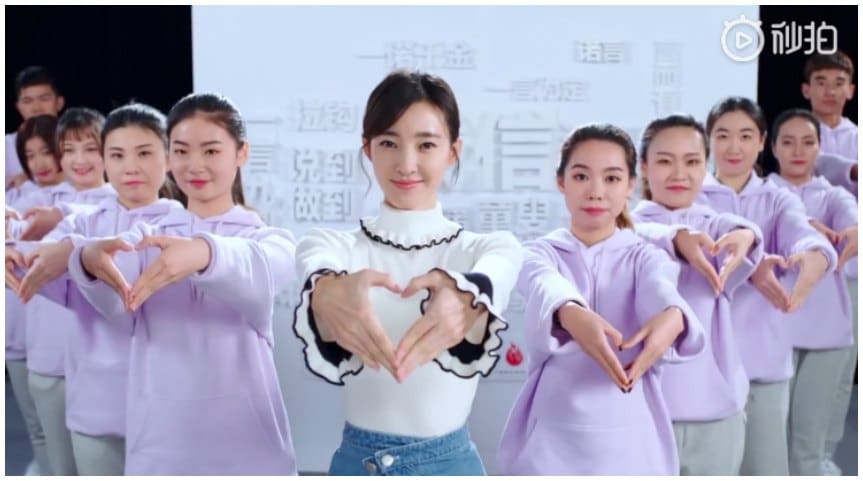 In the song, the performers sing about living up to one’s promises, stressing the importance of credit for the future, and that “being as good as your word” (“说到做到”) is what the “trustworthy youth” (“诚信青年”) is all about. 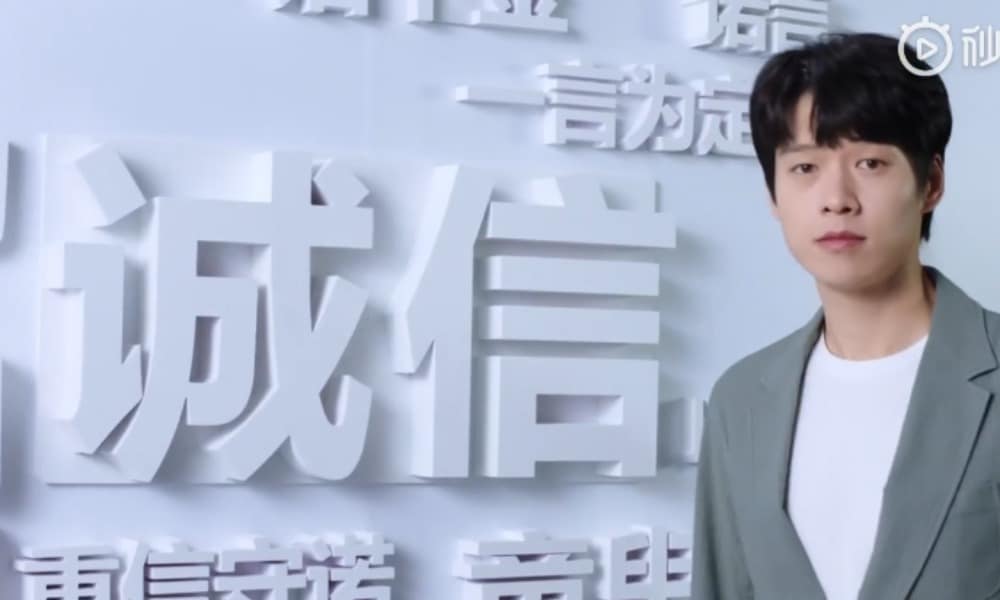 ‘Creditworthiness’ (诚信) is central to the music video.

The word ‘chéngxìn‘ (诚信) is mentioned and displayed throughout this music video. It stands for ‘integrity,’ ‘honesty,’ and ‘trustworthiness,’ and is one of China’s Core Socialist Values. In light of China’s emerging Social Credit System, as pointed out by China Law Translate here, it is mostly used “in terms of a moral assessment component,” and also stands for “creditworthiness.”

This idea is also reiterated in the video, that shows various levels of being ‘creditworthy,’ for example as a consumer of the sharing economy, but also as a businessman sealing deals.

Although this pop song makes no direct reference to China’s nascent Social Credit implementation and is quite general (and poetic) in stressing the importance of honesty and “matching one’s deeds to one’s words,” it was launched in the context of “Credit China” (信用中国) and is part of a bigger initiative propagating the Social Credit System among China’s younger generations.

In November of 2013, during the Third Plenary Session of the 18th CPC Congress, new plans were adopted to “establish and improve a social credit system to commend honesty and punish dishonesty” (USC 2013). In 2014, the Chinese State Council officially announced its plans on building and standardizing a ‘Social Credit’ system, that should go nationwide in 2020.

Under this scheme, as explained by Genia Kostka, “individuals, businesses, social organizations, and government agencies are assessed based on their ‘trustworthiness'” (2018, 1).

As of now, there is no unified system in place yet, although there are many different local initiatives relating to Social Credit. Daum (2017) describes it as a ‘policy’ or ‘ideology of data use’ rather than a ‘system’, characterizing this policy as “the Chinese Party-State’s shorthand for a broad range of efforts to improve market security and public safety by increasing integrity and mutual trust in society.”

(For more information about China and Social Credit, please check our articles here).

The hashtag used to promote the Be as Good as Your Word song on social media platform Weibo is “Creditworthiness Lights Up China” (#诚信点亮中国#, also translated as ‘Integrity Lights Up China’).

The Weibo hashtag page, which has now been viewed over 340 million times, is hosted by China Youth Daily, the official newspaper of Communist Youth League of China. The description of ‘Creditworthiness Lights Up China’ is as follows:

‘Creditworthiness Lights Up China’ is a project that was launched in 2017 by the Communist Youth League, China’s National Development and Reform Commission, and the People’s Bank of China. Its specific aim is encouraging China’s younger generations to be trustworthy and educating them about credit. 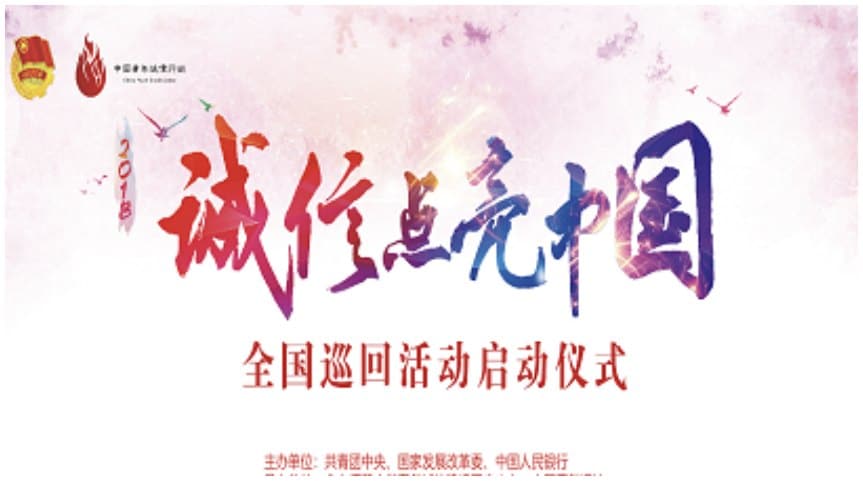 Last year, there was even a national ‘Creditworthiness Lights Up China’ tour, which visited 300 universities in 100 cities throughout the nation to teach young people about China’s establishment of the Social Credit System and the country’s nascent ‘trust culture’ at large (Xinhua 2018).

The Be as Good as Your Word music video focuses on the importance of trustworthiness in multiple realms of society. The scenes are set in various settings, showing school life, business meetings, and Chinese consumers embracing new technology. 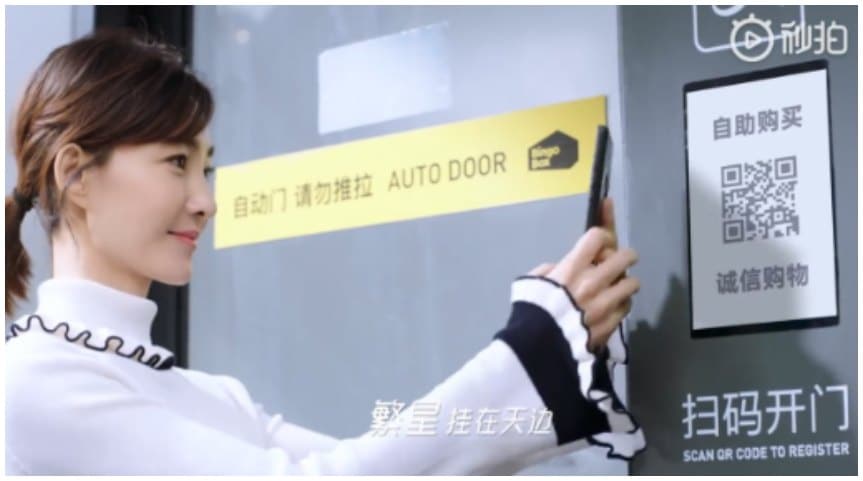 China’s sharing economy is specifically highlighted in the video, making it clear that ‘trustworthy’ people can enjoy the benefits of using shared bikes or credit-based libraries.

By also integrating these scenes, this video is not only about the nascent Social Credit scheme, but also about China becoming a more credit-based society overall.

The government’s plans on China’s ‘Social Credit System’ (社会信用体系), the Central Bank’s endeavors to build a stronger personal credit industry (个人征信行业), and commercial credit initiatives such as Alibaba’s Sesame Credit (芝麻信用), have been major developments over the past six years, all contributing to the ‘credit-ification’ of China.

“We’ll Build on Trustworthiness Together”

Since Be as Good as Your Word was launched on April 22, the initial post promoting the music video has been shared more than 492,400 times on Weibo. 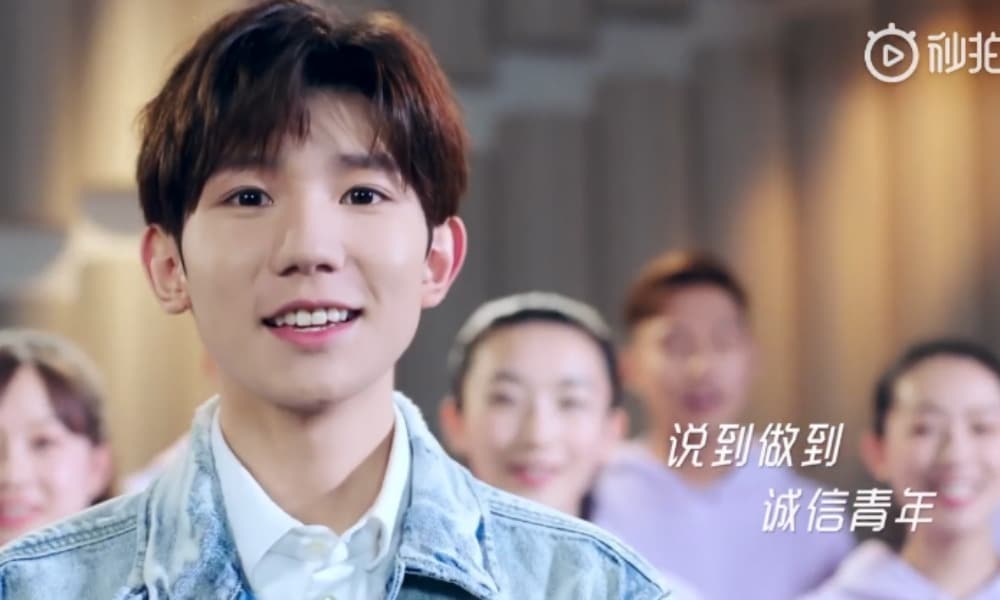 The video’s popularity, however, perhaps says more about the pop stars it features than the message it propagates.

Crystal Zhang, for example, has 15.6 million followers on her Weibo account. TFBoys member Roy Wang is among the top Weibo celebrities and has more than 72 million fans on his Weibo page.

“We’ll build on trustworthiness together with you, brother,” many fans write, with others stressing the importance of credit and trust. 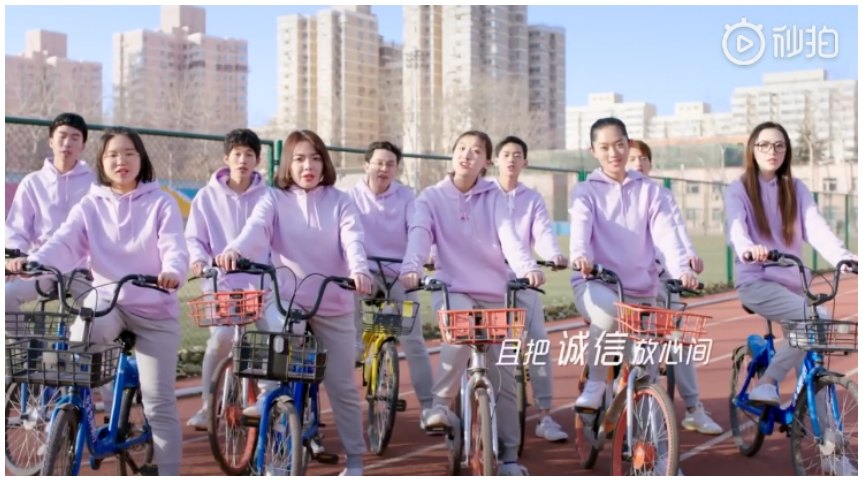 Although virtually no one among the thousands of commenters mentions Social Credit, the video seems to have reached its goal of propagating the concept of ‘trustworthiness’ among young people and reaching China’s music-loving, social media generations.

Check out the video here:

*’Credit China’ (信用中国) is translated as such here because the centralized website dedicated to the nascent Social Credit scheme is literally translated this way in English too (creditchina.org). The term itself, however, could also be translated as ‘Trustworthy China.’

USC. 2013. “Decision Of The Central Committee Of The Communist Party Of China On Some Major Issues Concerning Comprehensively Deepening The Reform, November 12, 2013.” USC, 12 November https://china.usc.edu/decision-central-committee-communist-party-china-some-major-issues-concerning-comprehensively [10.9.18].