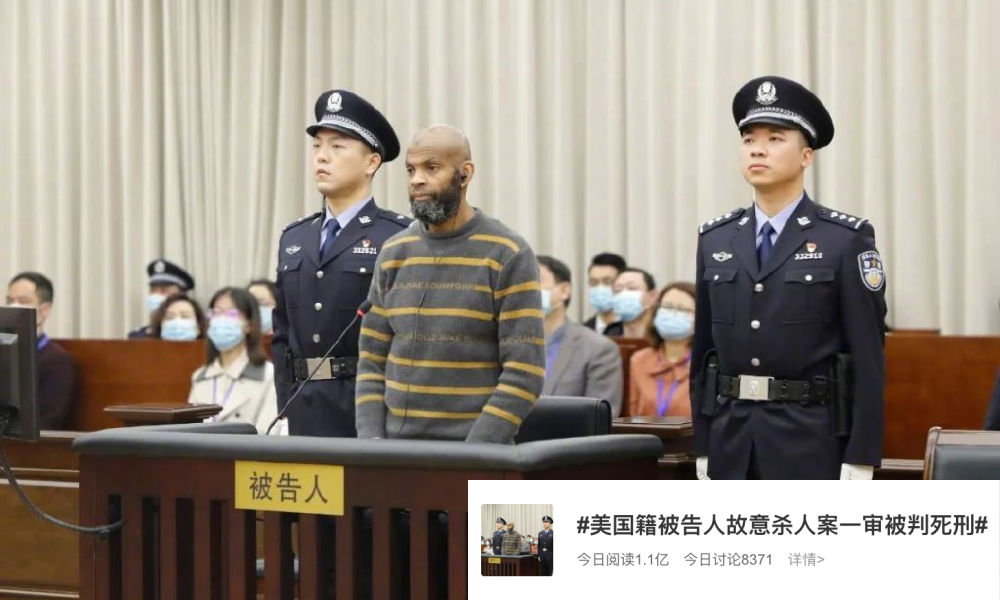 On Thursday, April 21, Chinese media outlets reported about a court case in which a China-based American citizen was sentenced to death for the murder of a Chinese woman in Ningbo, Zhejiang Province.

The defendant, Shadid Abdul Mateen (沙迪德·阿布杜梅亭), was sentenced at the Ningbo Intermediate People’s Court in Zhejiang Province on Thursday. He was found guilty of first-degree intentional homicide. 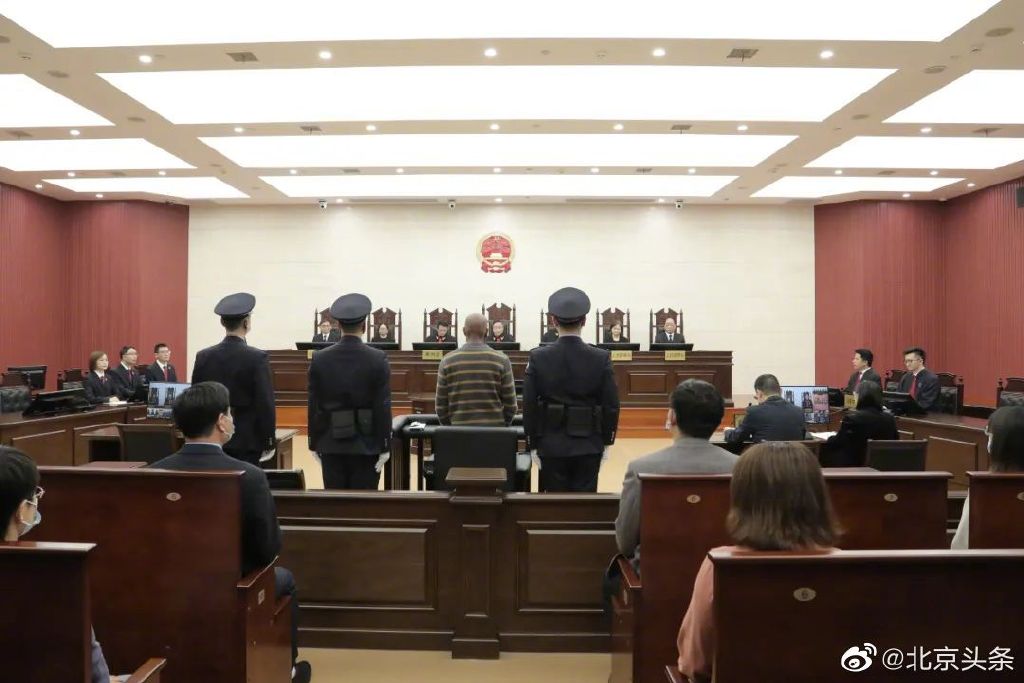 This case has received a lot of public attention in China, where it was previously referred to as the “June 14 foreign-related criminal case.”

On the evening of June 14, 2021, a young woman was fatally stabbed in the woods near Shiji Avenue. Four days later, local authorities issued an official statement regarding the detainment of the suspect, a non-Chinese foreign national, who had allegedly already confessed to the crime.

At the time, the case sparked a wave of anti-foreigner and racist comments on Weibo, where many speculated that the suspect was an African American male teacher at the Ningbo Institute of Engineering, the same school where the victim was a student.

Former Global Times editor Hu Xijin condemned the murder in a June 18 Weibo post, in which he then also argued that public opinion should avoid focusing on the nationality and race of the suspect.

Following the wave of discussions and speculations regarding the incident at the time, many posts and hashtags were taken offline.

According to today’s reports about the case, the defendant met the 21-year-old victim, Chen, in early 2019. The two developed a romantic relationship, but when Chen wanted to break up in May of 2021 she was threatened by the defendant, who did not want to break off their relationship.

On the night of the incident, Shadid Abdul Mateen and Chen reportedly met up to talk around 8pm near the Qingshuiqiao Intersection bus stop at Tongtu Road. The defendant had a knife with him, and stabbed Chen in the neck area multiple times around 9.48pm that same night. Chen also suffered stab and cut wounds in the face and died from blood loss.

News of the defendant getting the death sentence was widely shared on Chinese social media, where thousands of commenters supported the court’s decision. One hashtag about the topic (#美国籍被告人故意杀人案一审被判死刑#) received 110 million views within hours after it was first posted online.

The official account of the Communist Youth League also responded to the verdict, posting a photo of the news topic and just writing: “Death sentence!” with a smiley next to it. Others agree with the post, writing: “Finally, some good news.” 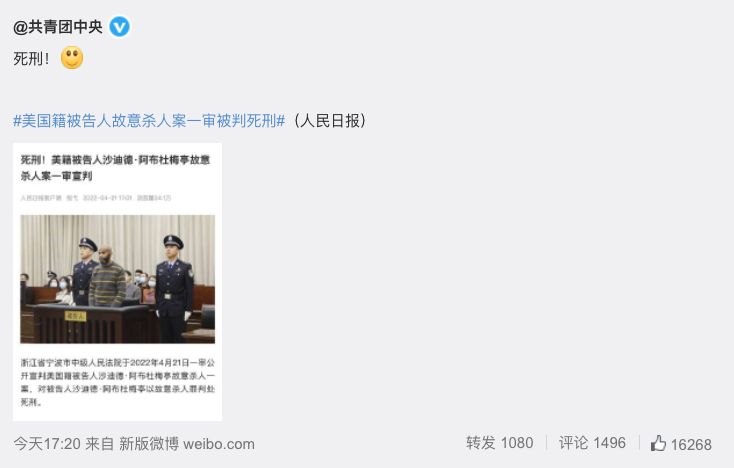