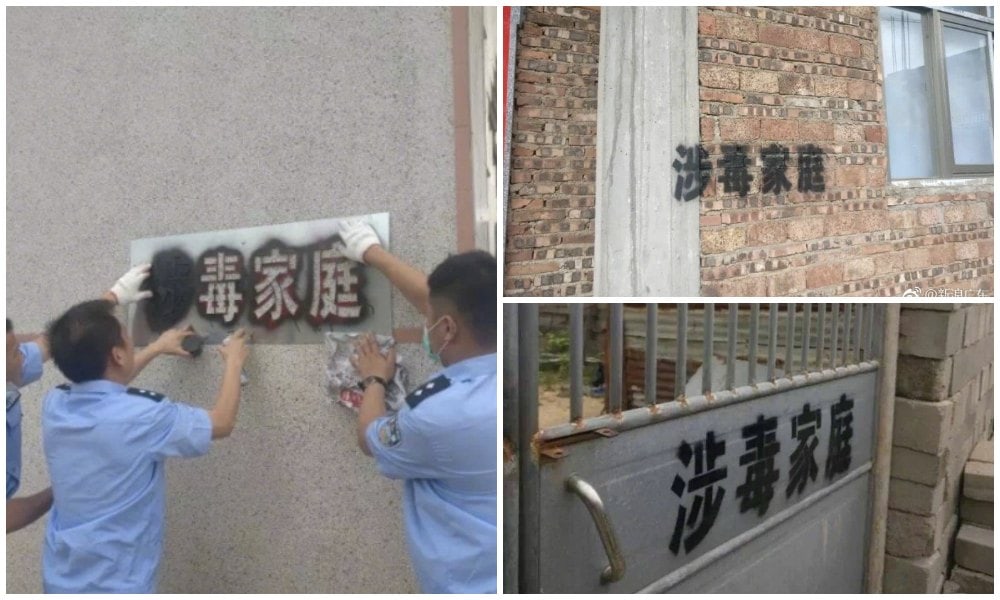 In a local anti-drugs campaign, at least ten households in a Guangdong village were publicly shamed by having the words “Drug Crimes in Family” sprayed on their walls or doors this week, leading to much commotion on Chinese social media.

The local authorities in a village in Huilai county, in the east of Guangdong province, organized a remarkable anti-drug campaign earlier this week; a team of Huilai law enforcement was ordered to go out and spray the words “Drug-Related Crimes in Family” (涉毒家庭) on the houses or doors of households where one or members have faced drug-related charges. 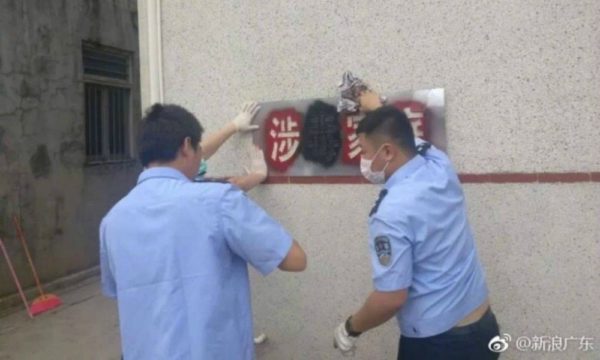 According to Sina Guangdong (@新浪广东) on Weibo, at least ten houses in the county were marked as “Drug Households.” 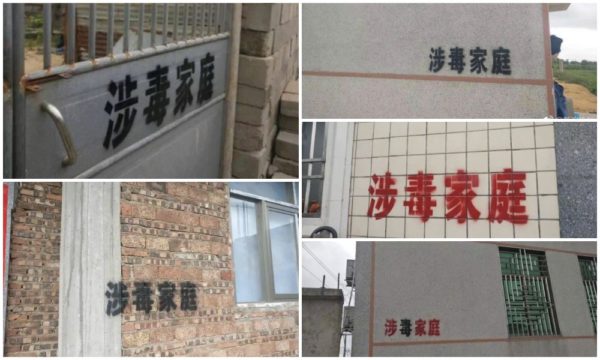 The new anti-drugs campaign, that uses public shaming as a way to warn others not to use drugs, has caused some commotion on Weibo, where many people did not agree with the strategy. 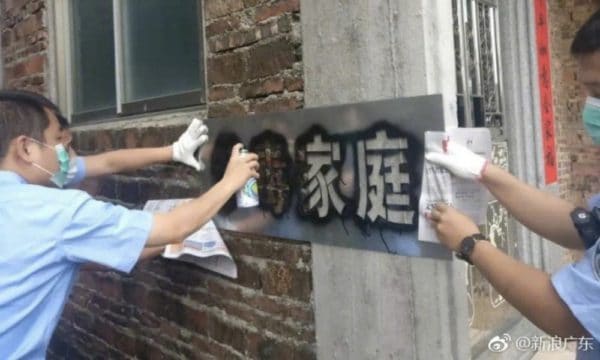 A main argument against the strategy is that people find it unfair that the families of drug offenders are also shamed, saying it is a case of “lián zuò” (连坐), “to treat as guilty those associated with an offender.” 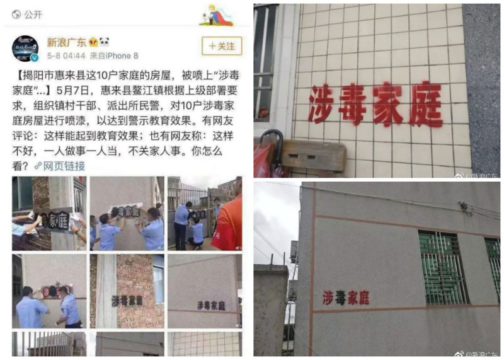 Others find the strategy itself crude and out-dated. “How is this different from the old society?” some wondered, with many netizens connecting this strategy to the movements of the 1960s and 1970s in China.

During the Cultural Revolution, it was common for people to be publicly shamed for their alleged crimes, sometimes by wearing derogatory signs around their necks. 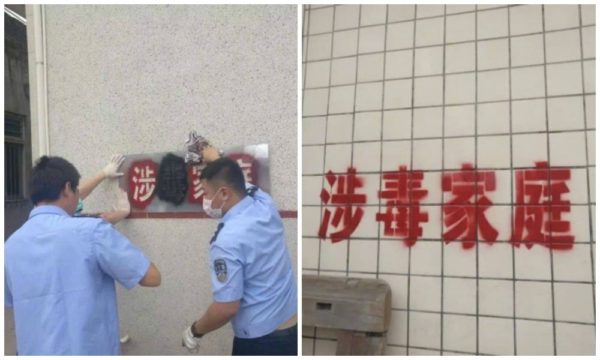 “This is fighting evil with evil,” one among thousands of commenters noted, using the Chinese concept of yǐdú gōngdú (以毒攻毒), literally meaning “to use a drugs/poison to cure a drugs/poison.” 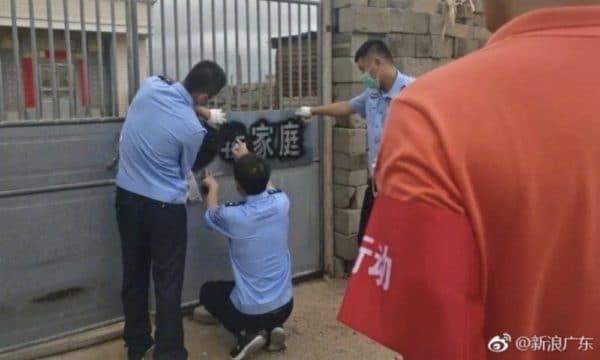 “I won’t even discuss whether this is reasonable or not – is it even legal?” another commenter wondered.

Some Chinese gangs also paint people’s doors or walls with red paint to threaten and intimidate them. 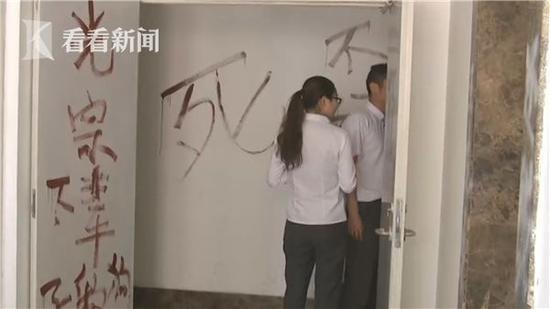 When gangs use paint as a way to intimidate.

By now, local authorities have responded to the online commotion on the public shaming campaign.

According to People’s Daily, a staff member from the Anti-Drug Office in Huilai County has stated that people had “realized it [the spraying] was inappropriate,” and that the removal of the slogans had already begun by yesterday night.