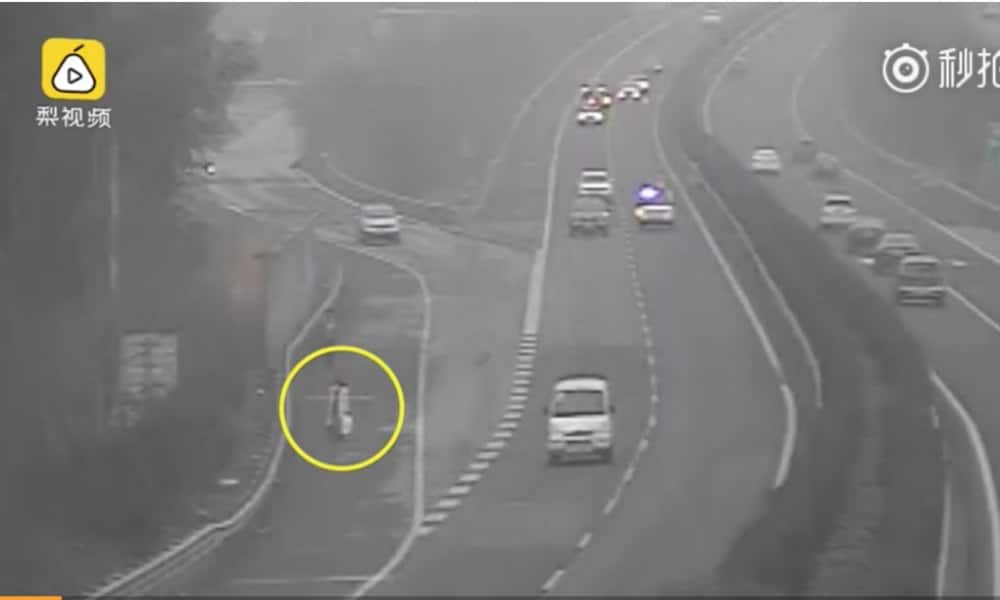 News of a Chinese woman being kicked out of the car beside a high-speed road by her boyfriend is making its rounds on Weibo today. What many netizens are especially astonished about, is that the couple is still together.

On February 20, Chinese newspaper People’s Daily reported on Weibo that a woman was kicked out of the car by her boyfriend on Sunday while driving home to celebrate Chinese New Year.

The incident occurred at the Zhejiang Hangzhou highway. Local traffic police spotted the woman walking by herself on the off-ramp, carrying a suitcase.

The woman reportedly was visibly upset and told the police that she was on her way to her Anhui hometown with her boyfriend when they got into an argument and he kicked her out of the car.

Footage of the woman wandering about the side of the highway was published on Weibo by online media outlet Pear Video, and was shared hundreds of times on Chinese social media on Tuesday. 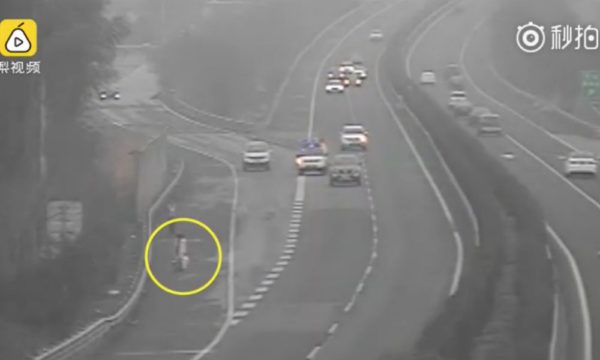 As reported by various Chinese news outlets, the woman’s boyfriend was later tracked down by police and apologized for leaving his girlfriend beside the highway. After a police mediation, the couple still continued their way to the New Year’s festivities together. 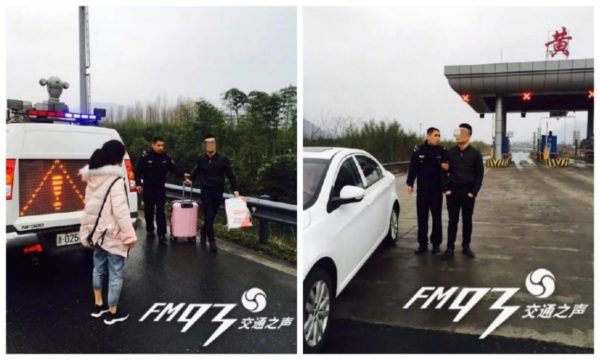 “Why didn’t she break up with him?!” many commenters on the news wonder.

“If you’re looking for a marriage partner, don’t pick him from a garbage dump,” some wrote.

In 2016, a fighting couple also shocked the online community when footage of a man putting his wife in the back of his car trunk at a Hebei gas station went viral on Weibo. 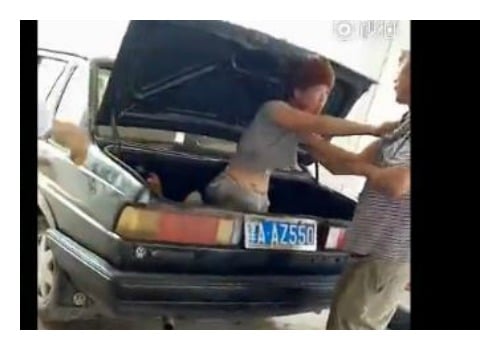 As for the couple in today’s new feature, most netizens just hope for one thing: “Whatever you do, do not marry him!”