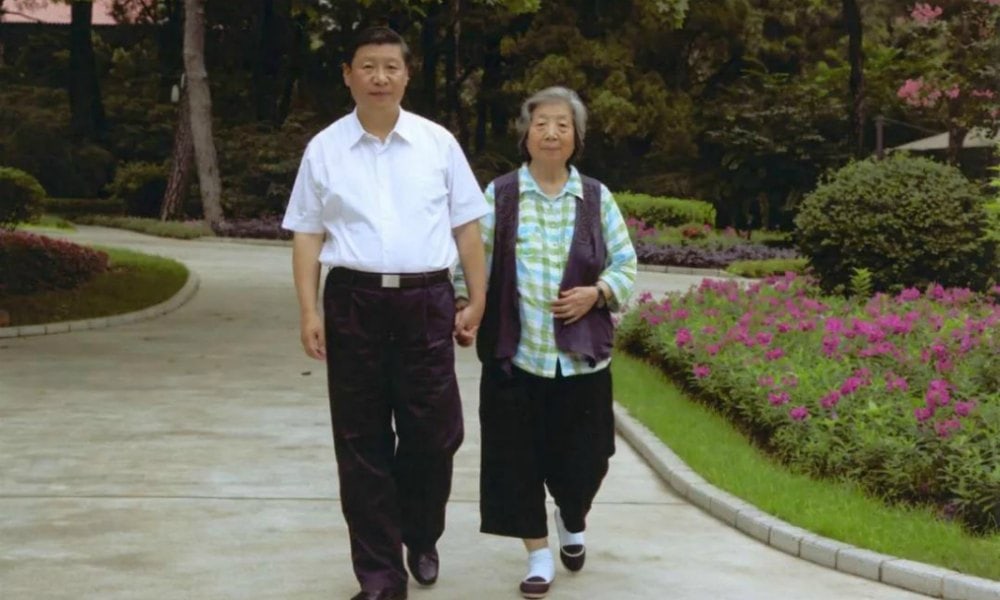 With the online ‘hold your mother’s hand’ campaign, various Chinese state media stress the idea of ‘homecoming’ and the importance of family ties. President Xi Jinping is represented as the perfect ‘family man’ leader.

During the Lunar New Year Holiday, the ‘coming home’ theme is always an important one on Chinese social media. For many people, the Spring Festival is the only time of the year to reunite with their families, something which is annually highlighted by media and social media users.

This year, however, it seems that Chinese state media outlets such as People’s Daily, China Daily, and CCTV have a special focus on the ‘homecoming’ theme. Besides subjects such as ‘China’s new era’, the Belt & Road Initiative, and the 40th anniversary of China’s Reform and Opening-up policy, the idea of people ‘coming home’ and being home in China was an important subject woven throughout the 2018 CCTV New Year Gala last Thursday.

The New Year Gala, that is China’s biggest live televised event, is produced by the CCTV and is an important opportunity for Chinese authorities to propagate political ideas and concepts.

This time, the show featured a comical sketch about a Taiwanese couple in the PRC, which was literally called ‘homecoming’ (回家). A special part of the show featured the ‘homecoming’ of a ‘national treasure’ painting to the Palace Museum. A public service ad broadcasted during the show also stressed the idea that there is ‘no place like home.’ 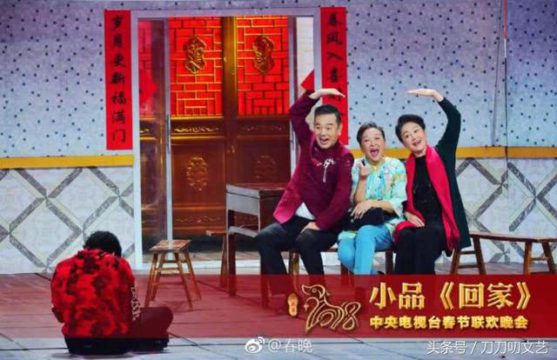 Comical skit during the 2018 Gala focused on ‘homecoming’.

But the ‘homecoming’ idea is also propagated beyond the Gala, as various online campaigns are now themed around ‘homecoming’ and family ties. One of them, featuring an image of Xi Jinping and his mother, was published by various official state media Weibo accounts.

“How long has it been since you spoke to your mum?”

On February 19, People’s Daily started its “Hold Mother’s Hand” (#牵妈妈的手#) social media campaign by posting a video about urban white-collar workers who are “too busy” to visit their mother.

The video first shows images of people at working, going into meetings, and sleeping at their desk. The voiceover says: “You want a stable job. You want to succeed in life. Be acknowledged by others. You want to stay ahead of others, or at least, you don’t wanna fall behind. You want a better future than the hard times in the present. You’re busy, super busy. (..)”

Then we see a woman at her desk, scrolling through her phone and looking at a picture of Xi Jinping walking hand in hand with his mother, with a Tang poem depicted beside it and read aloud by Xi (“慈母手中線，遊子身上衣”). The first part of the poem loosely translates as “The threads coming from a caring mother’s hand, are in the clothes of a traveling son.”

The smiles appear on people’s faces when they pick up the phone to call their mother and then go to visit her. “Go home for Spring Festival. Give your mum a hug, give yourself some warmth,” the final slogan says.

‘Daddy Xi’ as the “People’s Leader”

The campaign video was promoted online through the “Hold Your Mum’s Hand” hashtag #牵妈妈的手#, which had received 500 million views on Weibo by Monday night. 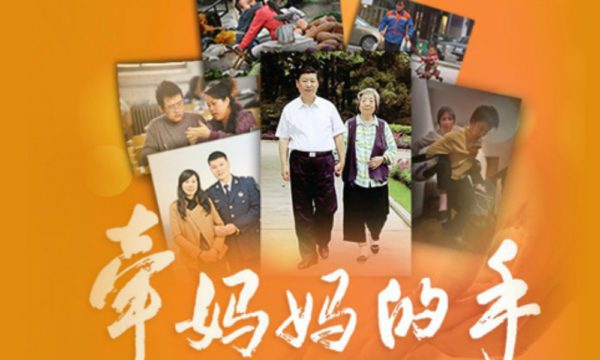 The photo of President Xi Jinping holding the hand of his mother, Qi Xin, was used in the campaign ‘profile’ photo. This image reiterates the idea of Xi as the ‘People’s Leader’ (“人民领袖”), an idea that was recently also propagated through another video by People’s Daily and CCTV, as described by Sinocism editor-in-chief Bill Bishop in “The People’s “Leader” Xi Jinping Gets A New Propaganda Title.”

New York Times reporter Chris Buckley (@ChuBailiang) noted that the new propaganda about Xi Jinping promotes the term “family-state realm” (家国天下), with Xi as the “father of the nation.”

The new CCTV propaganda about Xi Jinping is interesting not only because it hints that he may come from another planet, but also because it promotes the term "family-state realm" (家国天下) with Xi as the father of the nation. https://t.co/fQR5UfdrSC pic.twitter.com/ie6Sqb4aFZ

President Xi Jinping is also nicknamed “Xi Dada” or “Big Daddy Xi” because of his approachable and friendly image (although that moniker was banned from Chinese media in 2016).

It is not the first time that ‘homecoming’ and taking care of one’s parents is an important subject in state media propaganda; not just for the sake of promoting the image of China as a strong nation built on strong family ties, but also to actually encourage children to look after their parents.

China faces an aging population, and because of the One-Child Policy and the huge migration from rural to urban areas, there is a problem in providing sufficient care for China’s senior citizens. It is one of the reasons why children are spurred to visit their parents often – it was even stipulated in a 2013 law.

But there are also people who were seemingly affected by the campaign: “My mum is the best mother in the world. She’s invested so much in me. Now I feel so guilty,” one netizen said.

“I’m happy I could go home and see my parent’s this Chinese New Year,” another person commented below the video: “Their hair has turned white, but we get along better now – our bond is stronger than before.”

There are also commenters, however, who have different – more practical -concerns on the issue: “My mum doesn’t like holding my hand. She thinks it’s too mushy and says it feels like she’s holding a rat.”