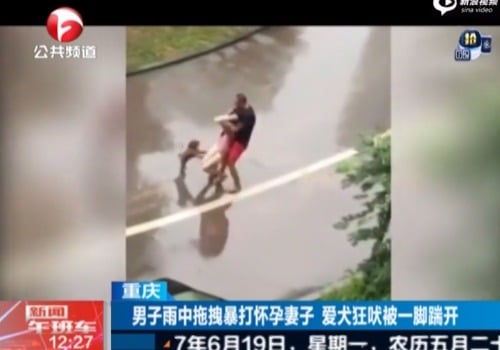 A video that shows how a man beats a pregnant woman on the rainy streets of Chongqing has sparked outrage on Chinese social media. Over recent years, footage showing domestic abuse in public often surfaces on Weibo – bystanders hardly ever intervene.

A video that captures a man beating his wife in the middle of a rainy street in a Chongqing neighborhood has triggered controversy on Chinese social media. The woman, who is reportedly pregnant, screams out while her husband drags her by the hair.

The man can also be seen kicking a little dog that is barking and clearly distressed. According to neighbors, the couple is often heard fighting and screaming.

The video was recorded in the district of Bishan, in the Nanhelijing neighborhood, on June 13. According to several sources, the couple already has a 1-year-old child.

Over recent years, public displays of domestic violence have frequently made headlines in China. In 2016, a video of a man slapping his wife and forcing her into the car trunk at a Hebei gas station sparked national outrage – also because bystanders filmed the incident and let the man drive away with the woman in the back of his car.

In April 2016, the assault of a woman in a Beijing hotel lobby also sparked wide discussion. Security cameras captured how bystanders and hotel staff did not help the woman when she was attacked by the man. Many people thought the man and woman were a married couple, which is why they allegedly did not intervene; domestic abuse is often considered a “private matter” that outsiders should not interfere with.

In 2016, another video also surfaced online that showed a man dragging a woman on the street by her hair. A neighborhood guard approached the couple, but just watched the scene and then turned around. Many other bystanders also did not do anything to stop the abuse. 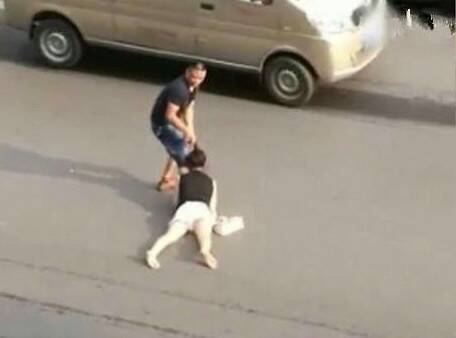 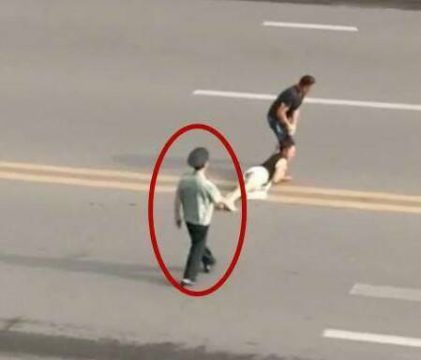 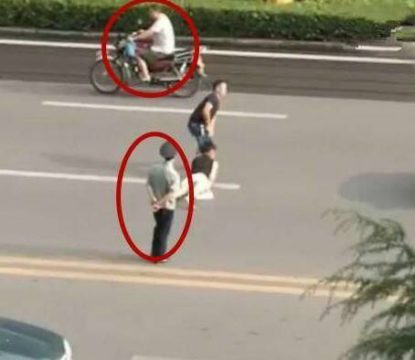 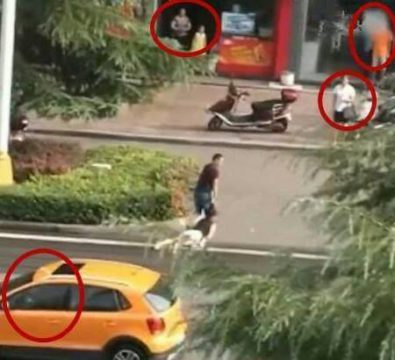 Although there has been increased public attention for domestic violence, especially since China launched its first law against domestic violence in 2016, violence between partners is still a widespread problem in China. In 2008, one study found that approximately 19.7% of women in China had experienced violence perpetrated by their male intimate partners (Tang & Lai 2008, in Cao et al 2014, 684).

In 2013, a survey from the All-China Women’s Federation reported that a quarter of Chinese women have suffered from domestic abuse at some point in their lives, although the actual number might be much higher (The Lancet 2016, 1028).

“No matter the reason, a man should never hit a woman in the first place,” one female Weibo netizen says: “But it’s even worse when it’s a man hitting a pregnant woman, who is his own wife. And then doing so in the pouring rain just makes it more despicable.”

“I also can’t understand any man so cruel to animals. It’s possible not to love animals, but it’s unthinkable to hurt them,” another commenter writes.

Many netizens wonder why the woman does not divorce the man. “It must be Stockholm Syndrome,” one person suggests (“斯德哥尔摩综合征”).

“Hopefully the baby she carries isn’t his,” some people write.

But some people also criticize the media for publishing this video. One Beijing netizen writes: “I always feel like this kind of news is just released by the media to trigger the public’s anger, without any professional ethical base to it. No matter who watches this, whether they’re strong or weak, they will all be angry about this. News that is just released like this, without any background details, often triggers anger and then turns out to have some other truth to it in the end (..), but then people are already on to the next piece of news that they can be angry about.”

When this incident was reported by Chinese media, the newsreader on television did remind people not just to film incidents such as these, but to always first call the police.

“The person who filmed this is truly ruthless,” one commenter said: “If they’d called the police straight away we wouldn’t even need to have seen this violence. If they were just taping this incident in order to hype it, we should strongly condemn it.”

Related Topics:china womenwomen in china
Up Next

Haidilao: Taking Chinese Hotpot to the Next Level

Weibo’s Photoshop Hero: What You See Is Not What You Get