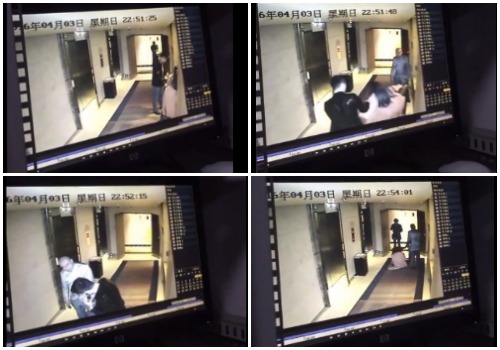 Video footage of a woman being attacked near a hotel known for prostitution in the popular Beijing 798 neighbourhood has gone viral on Weibo and WeChat. The case causes concern amongst netizens, who fear for women’s safety in the city.

One Sina Weibo one user named Wanwan_2016 from Hangzhou posted a surveillance video on April 4 that showed her being attacked by a man in a hotel hallway in Beijing’s popular 798 Art District. The assault occurred on Sunday evening, April 3rd, just before 11 pm.

The video caused a lot of commotion amongst China’s netizens for multiple reasons. One of the major things that angered people was that the video revealed how bystanders and hotel staff did not help the woman when she was attacked by the man. It also raised concerns about the safety of Chinese hotels like the one where the assault occurred – which are meet-up places for prostitution. Many netizens furthermore spoke of the fact that Chinese media initially hardly covered the topic. Lastly, the case also increased public awareness on women having to be able to defend themselves in such situations.

By now, the topic has become an online sensation that has been shared nearly a million times, attracting thousands of comments within a time frame of 48 hours.

“Why is it tolerated in the minds of Chinese people that wives or children are beaten?”

The video clip that went viral is actually a video of a video – recorded by the victim as she is shown the security footage of her own assault. During the clip, you can hear the woman commenting and crying as she sees the footage of her own attack. The footage shows how the woman is assaulted by a man as she is about to leave the hotel. The man first grabs her by the throat and then drags her to the street, just outside the view of the surveillance cameras. Although the woman reportedly cries out, people passing by do not help her. One hotel staff person stands by as the man makes a phone call to take the girl away, but does not intervene. If it had not been for another female hotel customer who stops the man by the end of the video, it is likely that the woman would have been abducted.

According to China.org, one of the reasons people did not help out might be because they thought that this was a quarreling couple. One popular comment on Weibo said: “Why is it tolerated in the minds of Chinese people that wives or children are beaten? How many times has it happened that suspects pretend to be spouses or head of the household, so that bystanders don’t care about their cruel acts?”

The comment raises a sensitive issue, as it is not the first time that perpetrators act as if the woman they are assaulting is actually their wife or girlfriend. In 2013, several stories of men dragging away women in the Beijing subway while pretending to be their husband or boyfriend also made their rounds on the internet.

“The problem is society’s indifferent attitude.”

Within hours after Wanwan herself posted the clip of her assault on her Weibo page, it was shared over 65,000 times, with netizens reacting in anger over the indifference of the hotel staff and bystanders. China.org reports that the hotel management issued an online statement saying that a fight between a man and a woman had taken place that night: “The hotel staff tried to separate them after hearing the noise. The man then made a phone call and tried to take the woman away. The woman sat down on the ground and called the police. When the man tried to drag the woman towards the emergency exit, he was stopped by a female customer and a hotel guard,” the statement said. 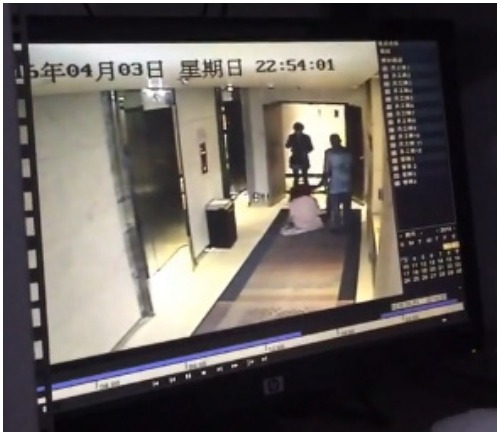 Through her Weibo account, Wanwan calls for people to share the video so that more people know about it, and women can learn from it to be more vigilant. She also hopes for justice in this case. The topic went viral under the hashtag of ‘Woman attacked at Yitel Hotel’ (#和颐酒店女生遇袭#). By Wednesday, the video was shared more than 920,000 times and had attracted over 260,000 comments.

One netizen pointed out: “The crucial problem here is a great shortcoming of our society, where people have become accustomed to showing an indifferent attitude. The problem is not about where this happened (..), it is about the state of society.”

“I am so disappointed.”

Weibo netizens worry for women’s safety in Beijing and condemn the hotel chain that Yitel belongs to, Home Inns, complaining that these kinds of hotels are often used for prostitution and other illegal activities, are unsafe and have bad service: “I hope this case will raise hotel staff’s awareness on the safety of its customers,” one netizen says.

Homeinn has again commented one the case through its Weibo account earlier today (April 6), saying that “the police is currently investigating this case and we are assisting them in this, we are in close contact with them, and will report more on this matter soon.” 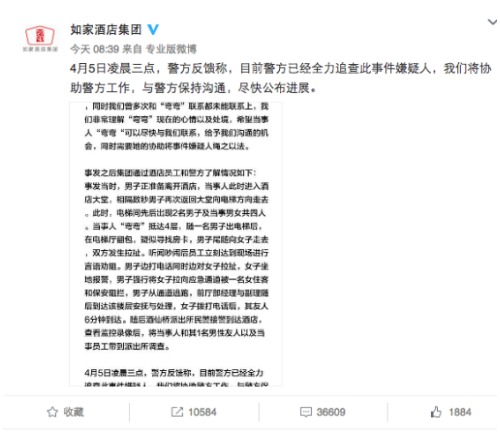 Through Sina Weibo, state media outlet People’s Daily warns all women: “Ladies, please pass this on. Safety guidelines for women. A woman from Hangzhou was attacked at a Beijing hotel and police is investigating the case. Please keep this in mind: 1. Please do not go to appointed places with strangers. 2. Do not go into dark streets at night by yourself. 3. Do not just open the door for anyone. 4. Do not cling to your property in dangerous situations.” 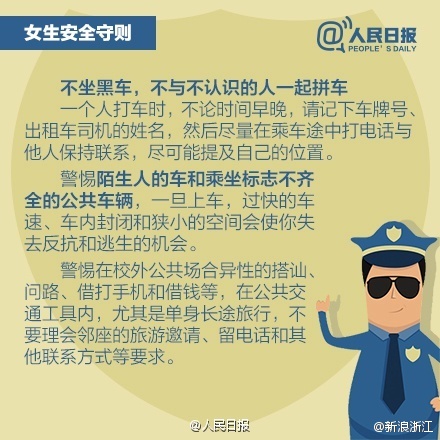 The guidelines also warn women not to take black cabs. Many netizens are critical about the warning as they feel that it puts the responsibility of an attack on the shoulders of women: “Isn’t it the job of the police to make sure we can safely go out?” one netizen wonders.

Wanwan herself only had one final reaction today to the media, police and hotel’s reactions: “I am so disappointed.”

Related Topics:China Beijingchina womenwomen in china
Up Next