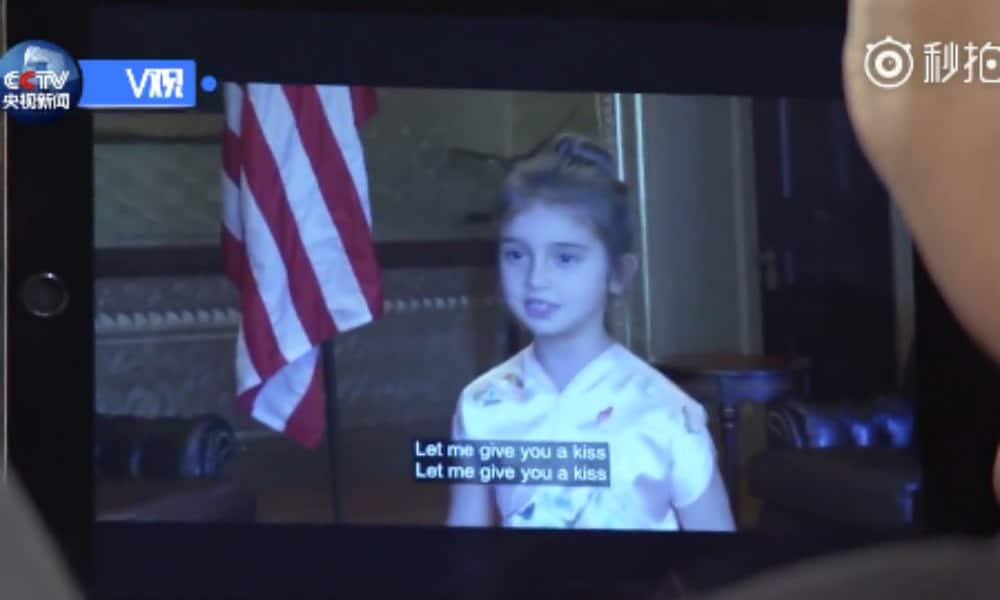 The talk of the day on Chinese social media during Trump’s first day in China is not the president himself, nor first lady Melania; it is granddaughter Arabella Kushner.

“Trump is here!” (#特朗普来了#) is all the talk on Chinese social media. With 62 million views by 9 pm Beijing time, the topic was among the top 3 trends of the day.

The American president landed in Beijing on Wednesday, November 8, as part of a five-nation Asia tour. Trump previously visited Tokyo and Seoul. 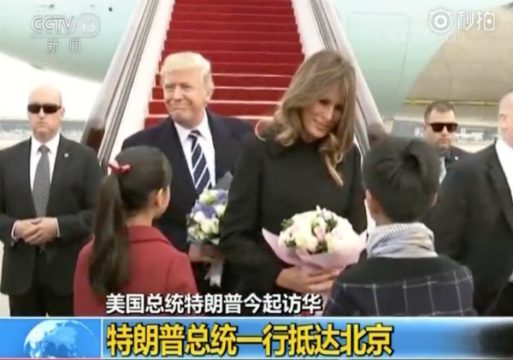 The President and first lady Melania Trump were welcomed by Xi Jinping and his wife Peng Liyuan, who joined them on a personal tour of Beijing’s Forbidden City.

The main topic being discussed today on Chinese social media regarding the first day of Trump’s visit to China is the video of Arabella Kushner for Xi Jinping, which received millions of views on Sina Weibo. It was widely shared online by Chinese official media outlets such as People’s Daily and CCTV. In the short video, that was shown to President Xi during an informal tea at the Forbidden City’s Baoyun Building of the Palace Museum, Trump’s granddaughter sings Chinese songs and recites some poetry. In the fragment, Arabella is dressed in a Chinese-style dress and stands before the American flag.

After viewing the video, President Xi and the first lady praise the girl for her Chinese skills. Arabella, born in 2011, is the daughter of Donald Trump’s daughter Ivanka and her husband Jared Kushner. She is not the only one in the family learning to speak Mandarin – she has two younger brothers who, as young as they are, are also already learning Chinese.

It is not the first time the young girl plays a role in US-China diplomacy. During Xi’s visit to the US in April of this year, Arabella also recited Chinese poetry for the Chinese president and the first lady. 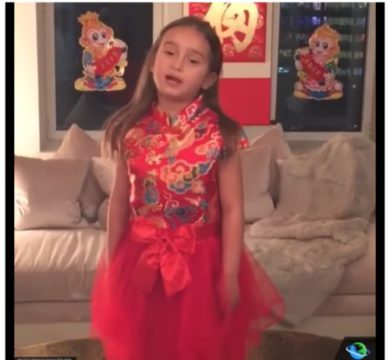 Arabella, at 5 years old, also sung a song in Mandarin for Chinese New Year in February. After that video, which was shared on Instagram, she visited the Chinese Embassy’s New Year’s Party in 2017 together with her mother Ivanka Trump.

On Weibo, reactions to the video are overall positive, with many describing it as “extremely cute,” and as “the best gift” Trump could bring during his visit.

There are also many people, however, who feel bad for Arabella for being used as part of a diplomatic ‘charme offensive’, having to perform and recite poems: “This is her life fate now.”

But others do not necessarily see Arabella’s role in Sino-US diplomacy as a bad thing. One of the most popular comments under the video, receiving thousands of likes, said: “This is an intelligent little girl. I hope she’ll be able to make even bigger contributions to a better China-US friendship in the future.”

Watch the video of Trump’s first day in China, and Arabella’s song, here: