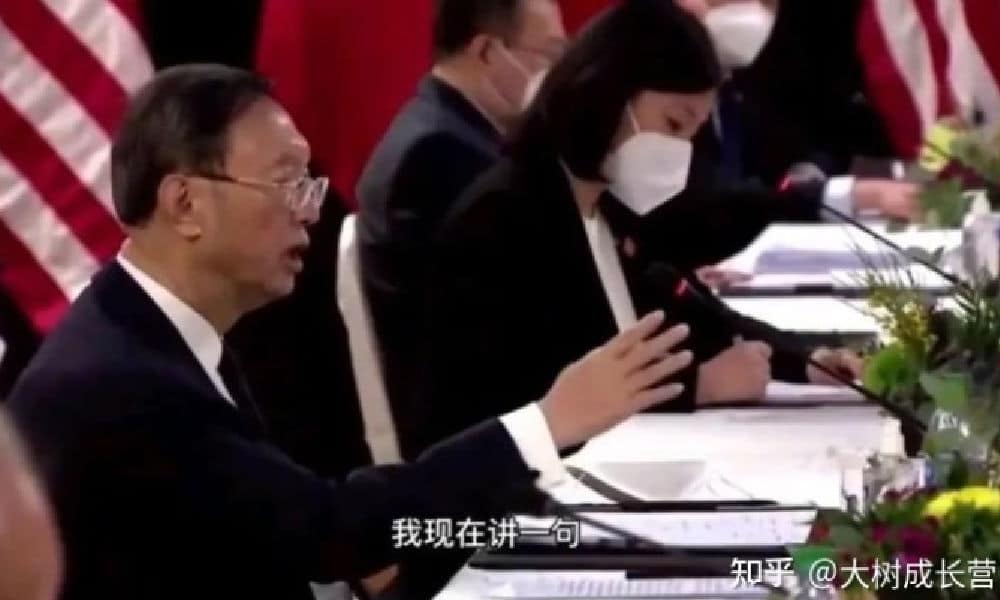 It probably was not easy to translate the tough talks at the high-level meeting between the U.S. and China in Anchorage. Chinese female translator Zhang Jing became an online hit in China for remaining unflustered, graceful, and accurate.

Over the past days, the U.S.-China strategic talks in Anchorage have been a major topic of discussion on Chinese social media.

The first major U.S.-China meeting of the Biden administration ended on Friday, March 19. Despite the tense start of the meeting and some describing the talks as a “diplomatic clash,” China’s top diplomat Yang Jiechi (杨洁篪) called the meeting “frank, constructive and helpful,” New York Times reports.

While international media focused on the meeting and what their outcome means for Sino-American relations and the foreign strategies of China and the U.S., many Weibo users focused on interpreter Zhang Jing (张京) who joined the meeting.

One video of the first session of the diplomatic talks shows how Yang Jiechi starts his response to the American side at 8.30 minutes, going on for over 15 minutes until the 24.36-minute mark. Next to him, interpreter Zhang Jing is fiercely taking notes.

When Yang is finished speaking, he glances to foreign minister Wang Yi on his right to let him speak, after which Zhang says, “Shall I first translate?”

While the U.S. side was awaiting the translation, Yang then says: “Ok, you translate,” adding in English: “It’s a test for the interpreter,” after which the American side says “We’re gonna give the translator a raise!”

To give a speedy translation of such a lengthy off-the-record speech is seen as a sign of Zhang’s utmost professionalism as an interpreter, which many on Weibo praise. “She’s my idol,” multiple people write.

It’s not the first time for Zhang to become an online hit. She was previously also called “the most beautiful interpreter” of the National Congress in 2013. 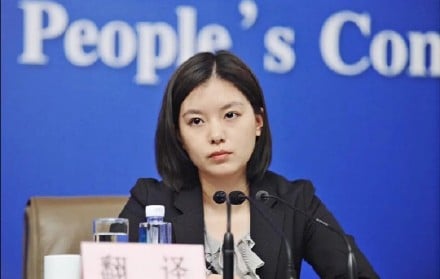 Being an interpreter is generally regarded an exciting and attractive job by many Chinese netizens, as the career involves much traveling and international contacts. But the ability to master another language than Chinese is also often admired.

In 2016, a TV drama titled The Interpreters (亲爱的翻译官) became a major hit, featuring Chinese actress Yang Mi who plays a Chinese-French interpreter on her way to start her professional career.

“Translators are usually the ‘heroes behind the scenes’,” one commenter writes, pointing out how rare it is for an interpreter to hit the limelight like this.

“There are still people saying it’s not important to learn English,” another Weibo user writes: “But if that were true, how could we educate brilliant interpreters like Zhang Jing? How else could we quarrel with Americans at the conference table?!”

Many who write about Zhang on Weibo say that she is an example or a role model to them: “I hope that my spoken English one day would be as excellent as hers. This motivates me to try even harder.”