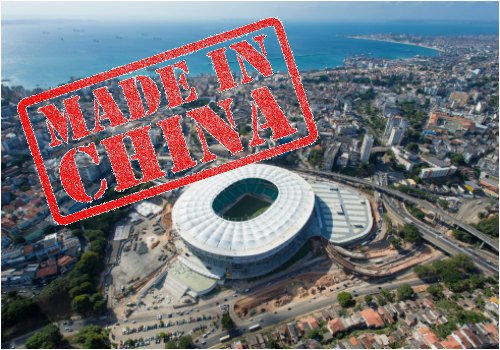 Chinese products and techniques have gained worldwide attention during the Rio Olympics. From made-in-China Olympic helmets and mosquito nets to its traditional cupping therapy – China gained more from the Rio Olympics than gold alone.

The Rio Olympics have done much good for the international image of ‘made in China’. Chinese news site Economic Daily recently reported that a variety of Chinese products have been used in this year’s Rio Olympics, ranging from eco-friendly tableware to air-conditioners. Even this year’s Olympic mascot was manufactured in China. “Made in China is everywhere”, CCTV reported.

According to Economic Daily (@经济日报), the prevalence of China-made products demonstrates China’s rise and its overall competitiveness in the global market. It is also said to give the world a more positive view of China’s image.

Chinese audiences on Sina Weibo praised the heightened presence of China-made products in the international arena: “Made in China! As a Chinese, I feel proud [of my country]!  Good job, China!” one Weibo netizen wrote.

Last week, the made in China design of the helmets of China’s gold-winning cycling track team made headlines. According to Chinese media, the special helmets were a good promotion of China’s design and cultural heritage. 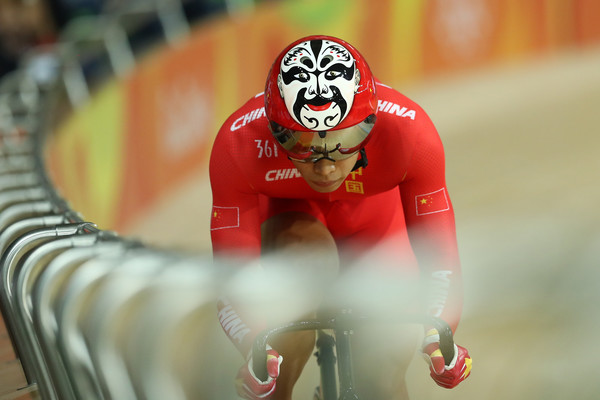 Mosquito nets played an important role at the Rio Olympics since the Zika virus became a major concern to the Olympic Games and its athletes.

Mosquitoes are the primary transmitters of the Zika virus, which has infected hundreds of thousands of people across Latin America, especially in Brazil. Many athletes, such as Australian golfer Jason Day, even withdrew from the Rio Olympics due to concerns over Zika. The virus is known to be especially harmful to pregnant women, as infection can result in severe brain malformations in the fetus and other birth defects.

Chinese mosquito nets, that have since long been used in households across China, became trending Olympic news in and outside the PRC when pictures of Chinese athletes under their efficient tents made its rounds across the internet. 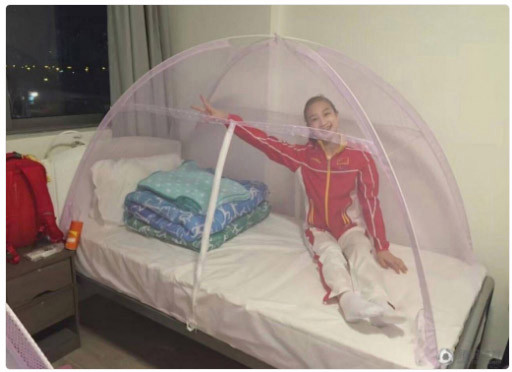 Chinese gymnast Feng Zhe said on Weibo that a foreigner even came to him to buy a mosquito net. On Twitter, Australian female basketball player Elizabeth Cambage shared pictures of herself with a made-in-China mosquito net. China’s e-commerce sites now even promote their mosquito nets as “2016 Olympic mosquito nets”.

After China’s completely mosquito-proof tents became popular in Rio, Chinese netizens started to list items that are widely used among Chinese households and yet less known to people in other regions. 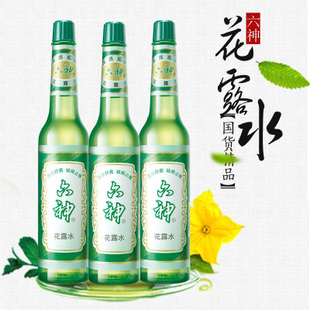 One of these products is Liushen Hua Lu Shui (or Liushen Florida Water, 六神花露水), another effective product against mosquitoes. This product has recently also been introduced to markets outside of China, where it has been well-received.

Interest in China’s traditional cupping therapy has also grown since US swimmer Michael Phelps won the Olympic medal with deep-purple, circular bruise-like patterns on his back, which drew international attention.

Phelps’s marks came from cupping, a Chinese technique that involves placing heated cups on the back that create skin suction. In traditional Chinese practice, cupping is used to reduce pain, loose muscles, and prevent skin inflammation.

In an interview with Sohu TV, Phelps touted the benefits of cupping and said: “For me, cupping works great. It releases some of the tensions I have on my shoulders, my back, and legs – I love it.” 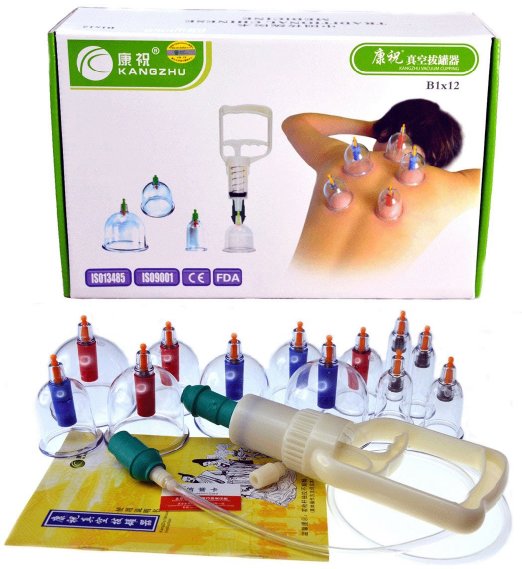 Phelps’s Olympic success and media coverage on the treatment preceding his race have led to an increase in the sales of cupping sets both in and outside China. On Taobao, the sales in cupping sets have almost doubled this month.

In making this plan, Chinese leaders emphasize the importance of innovation and quality over quantity in the Chinese manufacturing industry, hoping to move ‘made in China’ up the value chain by 2025. In accordance with this 2025 vision, more and more China-made products will appear in international events like the Olympics and beyond.

But the image of ‘made in China’ is still not all sunshine and roses. As Chinese products and techniques are getting more popular across the world, there are also more discussions on effectiveness and safety. The recent hype around Chinese cupping, for example, also raised discussions on whether or not the therapy works and how safe it is.

Earlier this summer, shocking images of a man being severely burnt through cupping were shared across the internet. Guokr.com, a website that seeks to popularize science in China, points out that cupping is still a rare and little-studied practice. Due to the potential risks associated with cupping therapy, such as burns and skin infections, Guokr does not recommend people try cupping on their own.

The growing interest for Chinese products indicates an increasing international acceptance of Chinese culture and ‘made in China’. Especially athletes and celebrities play an important role in the promotion of these products. But the existing negative connotations of ‘made in China’, that is often associated with low quality and safety hazards, is not likely to change overnight.

There are still nine years to go before the China’s “2025 Vision”. That means that after Rio, there will be four more Olympics that can serve as a platform for Chinese products to prove they’re golden. Who knows, made-in-China bobsleighs might just become all the rage in Pyeongchang 2018.