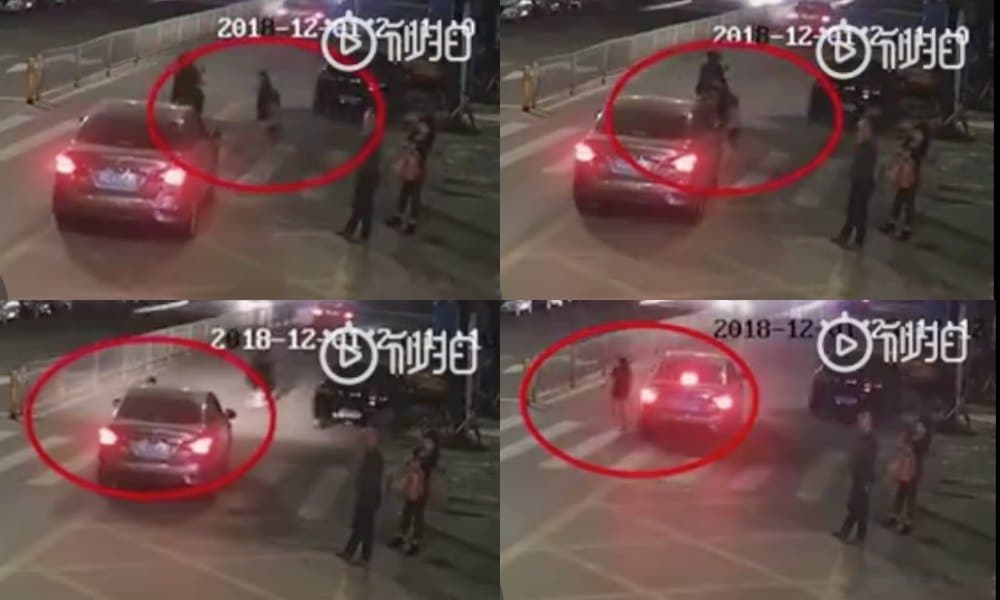 A 4-year-old girl lost her life in a pedestrian crossing incident that happened within a matter of seconds.

A terrible fatal incident that was caught on security cameras is receiving much attention on Chinese social media today.

The incident happened at a pedestrian crossing in Shenzhen on December 1st. A woman and a 4-year-old girl were crossing the road while a car was approaching.

Although the woman signals the car, the driver does not slow down for the pedestrian crossing. Within seconds, the little girl is hit and crushed by the vehicle.

The 4-year-old was rushed to the hospital, but tragically did not survive.

The security footage below shows the incident (warning that viewer discretion is advised).

According to Shenzhen police, the driver of the car was not paying attention to the road when the crash occurred. It concerns an inexperienced driver who had only obtained their driver’s license five months ago.

People’s Daily reports that, according to the driver’s statement, they were paying attention to the electric bicycle in front of the car, and did not notice the pedestrians crossing the road.

On Weibo, not everyone believes this story though, with one popular comment saying that it was a case of “killing someone on purpose.”

Some comment that the bright lights of the vehicle coming from the other side might have impaired the driver’s vision.

Others questioned the woman’s actions: “Is she crazy? Why would you still cross the road when you see that the car is not slowing down?”

In online discussions on who is to blame for this incident, there are many who think the “mother” [it has not been disclosed if the woman was actually the child’s mother] was “irresponsible.” “You cannot let your own safety fully depend on whether or not the driver is paying attention.”

Traffic safety is a recurring topic on Chinese social media. Around 200,000 people lose their lives every year due to road traffic crashes.

At time of writing, the hashtag “Little girl is crushed to death on pedestrian crossing” (#女童过斑马线被碾压致死#) has received more than 170 million views on Weibo.

“What’s the use in discussing [who’s responsible]?”, others say: “A little girl has lost her life!”