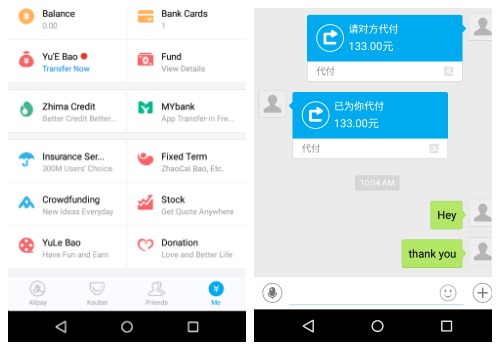 It was not long after Alipay (also referred to as ‘China’s Paypal’) launched its new group chat feature “Circles” on November 27 that the function sparked huge controversy on Chinese social media.

Although the “Circles” function was initially intended to make the Alipay app a more versatile platform, it was soon flooded with sexy pictures by female users.

Some app groups soon turned into a platform where hundreds of women posted sexy pictures tempting men to spend some digital money.

The Alipay app, that is owned by Ant Financial Services (蚂蚁金服), previously already allowed users to interact with each other; besides just sending payments, users could also send each other texts, pictures, voice messages, short videos or their location.

Various features within the Alipay app (What’s on Weibo).

The new social feature “Circles” (生活圈) now also makes it possible for users to interact in categorical groups. But here’s the catch: some of these groups only allow specific users (like ‘female college students’) to post, and only allows people with a high credit score to comment.

By limiting the chat groups to allowing users of a certain sex (female) to post, while only allowing other users above a certain credit score to comment/interact, Alipay’s new feature became an overnight success, but perhaps not in the way it hoped to be.

Some app groups, such as the one named ‘Campus Diary’ (校园日记), soon turned into a platform where hundreds of women posted sexy pictures to tempt men or other users with a high credit score to spend some of their digital money.

The incident led to outrage on Sina Weibo, which was especially caused by Chinese businessman Wang Sicong (王思聪).

On November 27, Wang Sicong, who has over 21.4 million followers on Weibo, posted: ““O2O [online to offline] prostitution is f-cking amazing.” He also made a word joke with an Alipay logo saying: “Pay the pimp” (translation by Quartz/Huang).

Wang’s post was the beginning of a social media storm, where many netizens were upset that the finance app had turned into a raunchy place: “Our internet is controlled by scum!”, one person said.

Others were also upset that they were not allowed to join social groups because of their sex (“Only women are allowed to post in this group”) or because their credit score was too low: “Alipay won’t let me post! What is this supposed to mean?”

“How could Alipay have been so stupid?”

On November 29, Chinese media reported that Ant Financial’s director Peng Lei (彭蕾) apologized for the controversy caused by Alipay’s new feature and that the most controversial groups had immediately been removed from Circles.

In a public statement, Peng admitted that Alipay had made a “mistake”, and said that the past two days had been the “most difficult” in the 7-year-long work for Alipay.

In the evening of November 29 (Beijing time), many Weibo users reported that the ‘Circles’ function had been entirely closed down. 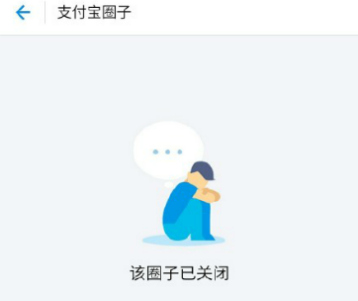 “How could Alipay have been so stupid?”, many netizens wonder.

“Some friends of my added many new Alipay friends over the past two days to heighten their credit score so that they could comment on college girls,” one Weibo user said.

The height of one’s Alipay credit score, named Sesame Credit Score (芝麻信用分), is based on various factors, such as one’s financial standing, purchases, address, number of friends, etc. The ‘Campus Diary’ group only allowed users with a credit score over 750 points to join, which apparently made some users frantically look for new friends to heighten their score. 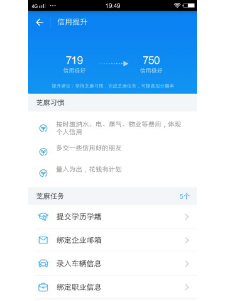 Inviting friends to Alipay will heighten your credit score.

“This shows that there are many prostitutes among college students,” one Weibo commenter said: “You should track down those who exposed themselves.”

There are also some who don’t see what all the fuss is about: “They [Alipay] are just creating new business opportunities for college students!”

Uber China Shuts Down Old App: This is What It Means