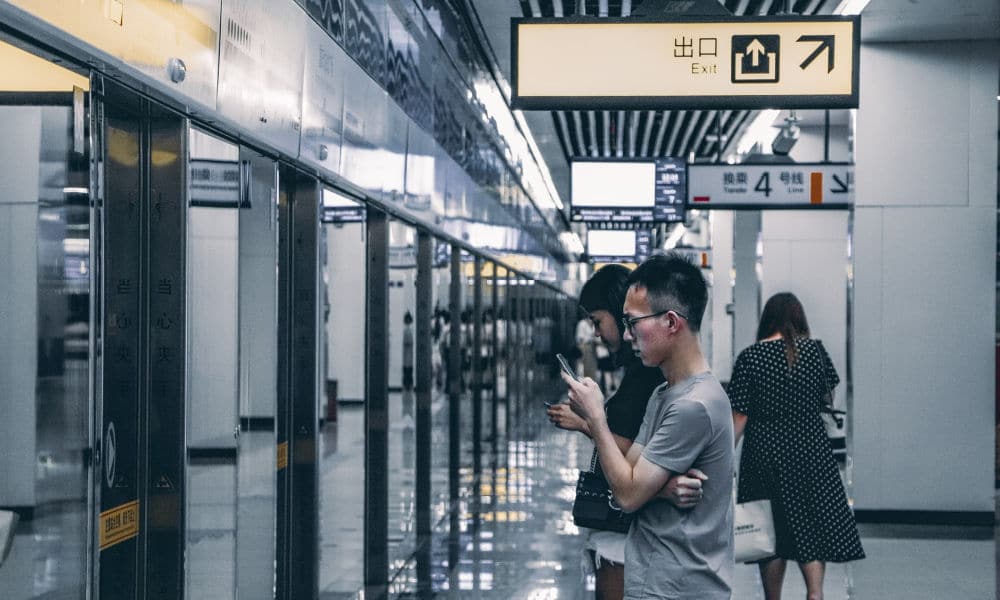 The death of a 22-year-old woman working at Chinese e-commerce company Pinduoduo is dominating discussions on Weibo today.

The female employee named Zhang died in the early morning of December 29. Zhang collapsed while she was on her way home from work with some colleagues at 1:30. She was soon taken to a local Urumqi hospital, where she passed away six hours later. Zhang was cremated on January 3rd.

Zhang started working at Pinduoduo in July 2019. She worked for the community group buying unit Duoduo Maicai (多多买菜) in Xinjiang.

On social media, her sudden death is linked to working overtime hours. Unverified screenshots reveal statements from acquaintances of Zhang and other people allegedly working for Pinduoduo, claiming the company’s overwork culture is putting an enormous strain on its employees.

One of the reasons why the news of Zhang’s death has become so big on Chinese social media is a post published on Q&A social platform Zhihu.com on the morning of January 4th.

After news of Zhang’s death made its rounds on social media since January 3rd, one Zhihu user asked netizens about the case and whether or not the Pinduoduo company should be held responsible. The official Pinduoduo account on Zhihu then responded to the original poster: 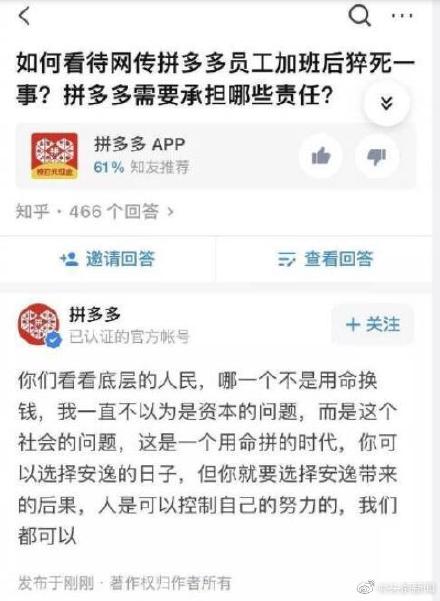 “Look at the people at the bottom [of society]. Who’s not exchanging their life for money? I never thought of it as a problem of capitalism but as a social problem. This is the era of hard work. You can choose to spend your days easy and comfortably. But you have to accept the consequences of ease and comfort. People can control their own efforts – we all can. ”

The comment triggered anger among social media users for being insensitive and suggesting that working around the clock, and the consequences that come with it, is also someone’s own choice. Many people argue that working overtime has become the norm in an employment market where leaving one’s job or turning down long hours is simply not an option for many. 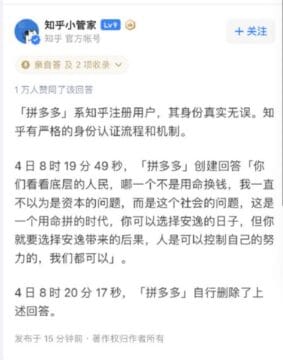 Pinduoduo then apologized for the post, stating it was posted by a person who had worked for Pinduoduo’s marketing department during New Year’s Eve, after which they had not logged out from the official channel on their private smartphone.

The person had replied to the thread on Zhang’s death with their own personal point of view, and had deleted their comment the moment they realized it was sent from the official Pinduoduo account instead of their personal Zhihu account.

Young Professionals Working Themselves to Death

Despite Pinduoduo’s apologies, discussions about Zhang’s death have not cooled down. In many posts, China’s ‘996’ working culture – a common work schedule where employees work from 9:00 am-9:00 pm, 6 days per week – is blamed for harming the health of young workers.

China’s post-90s, younger (urban and well-educated) workers are at the heart of this discussion since they face stress and pressure when entering the highly competitive employment market to find the top job so many graduates are aiming for.

When they do land that in-demand job, they are often also stressed and pressured to keep it. These jobs might come with relatively high salaries and future possibilities to higher positions, but often also require working long hours and doing unpaid overwork.

Although (illegal) overtime may endanger workers’ health due to the excessive long working hours, it is still commonplace. Over recent years, some stories of young professionals literally working themselves to death – also known by the Japanese term ‘karoshi’ – have made headlines.

In 2011, the story of the 25-year-old PwC auditor Pan Jie went viral on Sina Weibo when doctors concluded that her overwork at the company might have played a crucial role in her death. Likewise, the behind-the-desk death of a 24-year-old Ogilvy employee in Beijing and the 2016 death of Jin Bo, deputy editor-in-chief of one of China’s leading online forums, all prompted calls for increased public awareness on the risks of overwork – especially among young professionals.

As 996 work schedules have become a big topic on Weibo again today, some are calling it a “tumor” of China’s work culture.

Zhang’s case is currently being investigated by the Shanghai Labor Supervision Department.

We will update on this story if more news comes out, please follow us on Twitter for the latest news.