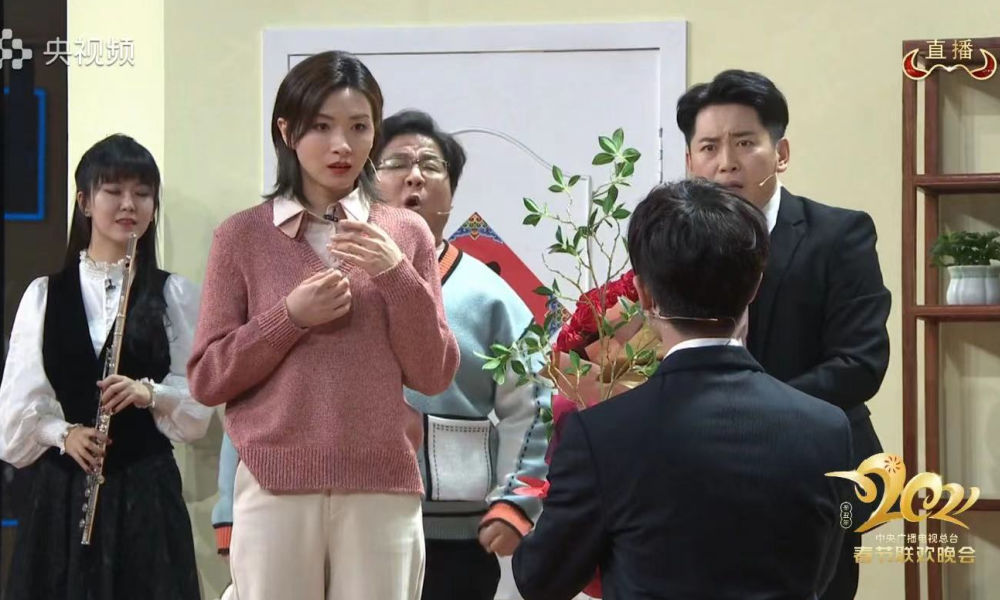 Although watching the Gala together with family members has become an annual tradition for Chinese families for several decades already, the show’s comic sketches and skits – often the highlights of the show – are becoming increasingly controversial and less popular in recent years.

In earlier decades, the xiaopin (comic sketch) was the best-received type of performance of the Gala for evoking laughter among the audiences. The various xiaopin shows are filled with puns, funny lines, and plot twists to entertain the viewers.1

Over recent years, these comic acts performed during the Spring Festival Gala have come to center more on social issues such as environmental protection, corruption, social morals, migrant workers, and family affairs – including those concerning love and marriage. Many of the performances in this year’s Gala followed a ‘happy beginning with sad endings’ plot, conveying more sophisticated messages and values that many viewers did not appreciate.

These seemingly changing undertones are also a reason why younger generations often say they prefer spending time online instead of watching the Gala. Some young people say they feel the Spring Festival Gala is losing the real “Spring Festival atmosphere” (“年味”).

By now, the Gala is increasingly known for triggering controversy online.

In 2015, the Gala was criticized for being misogynistic. One of the sketches titled “Goddesses and Tomboys” (“女神和女汉子”) marked a contrast between an ‘iron woman’ or ‘tomboy’ (女汉子) and a ‘goddess’ (女神) by depicting the first as a single chubby woman and the second as a succesful slim model, which critics deemed to be stereotypical and sexist. The same show also drew criticism for depicting ‘leftover women,’ unmarried women over 30, as unwanted and second-hand goods. 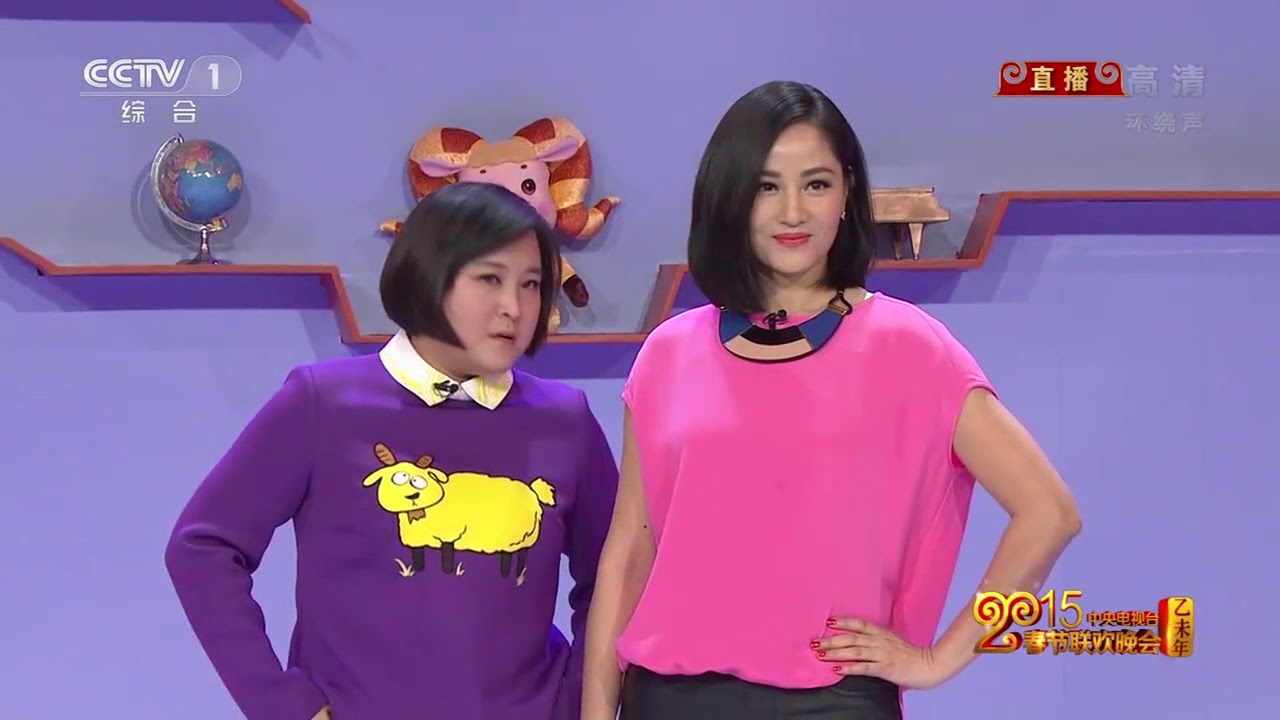 In 2017, another controversial sketch titled “Permanent True Love” (“真情永驻”) seemed to convey that women have an obligation to reproduce. The featuring female character voluntarily asked to divorce her husband after she had a miscarriage, out of consideration for his supposed right to offspring. 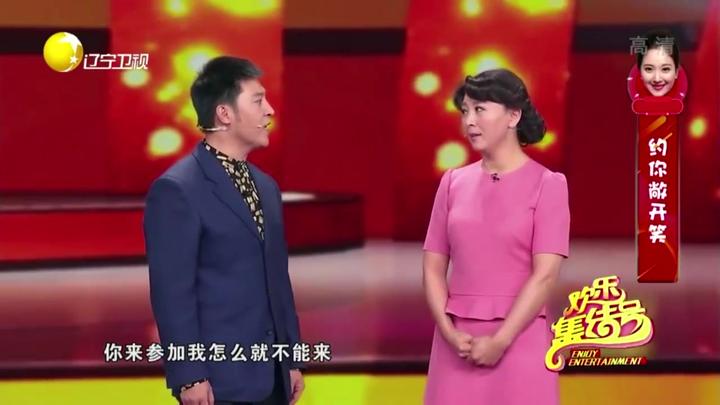 In 2018, a comedy sketch titled “Share the Same Joy and Happiness” (“同喜同乐”), which included an actress wearing blackface, struck the wrong note with many social media users, who deemed it ‘inappropriate’, ‘offensive’, and ‘racist.’

This year, the Gala also was not without controversies. One sketch titled “Happiness towards Spring” (“开往春天的幸福”) was meant to emphasize the love between couples but drew criticism for the sexist jokes it contained. One of the male characters in the scene compared his ex-wife to an ugly villain when she does not wear make-up saying: “Have you seen her take off her makeup？No brows! Once we ate together face to face, and she held a pair of chopsticks, with the light flashing, and I thought she was Voldemort.” 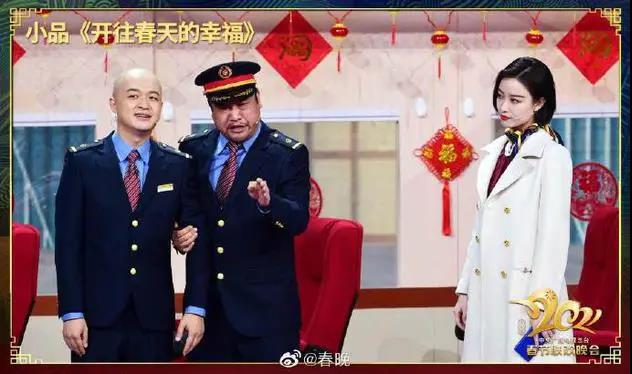 Similar jokes and puns reappeared several times. Many viewers criticized the exaggerated banter over women transforming once their make-up is removed, with some commenting: “These lines are delivering a simple message that women with makeup are pretty, while women without makeup are invariably ugly and sloppy.”

Another skit titled “Urged to Get Married Every Holiday” (“每逢佳节被催婚”) attracted online attention as well for containing lines like “My daughter is already 28 yet still has no boyfriend” and for referring to unmarried people as “Single Dogs” (单身狗) – a term that initially appeared in 2011 as a buzzword filled with self-mockery before the term developed a strong negative connotation.

Bloggers and web users expressed that the use of these kinds of insensitive terms in the Gala made them feel uncomfortable, only adding to the anxiety and self-loathing they already feel in a time of major social pressure.

“I have been urged to get married countless times by my relatives these days already, do I still also have to be insulted in this skit, too?” some Weibo users said, with others wondering if there was “something wrong” with the director of the show for embarrassing unmarried people like this. 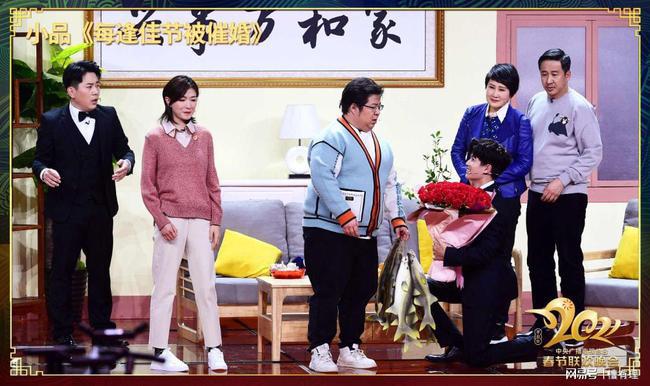 Still from “Urged to Marry Every Holiday” (每逢佳节被催婚).

Over recent years, there are more online discussions regarding the pressure faced by women to get married and how women (and their appearance) are portrayed in the media. There is a growing public awareness about gender discrimination and inequality, with campaigns on women’s rights also being highlighted by Chinese official media. The media’s stigmatization and stereotyping of women are topics that are now more often challenged and questioned on Chinese social media.

Although many female web users spoke out against the misrepresentation and distortion of female roles in the Gala, there were also commenters who advocated a more lighthearted approach, writing things such as: “Don’t overreact, these gendered jokes only serve a theatrical purpose.” Others argue that people are only looking for the negative messages in sketches that are meant to be positive, with one Weibo user wondering about all the controversy: “Are we even watching the same Gala?!”

The diverse discussions regarding the Gala and how it represents gender roles do not stand by themselves – they are a signal of a bigger movement questioning the representation of gender roles in Chinese popular culture. Since these discussions won’t die out any time soon, we can expect more of these controversies to surface again in the Galas to come.

Want to know more about the Gala? What’s on Weibo did a liveblog, check it out here.

Edited for clarity by Manya Koetse