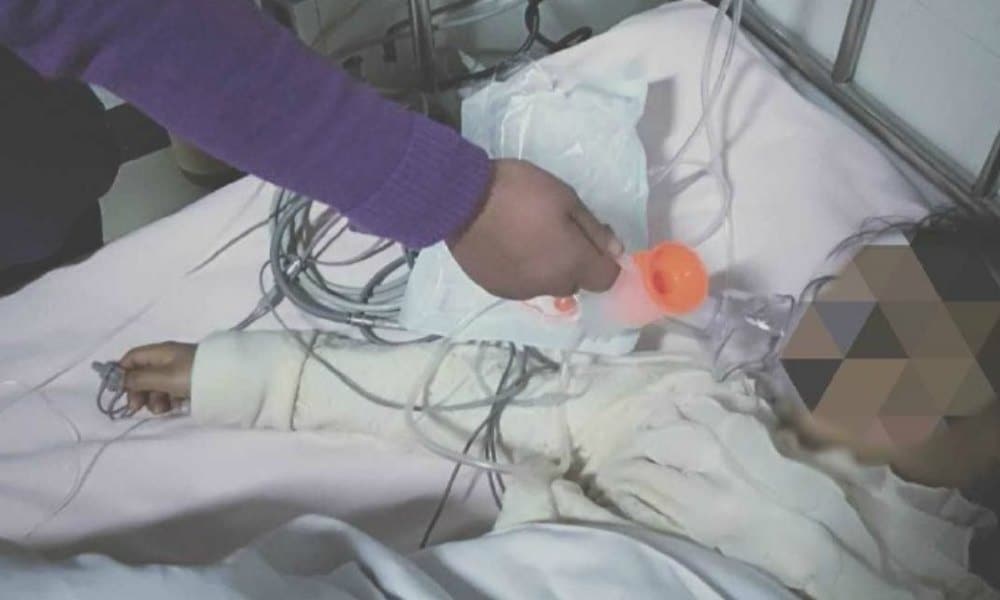 A shocking case in which a 6- and 7-year-old boy attacked and sexually abused a fellow classmate has attracted much attention on Chinese social media. The fact that the boys, nor their teacher, will be punished for the incident is a cause of concern for many Chinese netizens.

The violent attack and sexual assault by two young boys on a female classmate has attracted wide attention on Chinese social media this week – especially because those involved are only eight years old and younger.

On January 13, the Ning County Public Security Bureau in Gansu Province came out with a statement about the incident, that occurred in the afternoon of December 14th. Two boys, 7- and 6-year-old respectively, beat up their 8-year-old classmate, pulled down her pants, and violated her with a broomstick.

According to the statement, the brutal assault followed after the girl had taken the eraser of one boy, and had not given back the one yuan ($0,15) she had borrowed from the other. The director and the vice-director of the school have since been suspended from their position.

The incident came to light after the girl had arrived home from school the day it had occurred. When the girl’s grandmother noticed something was wrong with her, she contacted the school and brought the young girl to the emergency room. She was later transferred to Xi’an Children’s hospital for further examination, where it was found that her genitals were seriously injured. She was released five days later to recover at home.

In a video published by Toutiao News, the grandmother of the little girl claims that, according to the girl, the teacher stood by as her classmates attacked her. That same teacher had accused the girl of stealing her lipstick earlier that day, but later on found the item in the teacher’s desk drawer.

The (former) director of the school has denied any involvement of the teacher in the incident. The Public Security Bureau has neither confirmed nor denied if there is any truth to the girl’s allegations.

On Chinese social media platform Weibo, many netizens question the teacher’s involvement in the matter. Soon after the official statement, the hashtag “Did You Take My Lipstick?” (#你拿我口红了吗#) reached over 50,000 views on Weibo. Meanwhile, the hashtag “Principal Dismissed after Gansu Girl Sustains Injuries” (#甘肃女孩受伤事件校长免职#) received over 260 million views.

In the comment sections, people asked questions about the possible relation between the ‘lipstick incident’ and the young boys attacking the girl in such a violent way.

One Weibo user wrote: “Where do such young children get the idea to get a broomstick and violate a girl? I have many children around me of that age, they do get into fights with each another, but I have never seen that kind of behavior before.” Another user pointed out: “How can it remain unnoticed if two boys pull down a girl’s pants and violate her with a broomstick? And how can it be that no teacher saw the girl using a big pile of tissues cleaning up her own blood!?”

Another aspect of this story that is at the center of online discussions is the fact that the two minors legally cannot be held responsible for their deeds. According to article 8 and 12 of China’s Public Security Administration laws, minors can only bear criminal responsibility from the age of 14 years.

According to Chinese media outlet The Observer, the Public Security Bureau did order the guardians of both boys to strictly discipline their children. According to law, the parents are liable for their children’s misconduct.

However, for many netizens, this doesn’t provide justice for the girl’s suffering. On Weibo, many people express their dissatisfaction with the legislation on minors, and criticize the law for not doing enough in protecting minor victims. In the eyes of many, the two boys should be punished severely.

On Weibo, one user wrote: “I can’t believe it, this law is implemented to protect minors, but who is protecting this minor victim!!?”

Some netizens take it a step further and wish the girl could take justice in her own hands. “I hope the little girl gets to take revenge on the boys, after all, they are all minors, and she can’t be punished according to the law,” a typical comment on Weibo said.

At time of writing, there has been no official statement yet about the girl’s wellbeing at this moment and whether or not she gets to be transferred to a different school.

China’s Peppa Pig Movie Promo Craze: Understanding the Video and the Trend Behind It

“What Is Peppa?” – Viral Ad Campaign for ‘Peppa Pig’ Movie Makes the British Pig More Chinese Than Ever