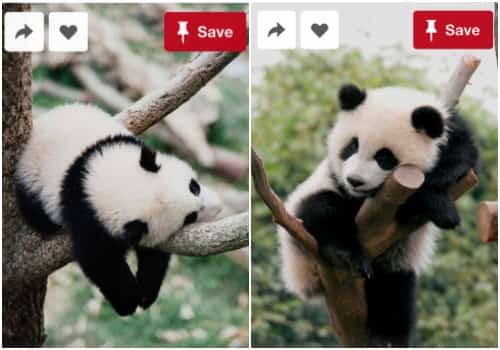 After Instagram, Tumblr, Snapchat, and Picasa, popular image-sharing Pinterest is now also blocked in China. Chinese netizens are angry and disappointed, while some are outright devastated.

“Pinterest is blocked, am I supposed to look for fashion pictures on Baidu now?! F*ck!”, one girl named Cherry wrote on Sina Weibo today. She is not the only one who is disgruntled to discover the site is no longer accessible from within the People’s Republic of China (PRC); since the popular image-sharing platform has been added to the list of blocked websites, many Chinese netizens have responded with anger and disappointment, while some are simply devastated.

“A waterfall of tears now that Pinterest is blocked! Designers are crying in the toilet!”

Photo-sharing website Pinterest was launched in 2009 and became popular in mainland China in 2012, which was also around the time when Chinese clones, such as Huaban, Mogujie or Meilishuo, mushroomed in the PRC. 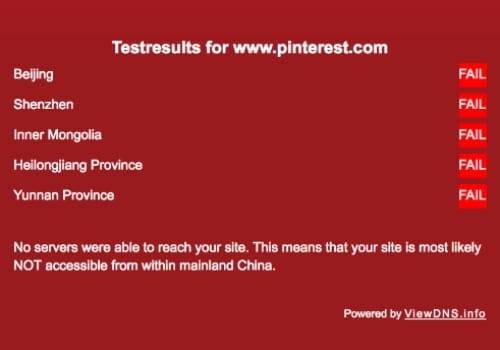 The website allows users to “pin” images from the internet, categorize them on different boards and place and share them with their followers. The site is especially popular among people in creative industries, such as fashion, design, or photography.

“Why are designer websites now also blocked?! Why Why Why!!! All my image material is on Pinterest, aaaaah! Go f*ck yourself!!!”, one desperate commenter wrote on Weibo.

Others are also angered and unhappy with the site’s sudden disappearance: “This is so sad. All my images, all my boards, all my source material…”

One blogger wrote: “A waterfall of tears now that Pinterest is blocked! Designers are crying in the toilet!”

“Can someone please explain why Pinterest is shut off?”

Besides the anger, there is also confusion among Weibo users on the motivations behind the blocking, as Pinterest is mainly focused on fashion, food, home design, etc, and is not a platform known for any controversial or political issues: “Why is Pinterest shut off? All my images are there!”, one person said. “Why are good things like this shut down? Damn it!”

“Can someone please explain why Pinterest is shut off?”, user @Kerwin德芙 said. “I simply can’t understand why first Medium was blocked, and now Pinterest,” another person wrote. Story-sharing site Medium was blocked in China in 2016. 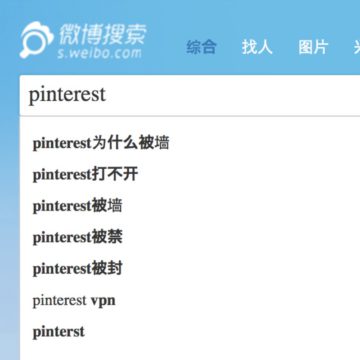 Chinese netizens first noticed that Pinterest was unavailable in mainland China on March 9, when a user of online message board Douban said that the platform had suddenly become inaccessible without warning.

Although Pinterest is mainly a design and fashion-focused platform, it also has users who use it for more political purposes. Historical photos are also widely shared on the site – also those of events such as the Tiananmen demonstrations, that are usually censored in China.

According to Techcrunch, the blocking might have to do with the ‘Two Sessions,’ the annual gathering of China’s governing classes, which is taking place in Beijing.

Despite the angry reactions on Weibo, mainland media have not report anything on the blockage of Pinterest.

Related Topics:china censorship
Up Next