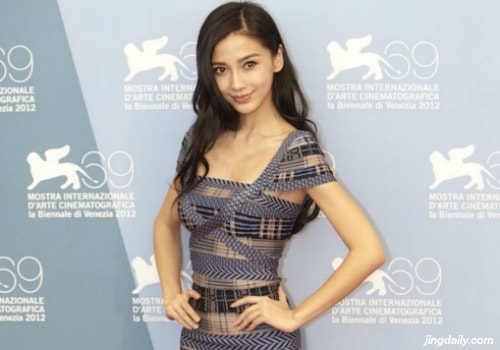 With over 80 million Weibo fans, “China’s Kim Kardashian” Yang Ying a.k.a. Angelababy is one of China’s most-followed celebrities on social media. Despite her many Weibo fans, Chinese Dior lovers are not happy about her recent appointment as the brand’s ambassador. – This article was originally posted by our friends at Jing Daily. –

Parisian fashion powerhouse Christian Dior is being harshly criticized on social media for its appointment of Chinese actress Yang Ying, aka Angelababy, as its first brand ambassador in China. Yang, who has been called the “Kim Kardashian of China” (and spent $31 million on her wedding—more than Kardashian spent on hers), said in a video that Dior is her “favorite brand.”

Almost immediately upon publication on Dior’s official Weibo and WeChat accounts on April 28, the news exploded on China’s social media. By the time of this publication, the number of comments under the original Weibo post topped 50,000 (and it’s been reposted more than 750,000 times), dwarfing Dior’s average Weibo engagement.

“Shocking!” wrote “William sabixi” on Weibo. “Why did Dior decide to destroy its high-end public image?”

Another commenter, “BETTERemma,” wrote: “Does Dior really believe Angelababy can boost its sales? The brand should really do more market research when making decisions like this one.”

The Controversy Stems from Claims of Plastic Surgery

The discontent by the Chinese online community with Yang’s new role at Dior stems in part from the controversy surrounding reports that she had had plastic surgery.

In 2012, Ruili, a beauty clinic in Beijing, published an article on its website claiming Yang had had plastic surgery. Yang sued the clinic for defamation and the case dragged on in court for several years, resulting in a bizarre public examination of the actress’s face at a plastic surgery hospital in Beijing. The hospital’s chief claimed her looks were authentic, saying, according to the BBC, “Baby’s entire head and facial bones do not have any signs of incisions.”

Critics also contend that Yang, who rose to fame in 2014 on the reality television show Hurry Up, Brother and who started a venture capital fund (AB Capital) for investments in women’s lifestyle start-ups, pales in comparison to the brand’s roster of previous international ambassadors, including A-list Hollywood celebrities Charlize Theron and Natalie Portman. 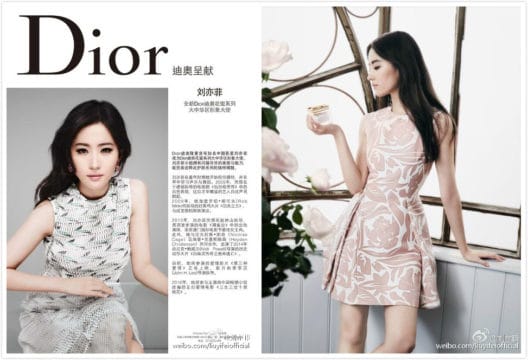 Dior has worked closely with another Chinese address Liu Yifei in the past, which has aroused the curiosity among Chinese people why Liu was not chosen as the brand’s ambassador.

Some consumers have even pledged to stop purchasing Dior products as a result of Yang’s appointment.

“It’s time for me to say goodbye to the brand that I’ve loved for more than 10 years,” said one commenter.

The Brand’s Response, or Lack Thereof

So far, the brand has been mum over the fierce reactions online and Dior representatives have not responded to a request for comment from this site. Since that initial announcement, there have also been no further posts about Yang on the official account, which has featured instead several commercials with the supermodel Bella Hadid.

The hubbub is similar to one experienced years ago by another French luxury brand, Chanel, when it appointed Hong Kong-born American singer Coco Lee as its regional ambassador. Consumers in Hong Kong at the time thought Lee’s public image was too disgraceful to represent the brand. The furor caused Chanel to finally end its relationship with Lee. Swiss watchmaker Jaeger LeCoultre’s recent collaboration with sensational online blogger Papi Jiang met with similar criticism.

But other collaborations of this kind have fared better with young Chinese audiences. Burberry’s collaboration with Chinese-born Canadian boy band star Kris Wu was popular as was singer Luhan as the face of Cartier.

The announcement of the arrangement with Yang came just days after luxury conglomerate LVMH Moët Hennessey bought out minority shareholders at Christian Dior for $13 billion.

– By Yiling (Sienna) Pan for @JingDaily

Yiling (Sienna) Pan is a Luxury Business and Fashion Reporter at Jing Daily. She revels in the challenge of working in a fast-paced environment and presenting Chinese consumer trends to Western readers. Her coverage of the Chinese luxury industry combines a native perspective with her background in finance. Yiling is an alumnus of Thomson Reuters News Agency in Shanghai and she holds a Master’s degree in Public Administration from Columbia University.