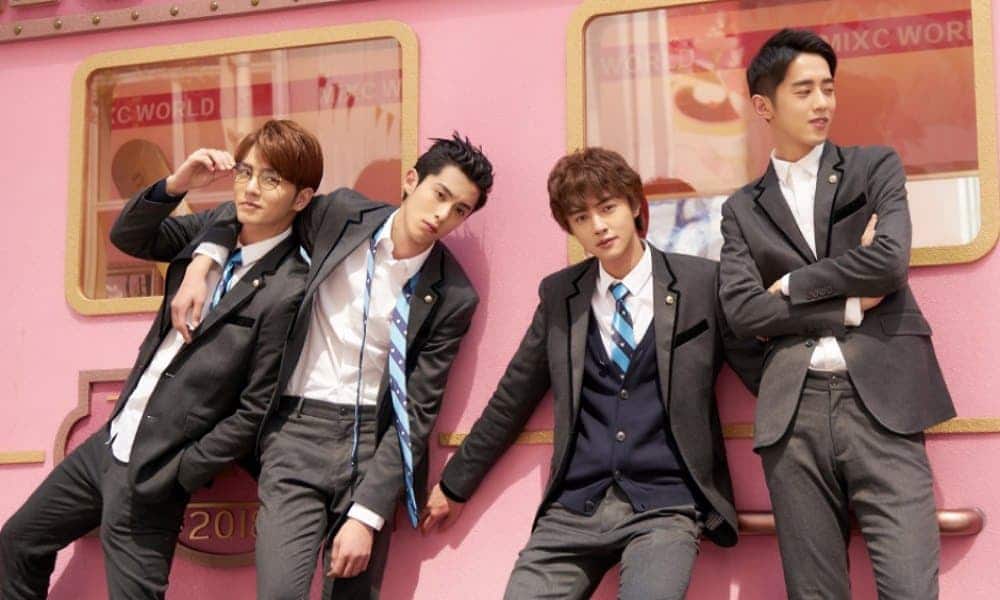 This month, a well-known Chinese educational program for children that featured a ‘feminine-looking’ boyband ignited discussions on masculinity in China. What’s on Weibo provides an overview of Chinese media’s stance on the recent discussion, and an introduction to five popular social media slang terms stereotyping Chinese men.

At the beginning of this month, a discussion about the meaning of ‘masculinity’ sparked discussions on Chinese social media. Discussions started when Chinese state broadcaster CCTV aired Back to School: The First Class (开学第一课).

The programme is an annual educational television program by CCTV and the Ministry of Education, dedicated to the celebration of the new school year. The show, that had one of the highest viewers ratings since years, opened with a performance of the boy band New F4 (新F4).

The boy band New F4 consists of Guan Hong (官鸿), Dylan (王鹤棣), Wu Xize (吴希泽), and Liang Jingkang (梁靖康). In China, the four young men are known to be ‘feminine-looking’ or so-called ‘sissies’ (娘炮男), meaning they pay much attention to their clothing, hair, and make-up. 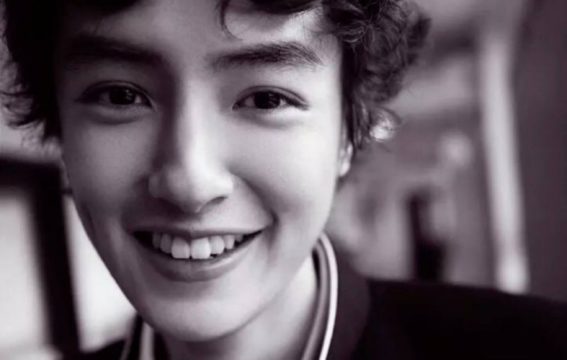 Since the airing of the ‘Back to School’ programme, many parents questioned the suitability of the performance of New F4, calling for some more ‘masculinity’ (“阳刚之气”) on social media. They criticized the program for being “too entertaining” and having “not enough educational value.”

“ (..) “these sissies promote an unhealthy and unnatural culture which has a not-to-underestimate negative impact on the youth. The sissy culture, driven by consumption, challenges the public order and worships a decadent lifestyle.“

Within a few hours after Xinhua News published the article, a column published on the platform of Party newspaper People’s Daily (author @百家号) responded with an article titled ‘People’s Daily Review: What Should Today’s ‘Masculine Traits’ be?’ (人民日报评论：什么是今天该有的“男性气质”) questioning the definition and purpose of masculinity in modern society.

” (..) modern society broadened the perception of aesthetics, and in a mature society, people should be tolerant towards other people and no longer [should] evaluate a person based on its gender characteristics only.”

Later in the article, the author proposes a new construction of masculinity; one that has not much to do with one’s appearance but more with one’s inner qualities. It also criticizes the use of derogatory terms such as ‘sissy’ for failing to “respect individual choices.”

This is not the first time that a voice featured on a People’s Daily platform supports so-called feminine-looking men. On the 13th of August this year, the People’s Daily Overseas Edition also published an editorial article, calling for tolerance towards this new lifestyle.

On Chinese social media, there are also many netizens who see no threat in the rising popularity of the androgyne looking men. A typical comment said:

“What is a good man? A good man’s most essential qualities are to have an idea and be responsible, be brave and kind. These are the things that are important. Only looking at somebody’s appearance is too simplistic.”

Other Weibo users responded: “Determining whether a man is effeminate or not has nothing to do with his appearance. It can be found his sense of responsibility.”

Also, the hashtag “I’ve deleted the names of people who call feminine-looking men names” (#骂娘炮的人已经被我拉黑了#), initiated by the Chinese edition of News China, has since gone viral on Chinese social media.

But the supposed ‘disappearance of masculinity’ also led many to worry about an alleged ‘masculinity crisis.’

One Weibo user wrote a typical comment saying: “Men should stand up and be more masculine!”, with many more praising Xinhua for sending out a strong and clear message, warning society for the rise of ‘sissy-culture’.

This is not the first time that there is talk of a supposed ‘crisis of masculinity’. Throughout the years, various terms have popped up on Chinese social media defining certain types of men and their traits. These are five popular examples: 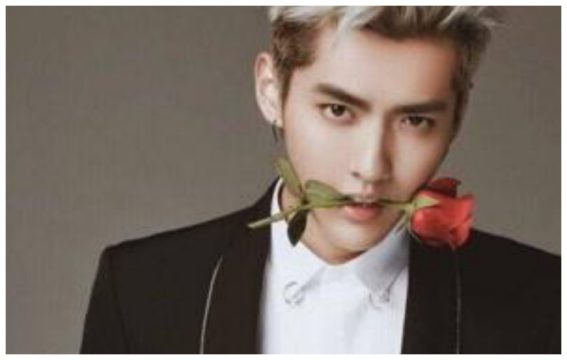 Derogatory term for androgyne men whose personality and appearance is quite feminine. They often like to put much care into their appearance, including wearing makeup, and a love for shopping. On social media, many claim the reason for this alleged ‘soft behavior’ is said to be nurtured by the overprotection of children and the lack of gender awareness in upbringing. 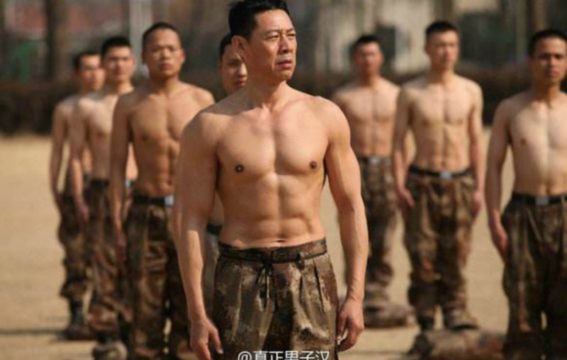 Refers to men who live in their own world, with their own values and who tend to reveal their dissatisfaction towards other people. The general view is that these ‘Chauvinist men’ are self-righteous and indifferent to women’s values. Their way of getting acquainted with a woman is often through buying her gifts and spending a lot of money. 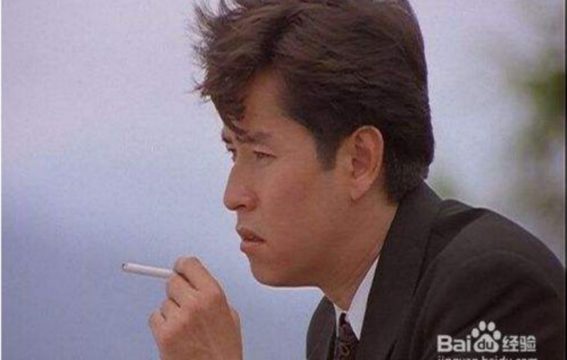 ‘Phoenix male’ refers to those men who came from poor rural areas and who have been admitted to college after hard work and dwelling in the city to work after graduation. Although they have left the countryside, they still hold on to many rural and traditional concepts and ideas. 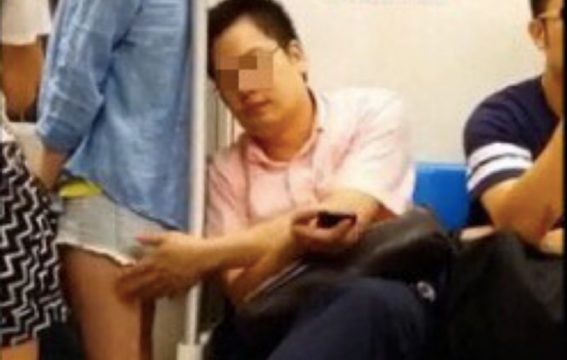 The terms ‘vulgar man’, ‘loser’ or ‘pervert’ are given to a person making other people feel uneasy and uncomfortable. These men are said to be shameless and show an abnormal and inferior behavior caused by long-term sexual repression. 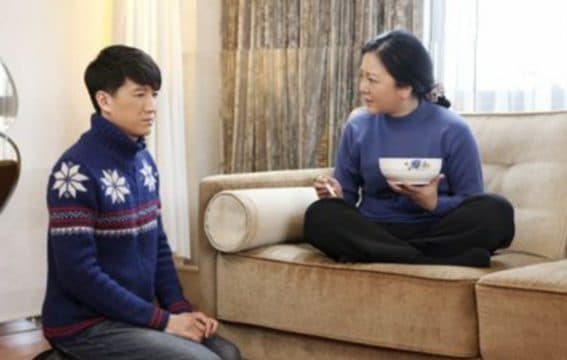 The ‘mommy’s boy’ label refers to men who listen to everything their mother says. Whatever it is that their mother says, they regard it as the truth, and they live by the decisions their mother takes – including what job to take on, who to marry, and where to live.

For now, discussions on what a ‘real man’ is seem to be continuing on Chinese social media. In the meanwhile, the Weibo page of the ‘feminine-looking boyband’ New F4 already received 110 million views- a number that just keeps on growing.

Link to the New F4 performance on the CCTV program Back to School: The first class (开学第一课): here.

“This is Swedish Police!” – Sweden under Fire in China for “Brutal Abuse” of Chinese Tourists

One penny becomes one yuan in this children’s song. What’s next – changing it to QR codes? 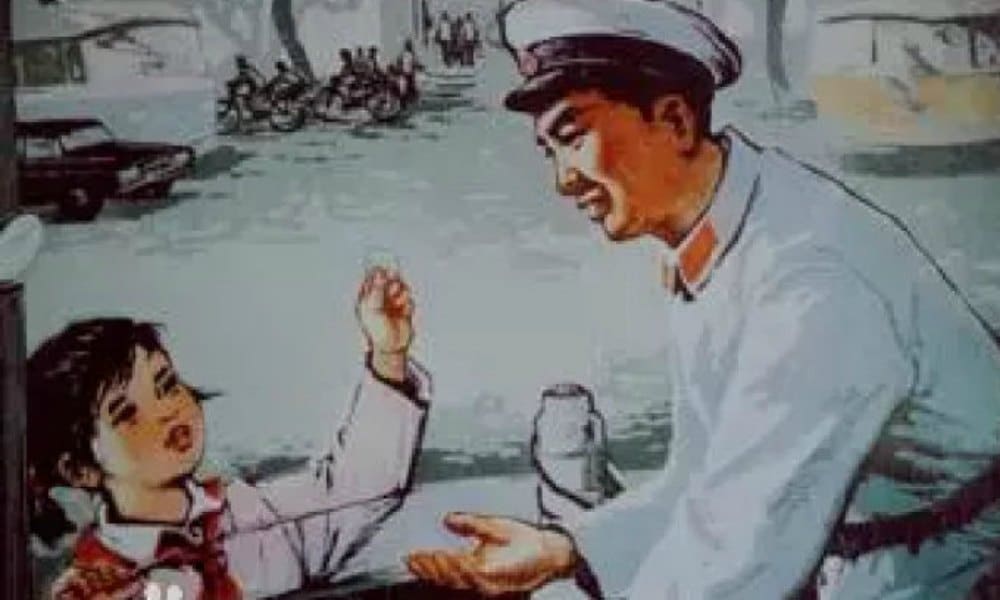 Famous Chinese children’s song “One Penny” (一分钱) has changed its penny to a Chinese yuan ($0.15).

The lyrics to the song are now published online and in children’s books with the different lyrics, Chinese news platform City Bulletin (@都市快报) reports on Weibo. 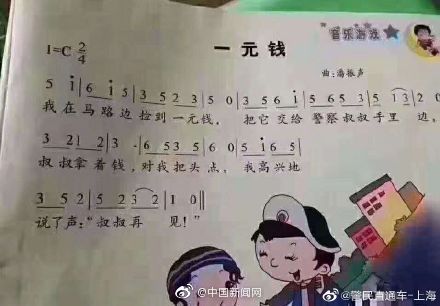 The altered text in a children’s book.

The classic song, in translation, says:

“I found a penny on the street,
And handed it over to Uncle Policeman.
The Uncle Policeman took the penny,
And nodded his head at me.
I happily said: “Uncle, goodbye!”

The song, by Chinese composer Pan Zhensheng (潘振声), is known throughout China. It came out in 1963.

Apparently, in present-day China, nobody would go through so much hassle for a penny anymore, and so the text was altered (although it is very doubtful people would go through the trouble for one yuan either).

The penny coin (0.01) in renminbi was first issued in 1957, and is somewhat rare to come across these days. “It’s probably even worth more than one yuan now,” some netizens argue.

Chinese media report that composer Pan Zhensheng said the song is just an innocent children’s song, and that it should not be affected by price inflation. Sina News also quoted the composer in saying that changing the text is “not respectful.”

Although some Chinese netizens think the change in the song is just normal modern development, others do not agree at all. In Hangzhou, some say, all you can find on the streets nowadays is QR codes rather than coins. Surely the song should not incorporate those new developments either? 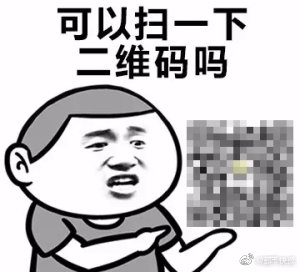 Some commenters on Weibo say the song would never be realistic in China’s current cashless society anyway: “Kids nowadays are not finding cash money at all anymore!”

Yao Li, one of the seven great singing stars of Shanghai in the 1940s, has passed away. 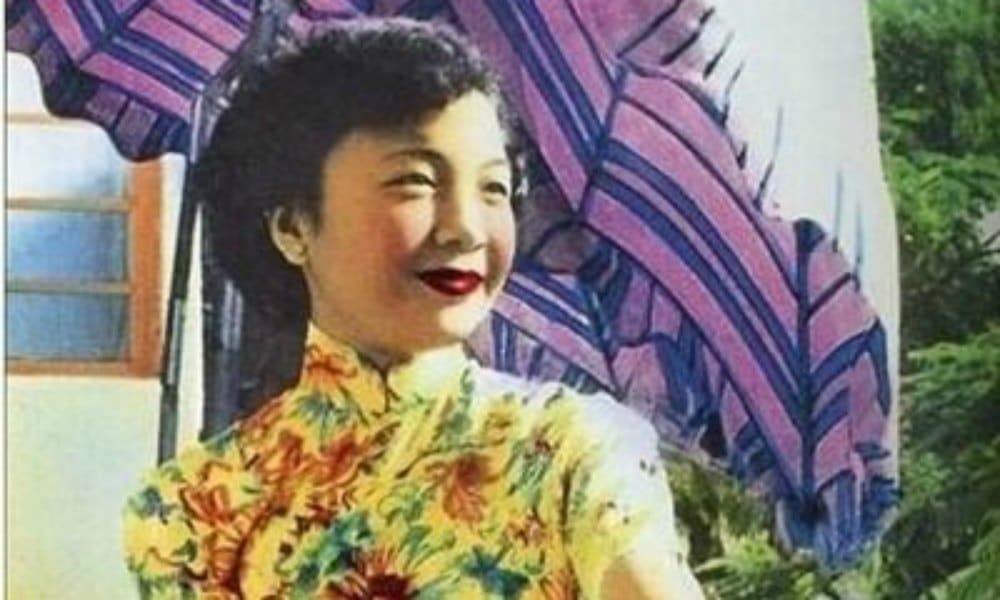 The singer, with her ‘Silvery Voice,’ was known as one of the seven great singing stars (“七大歌星”) of Shanghai of the 1940s. 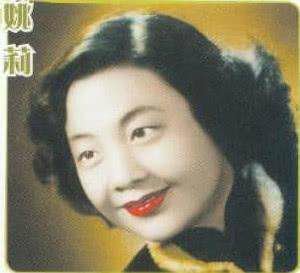 For those who may not know her name, you might know her music – one of her iconic songs was used in the hit movie Crazy Rich Asians. 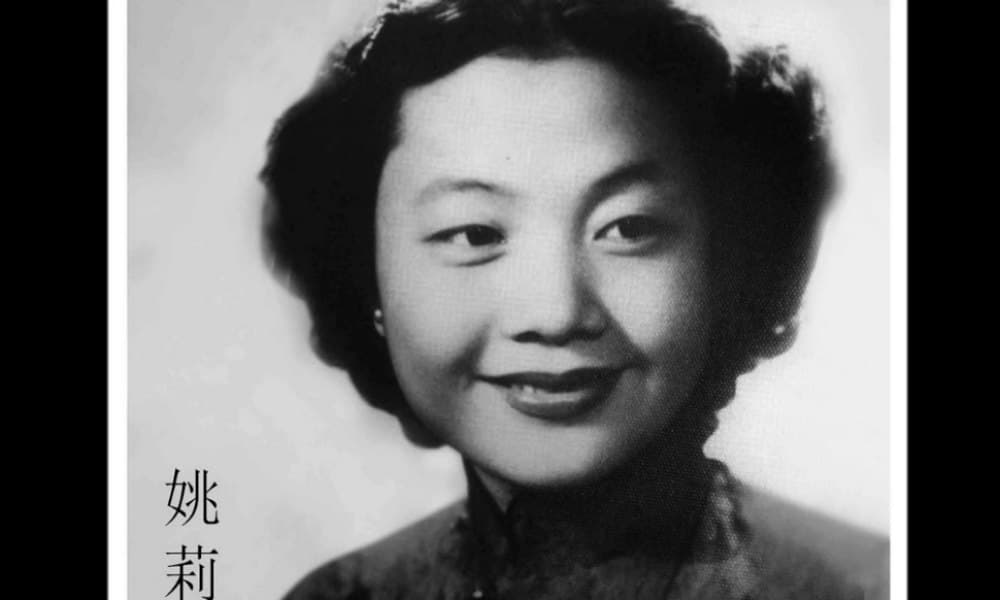 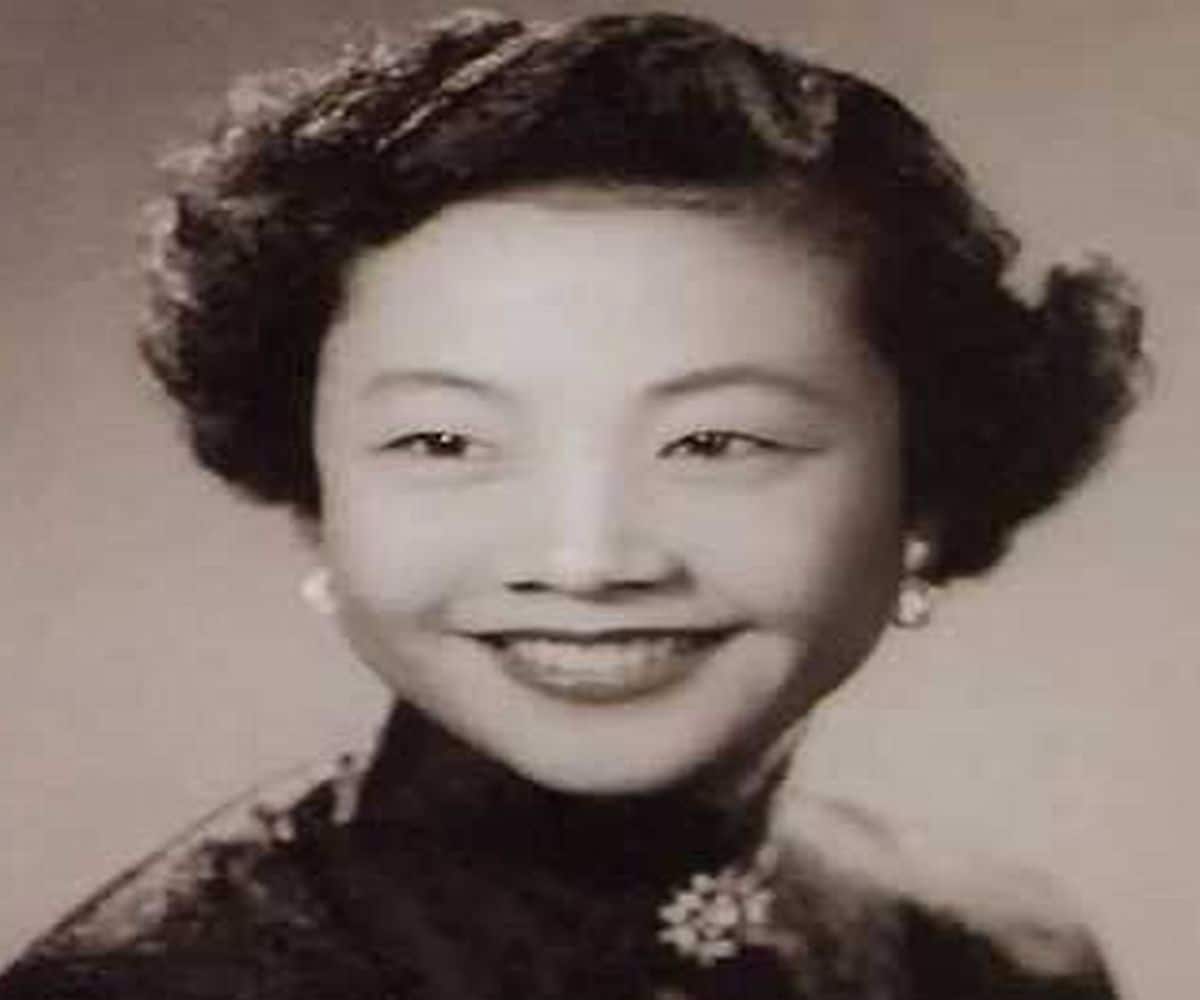 Yao, born in Shanghai in 1922, started singing at the age of 13. Her brother Yao Min was a popular music songwriter.

When popular music was banned under Mao in the 1950s, Hong Kong became a new center of the Mandarin music industry, and Yao continued her career there. 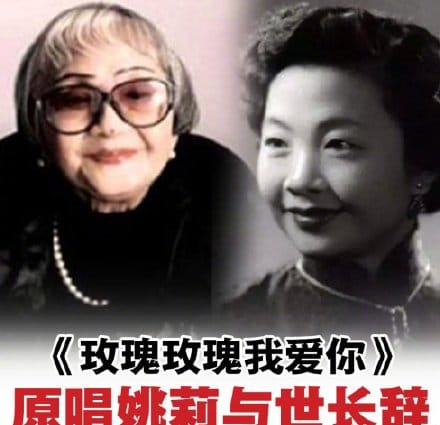 On Weibo, the hashtag Yao Lee Passes Away (#姚莉去世#) already received more than 200 million views at time of writing.

Many Chinese netizens post candles to mourn the death of the popular singer, some call her passing “the end of an era.”

“Shanghai of those years is really where it all started,” others say.

Listen to one of Yao’s songs below: