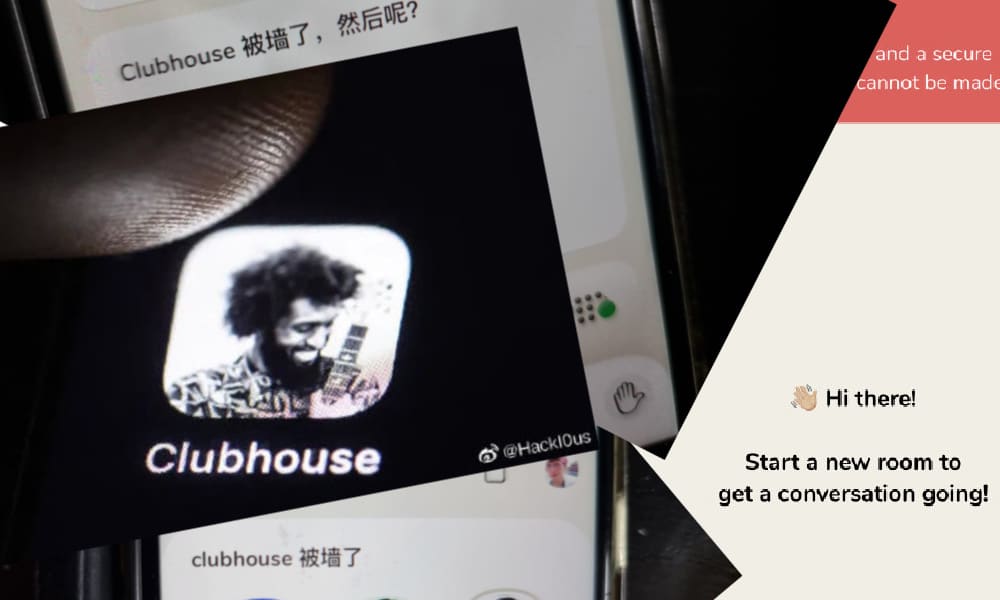 The Clubhouse app became a hot topic among web users in mainland China this weekend. On Monday, the platform was no longer accessible from within the PRC.

On Saturday, we posted an article about the surge in popularity of American ‘drop-in audio chat’ social media platform Clubhouse in mainland China.

As conversations about the popular app continued throughout the weekend, the app was no longer accessible from within mainland China on Monday.

Clubhouse describes itself as “a space for casual, drop-in audio conversations—with friends and other interesting people around the world” where you can “go online anytime to chat with the people you follow, or hop in as a listener and hear what others are talking about.”

The app has virtual rooms and events themed around various topics – anything from politics to music – and lets hundreds of members join conversations as moderators, speakers, or listeners.

The Clubhouse app was developed by Silicon Valley entrepreneur Paul Davison and ex-Google employee Rohan Seth. It was first launched in April 2020 on iOS only, and is still only accessible through iPhone for users who have an invite.

Before Monday, the Clubhouse app was freely accessible from within China for those people who had an invite, but only if they had access to the non-Chinese Apple store to download the app.

The app was a hot topic on various Chinese social media platforms this weekend. On Weibo, the civilized and open character of the Clubhouse conversations were praised, allowing a broader understanding of issues that otherwise remain untouched or are limited within the Chinese social media sphere.

One Chinese-language virtual room about the Xinjiang camps was joined by hundreds of people on Saturday. But besides the room focused on Xinjiang, there were also other rooms where discussions took place about the status of Hong Kong and about issues such as whether or not (overseas) Chinese are willing to return to the mainland and why.

“It is like a small crack in a window,” one person on Weibo said about Clubhouse, while others already predicted the app would become unavailable from within mainland China soon.

When it finally happened on Monday, the responses on Weibo were mainly those of disappointment. “Bye bye Clubhouse,” some Weibo users wrote, with others expressing their surprise: “What?! It was just popular for two days and it’s already blocked? They move so fast it’s scary.”

“I was active on Clubhouse for two days. I didn’t expect it to be shut down so soon already.”

Although many commenters previously expressed that they expected the app to become unavailable within the PRC, the fact that it was shutdown while it was just exploding online comes as a surprise to some, as various commenters write.

The term ‘Clubhouse’ was also temporarily blocked on Weibo by Monday night Beijing time; over the weekend various hashtags relating to the app made their rounds on Chinese social media, but the hashtag pages were no longer online by Monday evening. 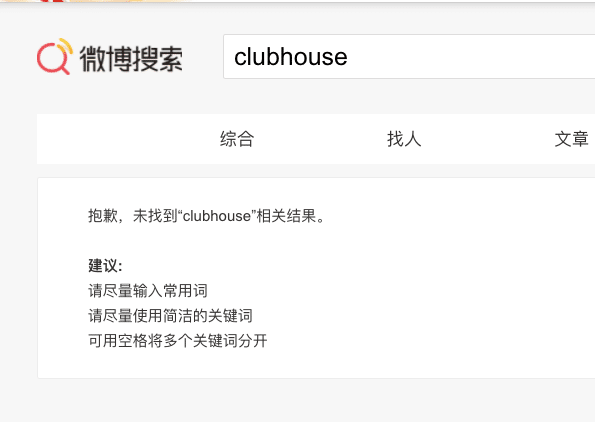 Meanwhile, various Chinese-language rooms on Clubhouse discussed the topic of its disappearance in China.

A room titled “Clubhouse is blocked, and now?” was joined by over a hundred people on Monday night. The room “Clubhouse is blocked” attracted over 3000 participants. These conversations are likely to continue for the time to come, but now they must continue behind the Great Firewall of China.

The Show is Over: Crackdown on Renren Yingshi Fansub Group