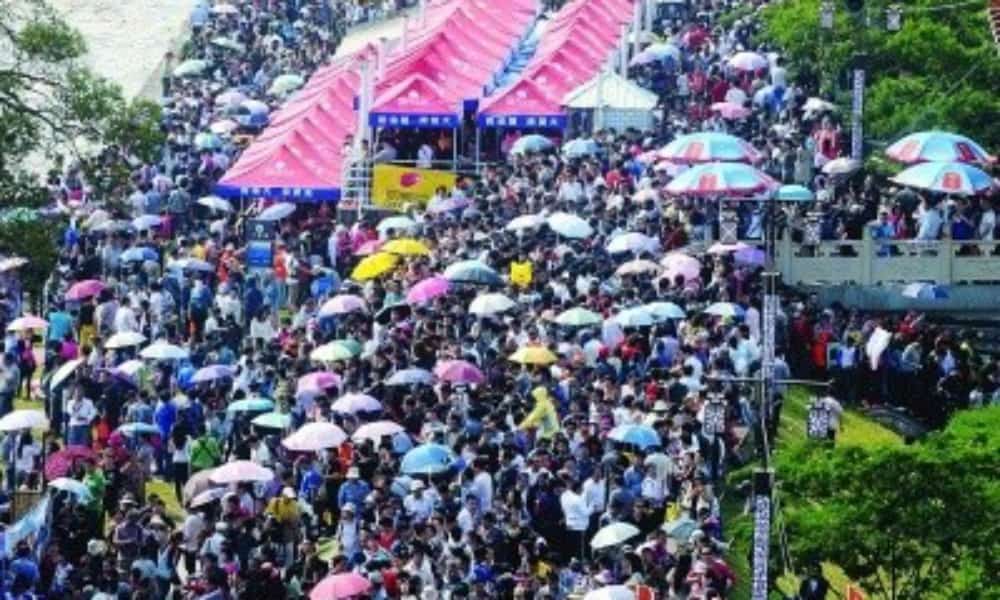 Millions of Chinese use the National Holiday period to go out and visit some of China’s most scenic spots. But some areas are so crowded and unorganized that the situation is perilous. On Weibo, people complain about the security hazards of China’s overcrowded tourist attractions.

As people across China are celebrating the Golden Week holiday, the country’s scenic spots are packed with tourists. 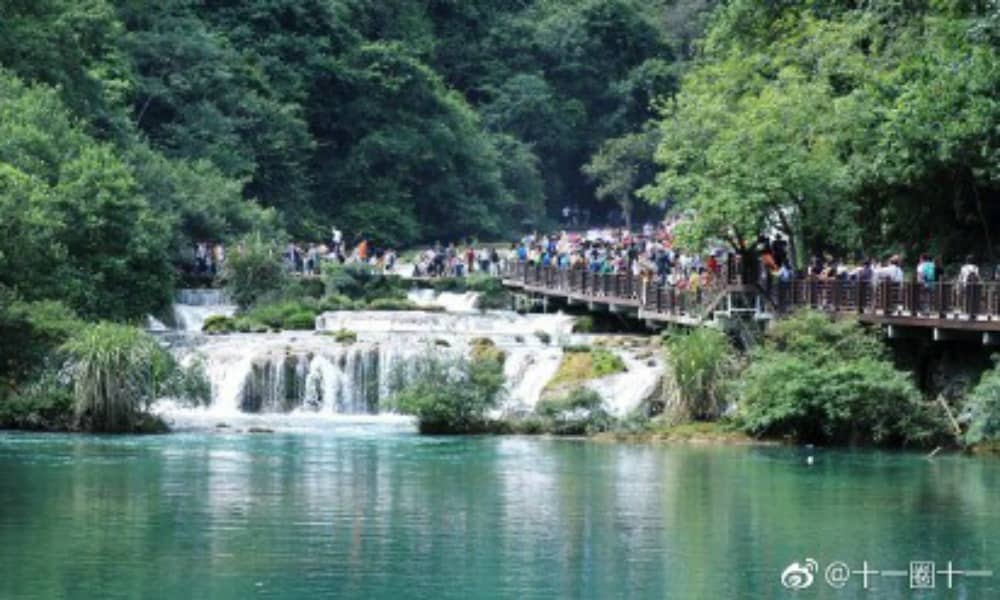 This year, many people on Weibo are especially complaining about the situation at the Seven Small Arches (Xiaoqikong) scenic area in Libo County, Guizhou.

On Sunday, Pear Video reported on Weibo that the roads leading to the sightseeing spot were so jammed that some foreign tourists decided to get out their car to play a game of frisbee on the expressway. 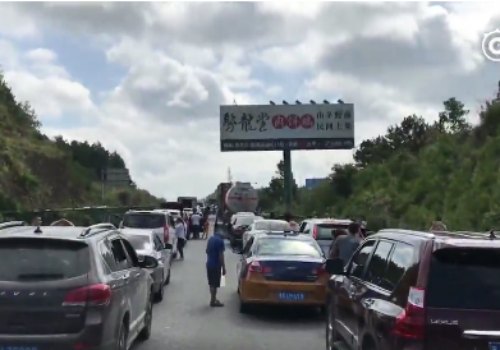 On Monday, the situation seemed even worse, as some Weibo netizens posted that the extreme crowds in the area led to people being stuck for over three hours in the heat, with no available food or water, and no people to manage the situation. 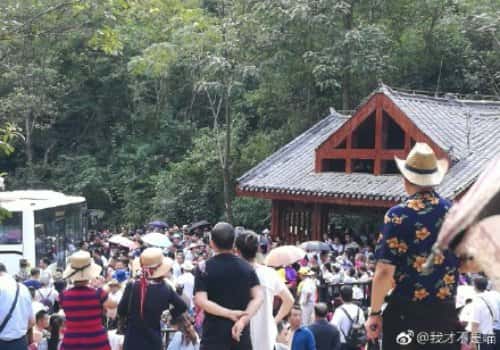 Not just the roads to the area were jammed, people were also stuck within the area waiting for buses – sometimes for two to three hours, according to visitors’ reports. 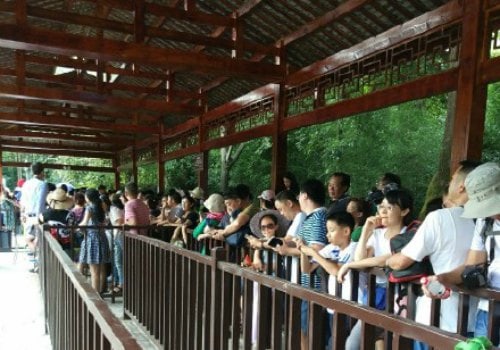 “Such a chaos!” some visitors wrote online: “And no staff members to maintain order, no mechanisms to respond to emergency situations.”

One netizen (@小蜗牛牛儿) posted a that a SWAT team eventually came to the scene to check on the situation. 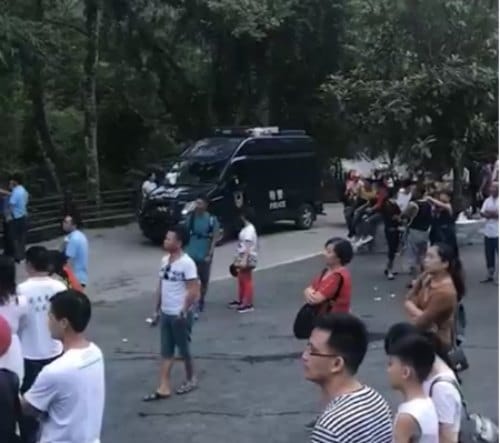 “First I drive 3 hours to Libo, then it still takes me 3 hours to actually reach the scenic spot, then I catch a glimpse of the Seven Small Arches and the day was gone like this. You really don’t control this well, you shouldn’t let in so many people,” one person complained on Weibo. 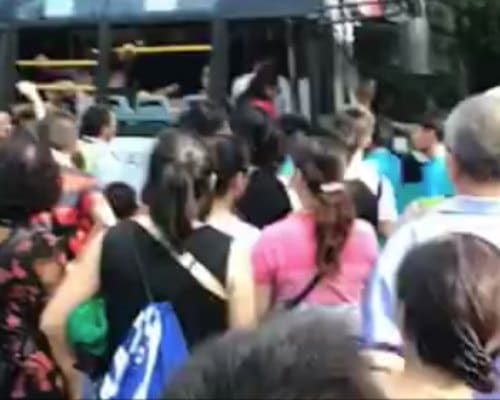 “Of all the scenic attractions I’ve ever visited, the Seven Small Arches left the worst impression on me,” netizen (@飞骑引雕弓2016) said: “We waited for two hours on the rocks in the heat before we could get on the bus, people are getting heatstroke this way!”

“This is the first time I experienced a traffic jam within a scenic spot!” another commenter, who also visited the area on Monday, wrote on Weibo. 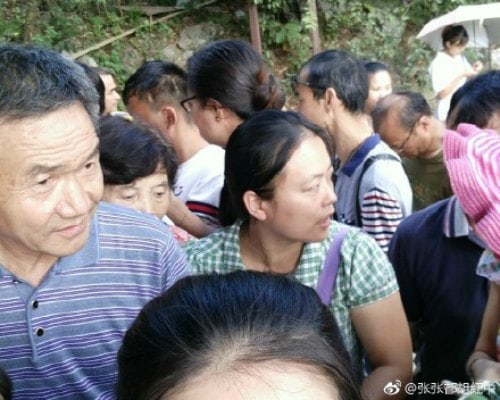 “The Seven Small Arches area is receiving too many visitors, creating huge congestion. People are currently fighting to get on the bus,” another visitor wrote, warning local authorities about the potentially hazardous situation.

China’s scenic spots yearly attract attention for becoming too crowded during the national holiday. During these days, places such as the Great Wall, Forbidden City, and many other tourist attractions are so crowded that people can hardly move. 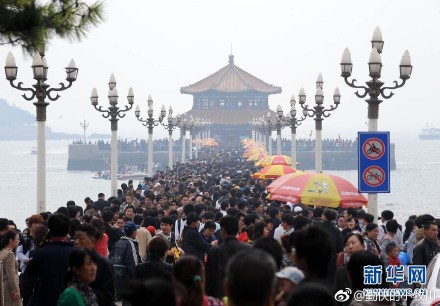 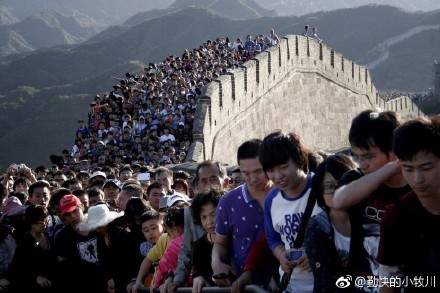 The Seven Small Arches Xiaoqikong scenic spot covers an area of 10 square kilometers, and is known for its karst forest, beautiful scenery, and numerous waterfalls. 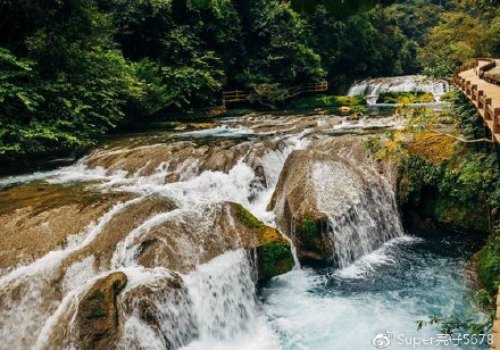 A young woman from Sichuan posted on social media: “I understand that there are a lot of people here. But it’s past six o’clock and we’ve been waiting for over an hour for the tour bus to pick us up and it hasn’t come. So many people here and it’s soon getting dark, we’re over ten kilometers away from the exit and cannot walk so far. We don’t have food and it’s hot. Nobody is answering on the complaint line, and still, the entrance ticket to the park is so expensive!” 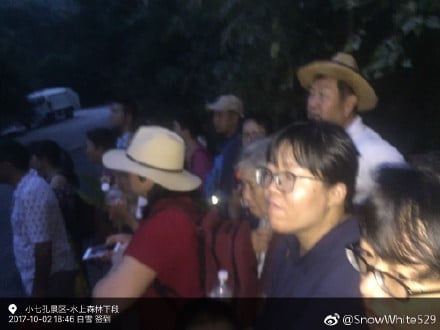 On Monday night, other visitors posted that they had been waiting for over four hours in the dark for a bus to pick them up from the scene. 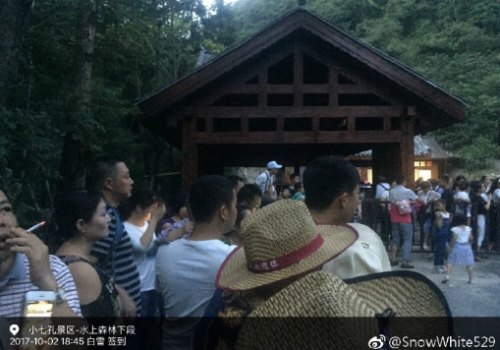 “I will never come back here,” they wrote.