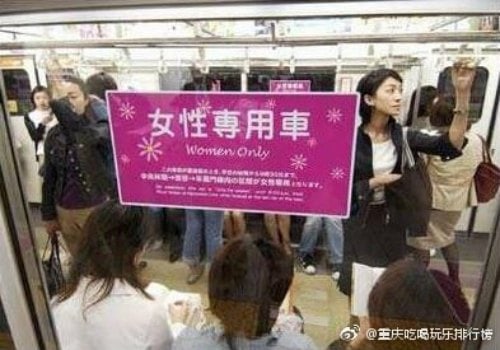 Shenzhen is introducing China’s first women-only subway cars. A standing member of the city’s municipal committee confirmed the new measure recently, NetEase reports. Two to three operating lines will be picked out for trial rides before wider implementation. The train carriages will only be ‘women-only’ within the busiest hours. Beyond these hours, male passengers are also free to enter these trains.

The decision follows a proposal by Guangdong’s Political Consultative member Su Zhongyang (苏忠阳) titled “Regarding Setting up Women-Only Carriages on Guangzhou’s Metro Lines” (关于广州地铁设立女性专用车厢) which pointed out that female passengers are more vulnerable to sexual harassment or inappropriate situations in overcrowded trains during peak hours. 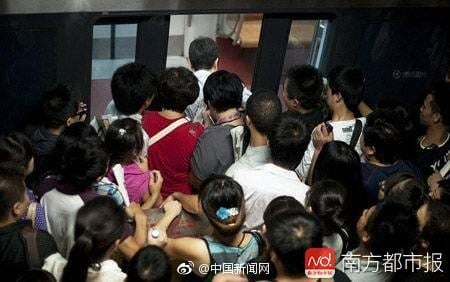 “There may be too many people inside a train during rush hour, making body contact between passengers inevitable. This can be tricky as it might instigate sexual harassment,” Su Zhongyang noted. In addition to his role in politics, Su is also the president of a local company in Guangzhou.

The proposal mentions a recent poll in which 81.9% of respondents believed that sexual harassment occurs on the metro. 21.6% believed it occurs frequently. “The issue is more serious during Guangzhou’s summer, ” Su said: “During the long summers many women wear shorts and are more vulnerable to sexual harassment.”

But the reality seems to paint a much milder picture. According to the statistic from Guangzhou Public Security Bureau, a total of 74 cases of sexual harassment have been reported from 2015 up to the present. The crime rates at Guangzhou’s metro stations have been the lowest of all members in CoMET* for many years. (*CoMET: Community of Metro, a global organization joined by 32 major metro operators worldwide.)

The majority of Chinese netizens also did not seem to agree with Su’s stance. On Weibo, an online poll by China News Service showed that 59.7% of respondents opposed the measure, saying it goes against gender equality and is a form of sex-based discrimination.

“What’s next? Should we tell women not to leave the house in order to protect their safety?”, one netizen wondered. “Segregating women from men is not the way to solve the problem of sexual harassment,” others said.

Many commenters did say the subway should have a special space for pregnant women, as entering an overcrowded carriage with a big belly might be risky for them.

Another issue that is highlighted, is that the women-only carriages might lead to a waste of traffic resources. Guangzhou subway staff told Chinese media that creating “women-only trains” does not necessarily mean that all female passengers will choose to ride them. Because male passengers will not enter them during peak hours, it might lead to more congestion in other carriages.

Despite ongoing criticism, Wang Rong, the Chairman of Guangdong’s Political Consultative Conference, is optimistic about the initiative: “Adding women-only carriages will have a significant impact on issues such as public transport and citizens’ rights. And, most importantly, it may help to boost the image of our city – it shows our care for humanity and for a civilized society.”

Edited by Manya Koetse.
©2017 Whatsonweibo. All rights reserved. Do not reproduce our content without permission – you can contact us at info@whatsonweibo.com.

Qing Yan is a Shanghai-based copywriter and analyst, specialized in Chinese marketing and luxury brands. Besides his expertise in marketing analysis, Zhejiang-born Qing is a bilingual reporter with a focus on Chinese history, culture, and politics.