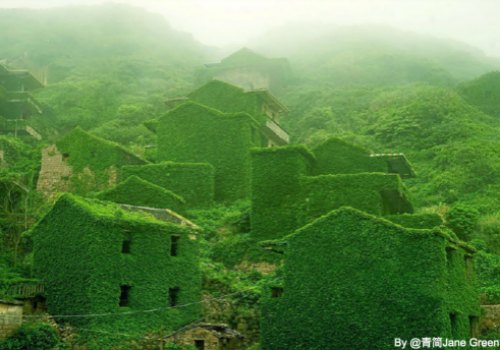 What was once a thriving fishermen’s village has now turned into an eerie and lush green abandoned area. The former fishing village of Houtouwan, south of Shanghai, is becoming a popular place to visit for its unique scenery.

Photographs of the breathtaking scenery of an abandoned fishing village are making their rounds on Chinese social media. 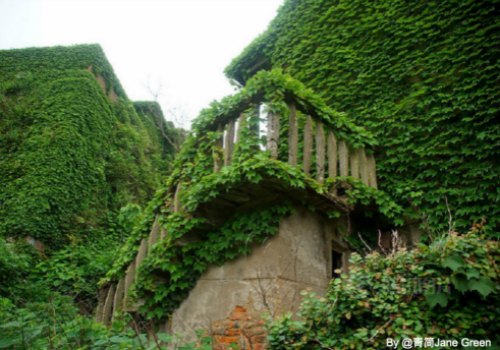 The fairy tale like landscape is located in the village of Houtouwan (后头湾) in the Shengsi Islands (嵊泗列岛) of China, south of the mouth of the Yangtze (Zhoushan, Zhejiang). 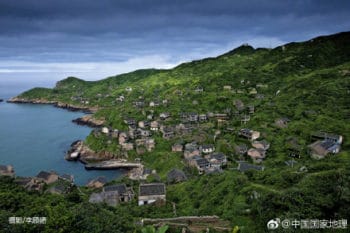 Photos of the village earlier appeared in, among others, The Atlantic and The Guardian. They were then reposted by Chinese netizens. 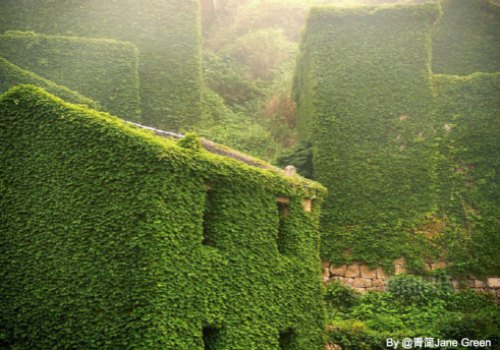 According to Chinese National Geography, the village was built in the 1950s and once had around 3000 inhabitants. It was the most lively village on Shengshan Island (嵊山). 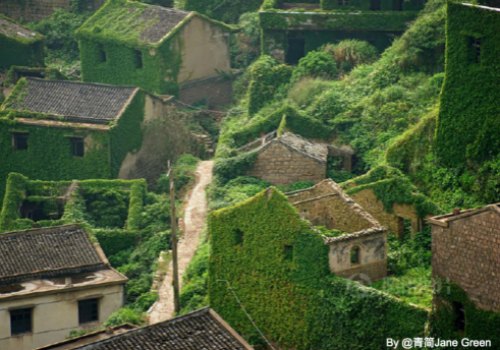 But when natural resources around the island had dried up, and people became bothered by its inconvenient location, the fishermen living on the island moved away. Since the 1990s, Houtouwan is known as an “abandoned village.” 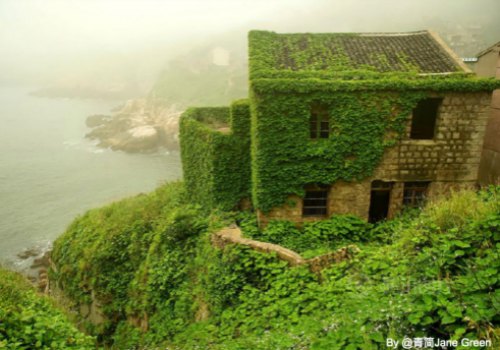 “This is a place for ghost stories,” some netizens say. 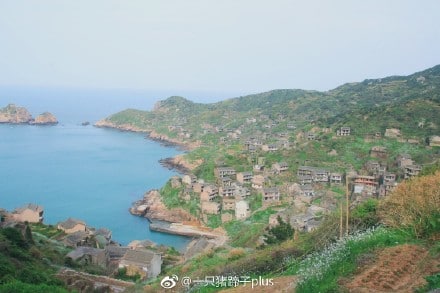 Many of the pictures shared on Weibo were taken by photographer Jane Green (@青简Jane), but there are also many others who have taken their own pictures of the area. 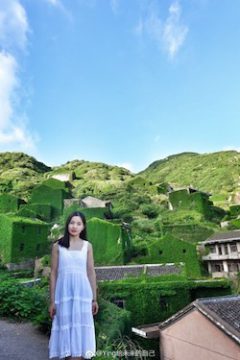 The lush green and mysterious surroundings of Houtouwan are now attracting more tourists who want to see the eery scenery with their own eyes . 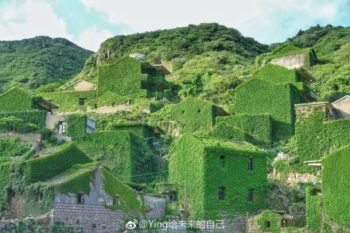 Hikers and adventurous tourists are traveling to the area, sharing their pictures on Weibo. 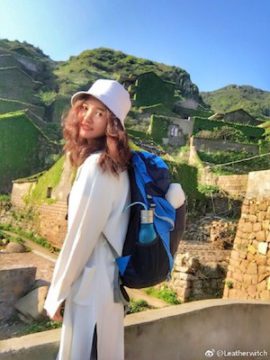 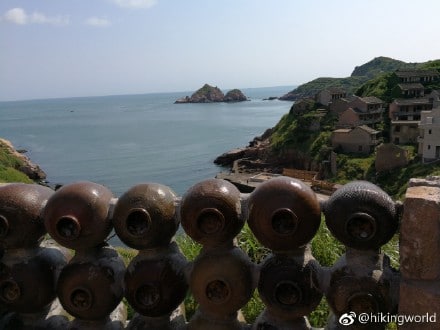 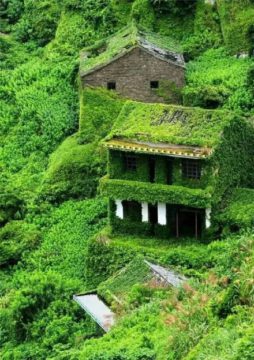 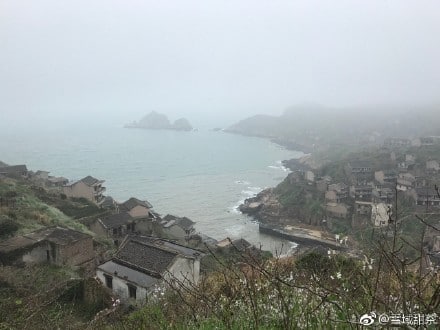 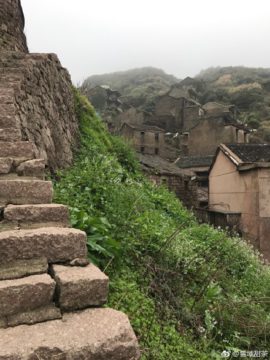 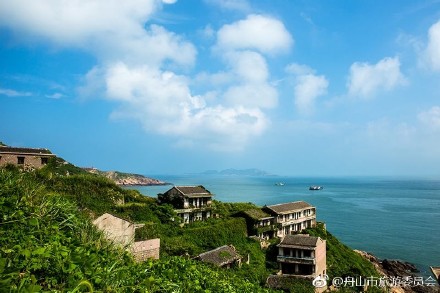 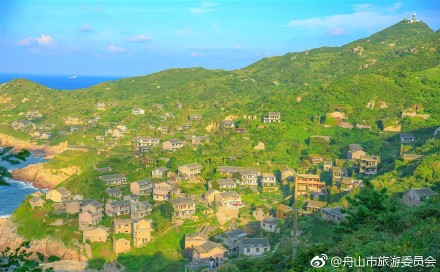 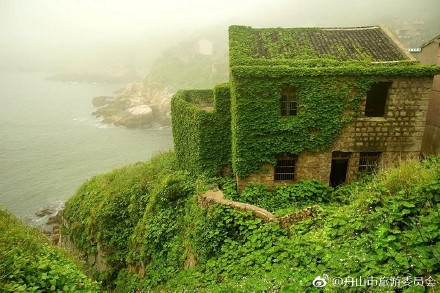 People who have visited the area say it is “magical,” and really like “the scenery of a dreamland.” “It captures the beauty of that which is no longer there,” one netizen wrote. 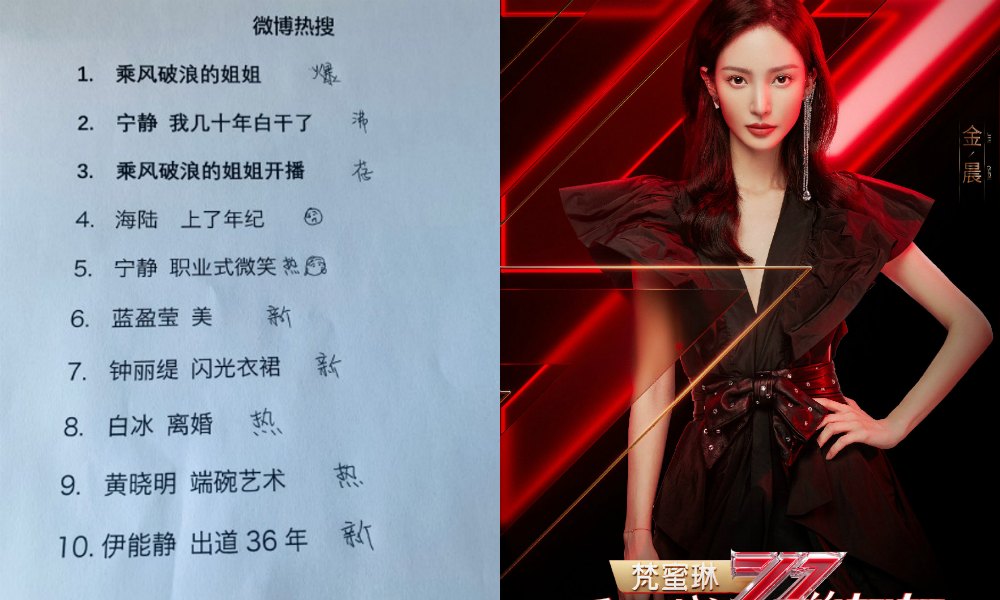 Sina Weibo stopped updating its trending topics list from June 10 to June 17 in compliance with an order from the Cyberspace Administration of China (CAC) for “disrupting online communication order” and “spreading illegal information.”

During the seven day suspension, Weibo users had no access to the list of the most popular search terms and topics, which, similar to Twitter, appears in the feed or sidebar of the user interface.

One new reality show, however, became all the rage among Chinese web users and inspired some trending hashtags.

The popular reality show, titled Sisters Who Make Waves (乘风波浪的姐姐) was produced by Mango TV. The show follows the idea of idol group reality shows such as Youth with You (青春有你) produced by iQIYI. 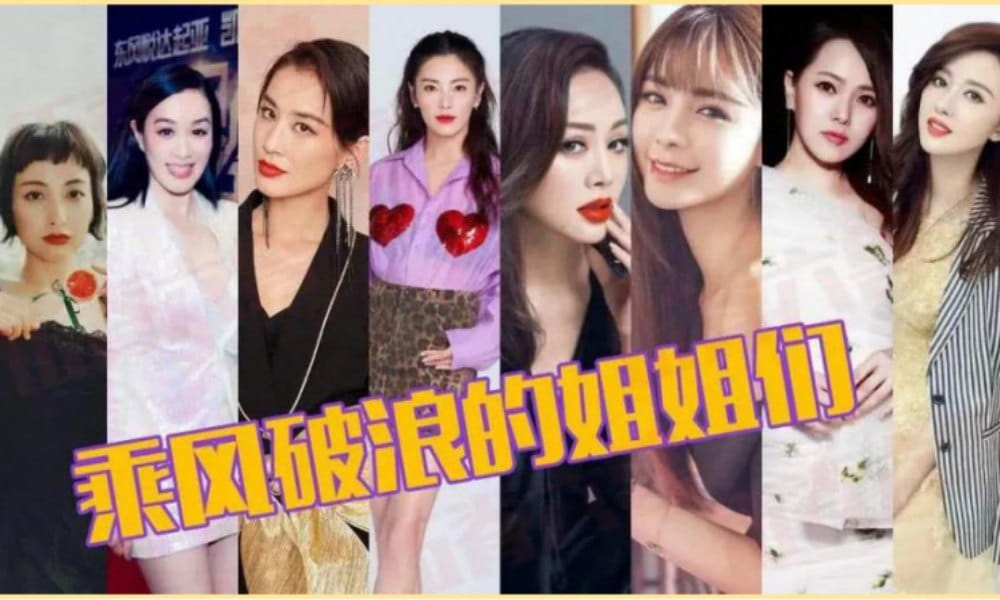 What makes the show different from other Chinese idol reality shows, is that all thirty contestants are familiar faces in the entertainment industry. These thirty ‘sisters’ are all singers, dancers, and actresses over the age of thirty, with some of them having made their debut a decade ago.

The first episode of the show premiered on June 12 11:50 AM, during Friday’s working hours. Though its launch date and time were not even pre-announced on the show’s official Weibo account, the premiere still raised heated discussions and soon became ‘trending’ – but with Weibo’s temporary ban on trending lists, the topics were not displayed in any lists on the site.

Netizens found original ways to still show their big interest in this show and make it go viral. 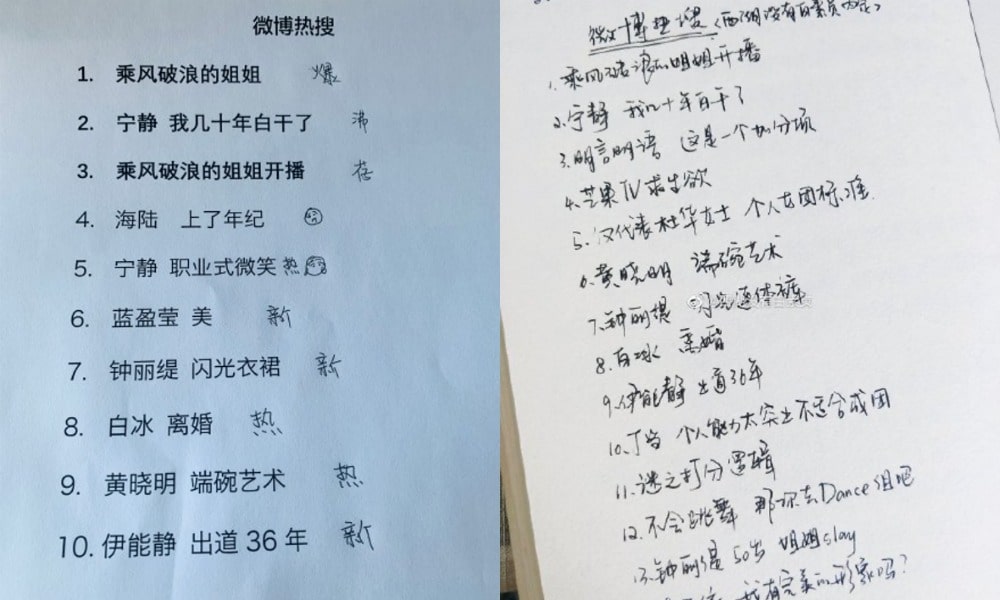 All these user-generated handwritten topics are related to some details of the first episode of the show, including quotes by the ‘sisters’, or the behavior of the show’s presenter and judges.

Actor Huang Xiaoming, the official presenter of the final group, garnered more than 130 million views with a hashtag that had his name included. “Huang Xiaoming, the Master of Carrying Water”(#黄晓明端水大师#) went viral, hinting to Huang’s behavior during the show; he posted thirty messages to the thirty ‘sisters’ in alphabetical order on Weibo just before the premiere, and he comforted each one of them by telling them that the show is nothing but “a plus” for them (#黄晓明这是加分项#).

Actress Ning Jing (宁静), one of the thirty sisters who is known for her straightforwardness, responded to the director’s request to do an on-camera “self-introduction” by questioning out loud why she still needed to introduce herself at all. After all these of being active years in the industry, she wondered, had it all been for nothing? Her quick and witty response triggered another Weibo hashtag (#宁静 我几十年白干了#).

The hashtag “Sisters Who Make Waves Kick Off” (#乘风破浪的姐姐开播#) has attracted more than 430 million views on Weibo so far, with the hashtag of the show’s title (#乘风破浪的姐姐#) receiving more than 7.6 billion views.

One thing is clear –  Sisters Who Make Waves definitely knows how to make waves on Weibo. No matter if Sina Weibo has trending lists or not, Weibo users will make sure that the topics they love go viral anyway.