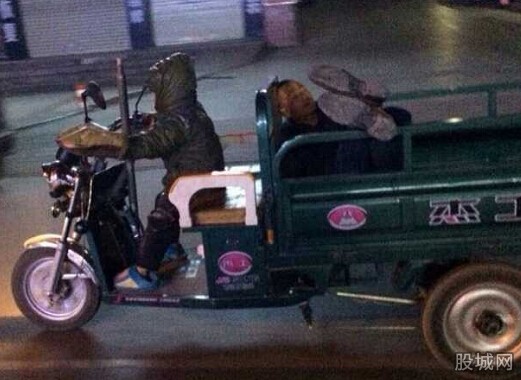 Trending on Sina Weibo today is the hot topic of a ‘super kid’ who took his drunken father home by driving a tractor (#幼儿拉醉父回家#). What made the topic especially remarkable: the little driver was only seven years old.

The 7-year old boy from Guangxi, southwest China, was captured in photos late at night driving the tractor by himself, wearing slippers, while his seemingly drunk father was sound asleep in the back of the tractor. The person who took the photos said the boy seemed very proficient in driving the vehicle, looking calm and collected, suggesting that it was probably not the first time he did so. 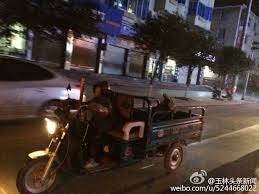 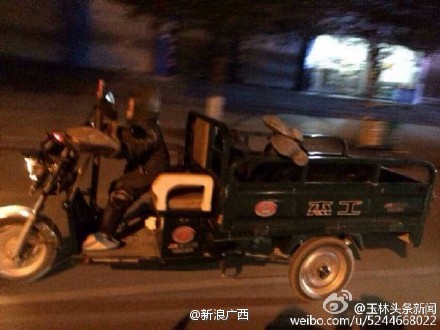 Netizens on Weibo are praising this boy by jokingly saying he is the “Son of China” (中国 好儿子), but they also express their concerned about the safety of the 7-year-old. Chinese police stated that all parents should take good care of their children, and not allow them to drive any kind of vehicle before the age of 18.

Online commenters also wonder why the boy could go out and drive a tractor in the first place: why could this boy drive the tractor, which had no license plate, for over twenty miles without being halted? And why he was allowed to do so by his parents? And last but not least; why did the event have no consequences for the irresponsible father?

According to China’s legislation, the driver of any automobile, including a tractor, should be no younger than 18 years old. When underaged people are caught driving, they will be fined RMB 2000, as well as be detained for 15 days. The vehicle will be held by the police until the owner claims it back with legal documents within 3 months.

©2014 Whatsonweibo. All rights reserved. Do not reproduce our content without permission – you can contact us at info@whatsonweibo.com.

About the author: Fan Bai is a freelance translator and writer. Born and raised in China, she is now based in the UK.