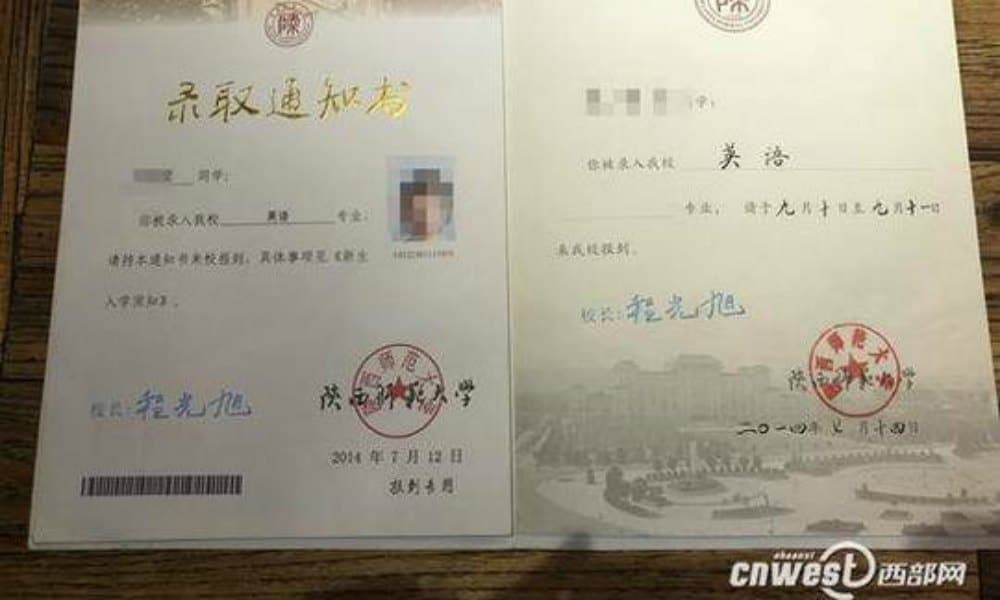 A remarkable conundrum has got Chinese social media users talking. A woman who studied for four years to become a teacher was denied her certification – she allegedly is 10 centimeters “too short” to become a teacher, according to height requirements established by the Shaanxi Ministry of Education.

News of a Chinese university student being barred from receiving her teaching certificate because of her height has become a topic of discussion on Chinese social media.

The student studies at Shaanxi Normal University. “Not getting a teaching certification would mean the end of my career,” she told local reporters: “It would also go against the free education agreement I received when I entered the university.”

Li is given exemption on her tuition fees under the so-called ‘Future Teacher Scheme’ by the Chinese Ministry of Education – a special programme designed to cover the tuition costs of selected university students who commit to teach at local schools upon graduation.

If Li fails to acquire her teaching certificate, however, it would kill her future job prospects. According to the ‘Future Teacher Scheme’ agreement, students are required to pay back the costs of their university education if they do not become a teacher.

“If there is such a [height] requirement, why would they have accepted me as a student in the first place? My four-year-long efforts now turn into nothing,” Li said.

Since the issue made the news, Shaanxi Normal University responded to the issue, CNWest news reports. In a statement, the university said they were simply enforcing a 2009 provincial policy which stipulates that female applicants need to be taller than 150cm to qualify as a teacher. 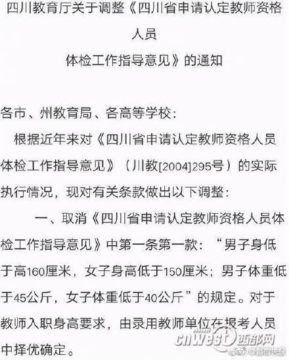 The national Chinese laws on teaching, however, do not set any height requirements for teachers.

“This is discrimination. If this happened in the United States, she could get 300 million US Dollars’ worth of compensation,” some commenters responded on Weibo.

“If Deng Xiaoping were alive, he would fire the entire Shaanxi Bureau of Education.”

Thanks to the heightened media attention on the issue, Shaanxi officials have since decided to make an exception for Li. They reportedly plan to remove the height restriction starting from next year.

The sudden change in policy, however, has not made commenters on social media less annoyed. “If Deng Xiaoping were alive, he would fire the entire Shaanxi Bureau of Education,” one user said. (Former Chinese communist leader Deng Xiaoping’s height is listed as 150cm/4.9ft).

There are many Weibo users who question the relation between a person’s height and their job a teacher: “If she is short, she can wear high heels. Does height really matter to become a teacher?”

It is not the first time that height discrimination in China makes the news. A 2015 Foreign Affairs report suggests that, despite being discriminatory, many employers in China insist on setting height requirements as a condition to employment.

The majority of netizens sympathize with Li: “This is hurtful. It is not easy to be short, why would this society make it more difficult for her?”

Other people wonder why appearances would be more important than one’s psyche: “They never have requirements when it comes to people’s morals and their mental health. It is disgusting to have these requirements for a person’s height.”

Divorce Boom After Gaokao: When Exams Are Over, Chinese Parents Finally File for Divorce