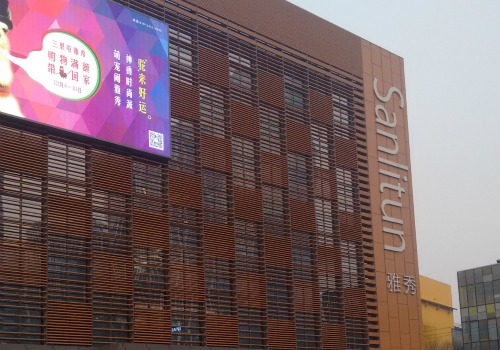 The US Embassy in Beijing has issued an official notice over possible threats to foreigners around Christmas in Beijing’s Sanlitun area.

The Beijing US consulate sent out an email on December 24th to US citizens residing in China’s capital about possible security threats to foreigners in Beijing’s Sanlitun shopping area around Christmas.

The news was shared on Twitter by Sinocism’s Bill Bishop (@niubi), and was later also reported by media on Weibo. The American embassy in Beijing has issued the notice on its official website and its official Weibo account.

Sina’s news outlet Weitianxia writes on Weibo: “The American Embassy issues a “security warning” for foreigners around Christmas. The American embassy has released a statement on its official website that they have received news about possible threats targeted at foreigners around Christmas time in Beijing’s Sanlitun Area, telling US citizens to take care of their safety. Sina News has contacted the embassy to verify this news, but has not received an answer yet.” 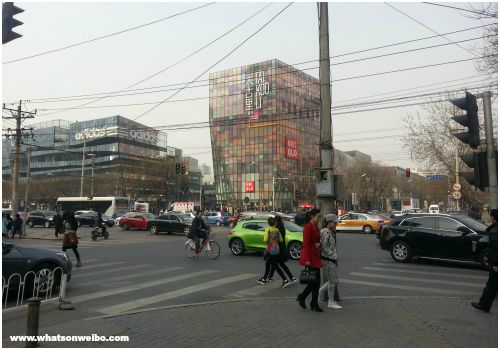 Sanlitun is a shopping and bar district in Beijing, popular amongst foreigners.

Many Weibo netizens are responding to the news of a possible threat. “Is the terrorist threat now also coming to China’s capital?” one netizen writes: “This problem is really enormous.”

On WeChat, texts and updates are shared amongst Beijingers. Many foreigners do not know what to make of the news, and some wonder if the threat is real is not. Some netizens ask why the American embassy would post such a notice, if there is no proof of a real threat.

“The people and the government should stay vigilant no matter what,” one netizen responds: “There are always large crowds of people around Christmas time. We should make sure that foreigners in China feel warm and safe here.”

Several people on Weibo and Twitter, such as @beidaijin, share pictures of military police near the Uniqlo at Sanlitun’s Taikooli shopping center. 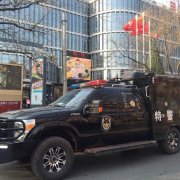 Although the possible threats are against “Westerners” in general, there have been no notices yet on the official Weibo account of the French embassy* in Beijing, nor on that of the German embassy. The British embassy posted an alert from its official Twitter account.
*Update 15:30 Beijing time: the French embassy has now also put up an offical notice on its website.

By 2 pm Beijing time, the notice on the Weibo account of the US embassy was shared over 4400 times, and received thousands of comments. Read the full notice by the US government here.

Chinese state media outlet CCTV posted on Twitter that Beijing has issued a yellow alert (黄色预警) for security in the city on and around Christmas.

#BREAKING Beijing police issues yellow alert for security in the city on and around #Christmas day pic.twitter.com/JPS9fvlnVi