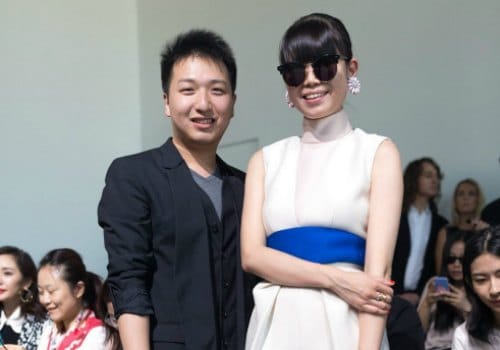 With recently new rules implemented by Sina, China’s online influential public figures (aka KOLs) can no longer do as they please on Weibo. An overview of Weibo’s new KOL rules here. This article was originally posted by our friends at Jing Daily.

If you’re a KOL with a Weibo account, don’t even think of linking your post to any e-commerce website other than to one of Alibaba’s properties. So says one of the 10 alleged new rules that Sina Weibo has recently implemented to regulate its gigantic KOL ecosystem, according to ParkLu, a digital advertising platform that connects China’s online influencers and brands.

Without further ado, here are the rules ParkLu posits:

1. Link blocking to all e-commerce sites, except Alibaba properties.

2. KOL accounts need to seek permission before promoting more than one brand in a single post.

3. All posts with external links will receive a 20% media exposure penalty.

6. Accounts that only repost will receive a page weight penalty.

9. Accounts that mention a marketing, sales, or advertising businesses could receive a page weight penalty.

ParkLu contends that these 10 new rules, though not officially announced by Sina Weibo, have been uncovered by the agency based on talks with their insider sources, KOL surveys, and independent testing. If they’re true, they could have a huge impact on luxury brands’ businesses in China, as brands and KOLs have formed a symbiotic relationship in recent years. Sina Weibo have not responded to our request for comment.

“It just matters to KOLs and brands because their livelihood or sales depend on successful posting,” Elijah Whaley, the Chief Marketing Officer of ParkLu, told Jing Daily over WeChat.

Some well established online fashion bloggers including gogoboi, Mr. Bags and Miss Shopping Li all fall into the targeted group of the new rules.

Luxury Brands Now Have to Consider the Cost of the Gatekeeper: Weibo

For the past several years, many luxury labels have benefitted from the promotion by online influencers of their products and services, especially those influencers with large followings. Brands also frequently use them as a bridge to better understand the interests and preferences of Chinese consumers. Sometimes they’ll even collaborate with bloggers to launch events and release new collections because a carefully selected KOL can generate much more engagement than any one brand’s official social media account can.

However, if the new rules have indeed come into force, KOL accounts now have to seek Weibo’s permission if they hope to promote more than one brand in a single post (Rule #2—as per ParkLu’s list), and pay to mention any marketing, sales and advertising businesses (Rule #9).

“Luxury brands need to take these new regulations into account when working with KOLs,” said Kim Leitzes, the CEO of ParkLu, when explaining the underlying implication of the new rules on luxury businesses. “There is the cost of content creation, distribution and then the gatekeeper (Weibo).”

Leitzes also pointed out that the rule about “the blocked links to non-Tmall sites” (Rule #1) is going to pose some huge challenges to the operation of the luxury and fashion e-commerce sites such as Farfetch and Yoox Net-A-Porter in China.

“Their investment in Weibo for traffic is jeopardized,” she said.

However, the new purported Weibo rules did not come as a total surprise. Whaley viewed the action as resulting from a combination of the recent heightening of online regulation by the Chinese government as well as the growing competition between China’s two internet giants Alibaba and Tencent.

Therefore, Whaley contends, luxury brands in China have to embrace the new reality, which is that they “need to start promoting their e-commerce stories in natively accepted social platforms, namely, JD.com for WeChat and Taobao and Tmall for Weibo.” 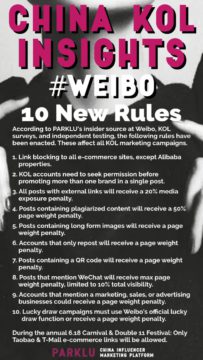 – By Yiling (Sienna) Pan for @JingDaily

Woman Stabbed to Death at University in Beijing

Yiling (Sienna) Pan is a Luxury Business and Fashion Reporter at Jing Daily. She revels in the challenge of working in a fast-paced environment and presenting Chinese consumer trends to Western readers. Her coverage of the Chinese luxury industry combines a native perspective with her background in finance. Yiling is an alumnus of Thomson Reuters News Agency in Shanghai and she holds a Master’s degree in Public Administration from Columbia University.

New Oriental is going from classroom to e-commerce. Online shopping has never been more educational. 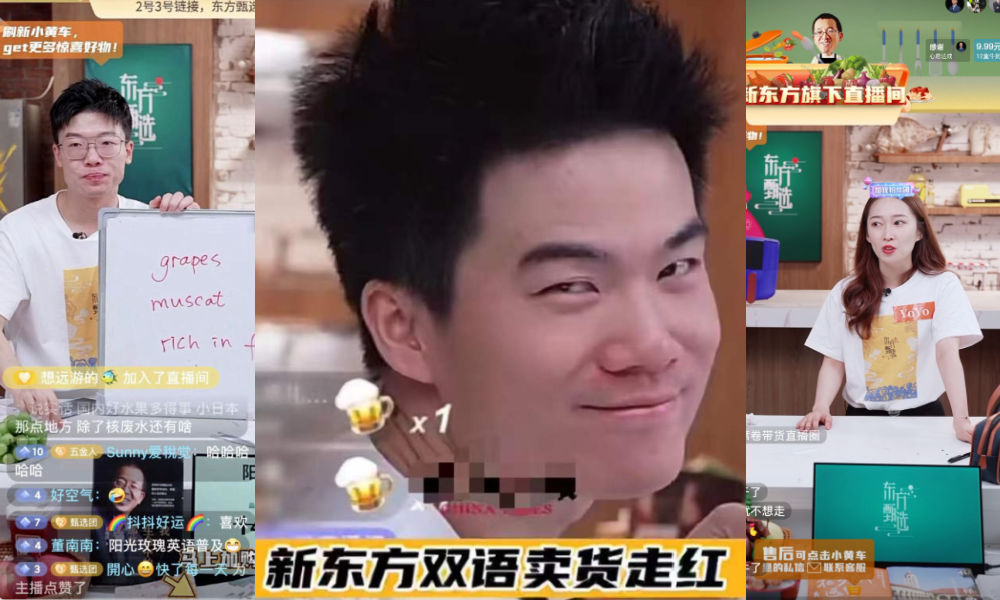 Last year, an unprecedented crackdown on China’s private education sector left many teachers unemployed and worried about their future.

One of the companies that was hit particularly hard by this policy is New Oriental (新东方), the largest provider of private educational services in China. Following the crackdown, the company suffered huge losses and dismissed 60,000 employees.

Facing the new regulations, including the ban on for-profit tutoring in subjects on the school curriculum, New Oriental tried to keep its head above water by exploring new markets and ideas within the private education sector. For example, the company launched a special program to train parents on how to tutor their K-12 children themselves. New Oriental called it their “excellent parenting” (优质父母) training class.

Now, tutors-turned-sellers are teaching viewers English – or sometimes other subjects – while selling (agricultural) products via the Douyin app. Whether they are selling fruit, rice, or even shrimp, New Oriental’s livestream hosts are grabbing every opportunity to teach their viewers a new word or concept, often using a whiteboard to introduce new vocabulary. 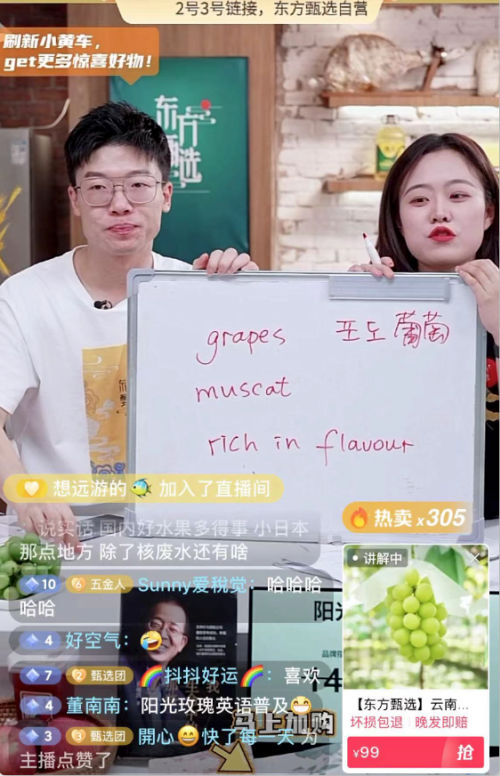 One reason for New Oriental becoming a viral hit is because of Dong Yuhui (董宇辉), who is one of the experienced teachers now selling products online. Dong’s bilingual livestreams are particularly successful among viewers because of his enthusiasm, fluency in English, witty jokes, personal stories, and talent for singing. 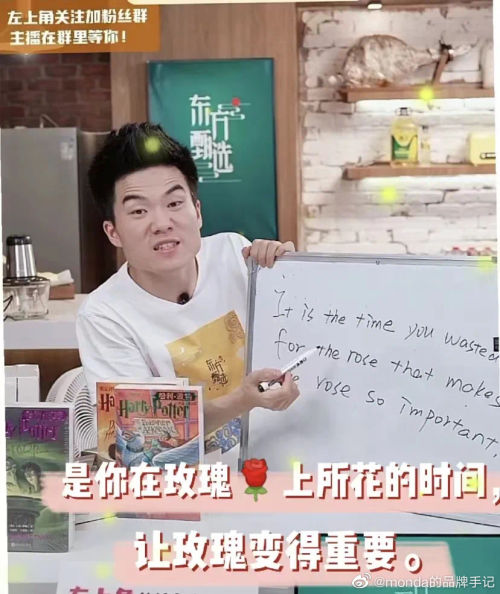 Teacher Dong recently had a breakthrough moment with his June 10th livestream, during which he sold bags of rice using English. He has since attracted over nine million viewers. While thanking all viewers for their support in a recent Weibo post, Dong described himself as a “ordinary peasant boy.” 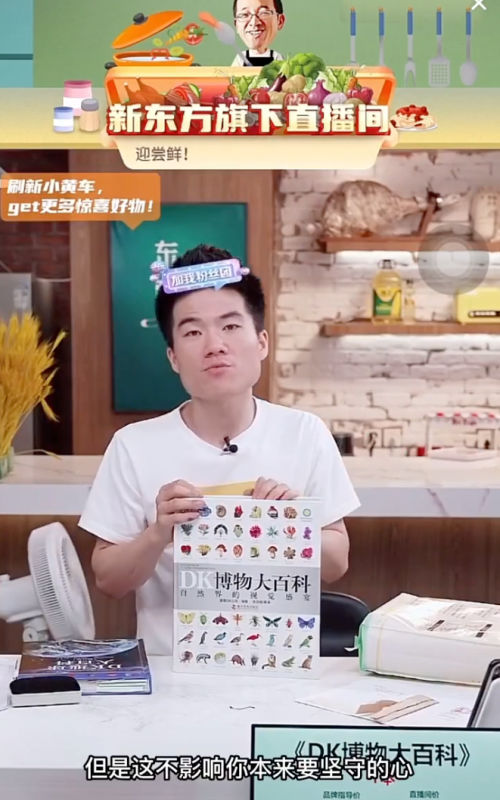 Dong Yuhui (董宇辉) is one of the livestreamers that have turned New Oriental’s e-commerce into a viral hit.

Besides Dong, there are also other popular hosts. English teachers Ming Ming, Yoyo, and Dun Dun are all loved by viewers for their charm and wit.

Although various kinds of social e-commerce categories are particularly popular in China, this new phenomenon of combining education + e-commerce + livestream is appreciated by many netizens who like to learn something while being entertained and perhaps also buying something. “I don’t know whether to place an order or to make notes,” has become a popular comment. Another commenter said: “As a kid I took your class, and now I buy your goods.”

Others say that they like the calm way in which the livestreams are presented, posing a stark contrast to other livestreams where the hosts are hyping up products and urging people to buy fast and buy more.

On June 15th, news came out that New Oriental’s stocks had surged by more than 25% following its livestreaming success.

Although some Weibo users predict that this is just a temporary trend, others think that the educational livestream model is here to stay: “New Oriental really started a new business venture, and I’m learning a lot through their livestream sessions.” 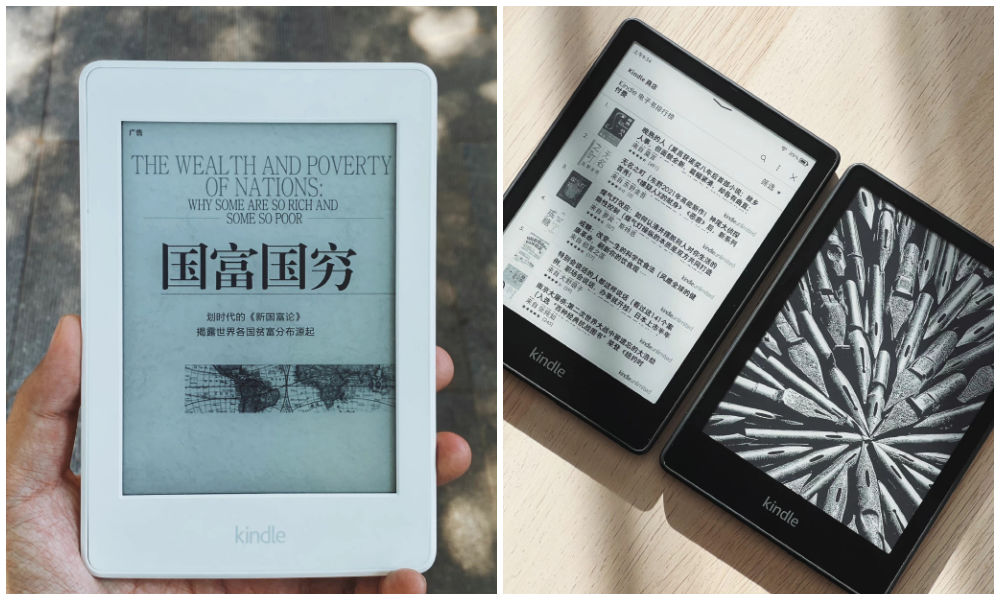