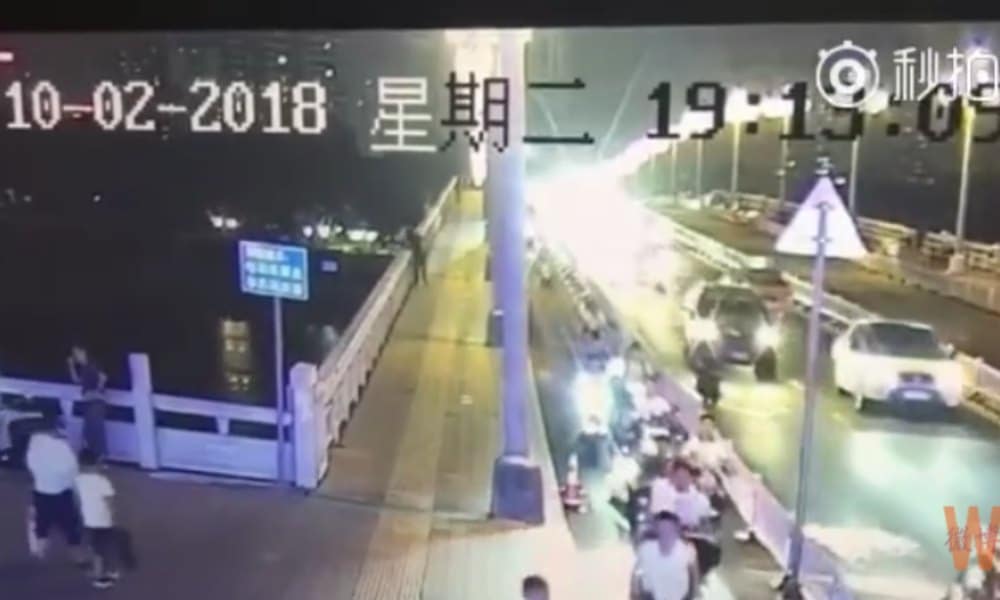 Within a time frame of just three seconds, an unsuspecting woman having a rest on a bridge in Nanning gets picked up and thrown off the guardrail. As security footage is going viral, netizens are shocked by the bizarre incident.

Security footage that captures how a man throws a random woman of a bridge in Nanning is quickly spreading on Chinese social media today (video on Weibo here).

In the 38-second-long surveillance video, a man dressed in black can be seen walking on the bridge. In the distance stands a young woman, leaning against the bridge guardrail, seemingly having a rest. Suddenly, the man walks towards her, lifts her up by her leg and buttocks, and throws her over the railing, into the Yong River (邕江). 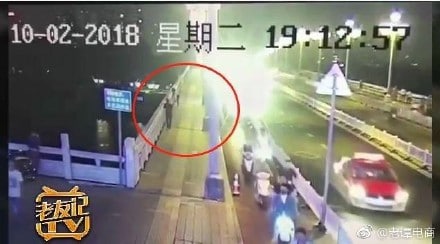 The entire incident, that took place on the evening of October 2nd, occurred within a time frame of just three seconds. The footage further shows that the man continues his walk as the traffic keeps rushing by.

According to the Guangxi Daily, the local Nanning Qingxiu police station received reports of the incident around seven o’clock on Tuesday night. The police immediately dispatched police officers to the scene.

Arriving at the scene, they found a group of people who had caught the man suspected of throwing the woman off the bridge. He was arrested at the spot. 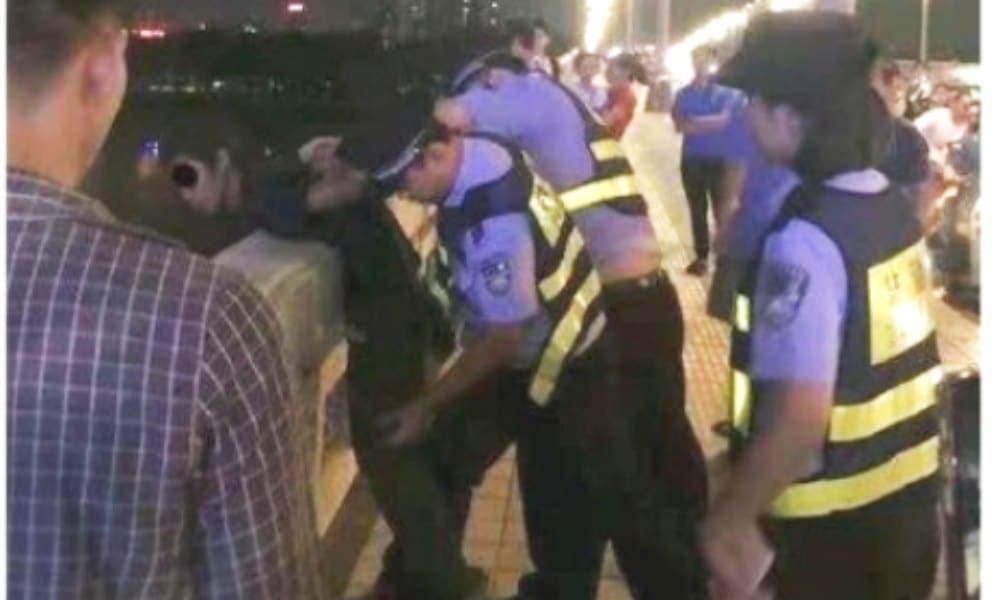 With the help of bystanders, the woman was rescued and brought to the Second People’s Hospital in Nanning. The 19-year-old victim, who surname is Wei (伟), is not in critical condition. However, her high fall did cause her to injure her waist and spine.

According to family and friends, Wei did not know the man who threw her off the bridge. She was just having a rest, looking out over the river after having dinner in town. 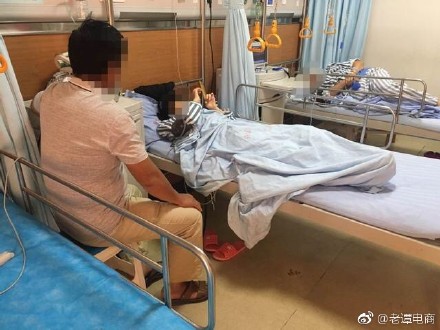 A reporter of the local television station of Nanning stated the victim still has trouble to understand what has happened to her.

Wei told the reporter that she recalls using her last breath to scream for help just before she hit the water. It is because of the help of a man by the name of Abo (阿伯), who at that time happened to be swimming nearby, that she is still alive, she says.

“He tried to kill her, but he was unsuccesful,” one Weibo commenter said. Others called for the man to get a long prison sentence, and called the incident “absolutely terrifying.”

A statement released by the Nanning Qingxiu police department discloses that the suspect is a man named Tang (唐) from outside Nanning. He is still in custody while police further investigates the case.

Fan Bing Bing is Back! The ‘Missing’ Actress is Ordered to Pay $130 Million & Apologizes on Weibo (Full Translation)