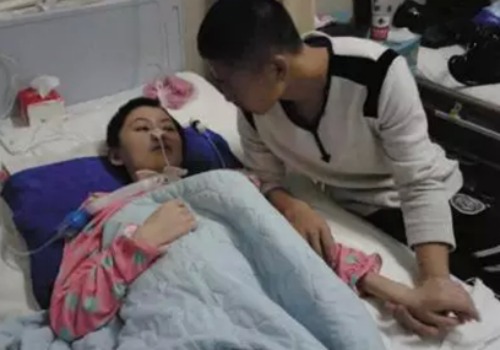 One man made Chinese headlines in 2014 for borrowing RMB 200,000 (30,900$) to care for his girlfriend who fell into a coma after a severe head injury. But now that the woman has woken up, she reveals that her loving boyfriend was the one who caused her injuries. The story has shocked netizens, who hope that China’s new law against domestic violence will bring justice to victims of abuse.

In 2014, Liu Fenghe touched the hearts of many Chinese netizens. After his girlfriend Lin Yingying received serious head injury and became comatose, the young man from the port city of Dalian stood by her side, and even bore a debt of RMB 200,000 (30,900$) to care of his girlfriend.

Liu’s faithfulness and persistence was extensively covered by Chinese media, and many netizens pointed to Liu’s story as proof that true love still exists in China today. The pictures of the caring Liu standing by his girlfriend’s sickbed were shared amongst netizens. 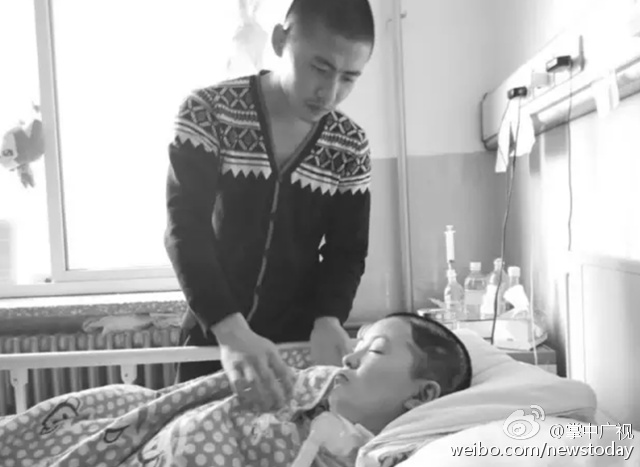 But this love story took a shocking turn when Lin miraculously regained consciousness in May 2015. Lin’s family was overjoyed with her recovery, but they were then hit with a dark and terrifying truth; Lin’s ‘accident’ was a hard blow to the head by her boyfriend, Liu Fenghe.

The true story behind Lin’s injury has now been exposed by Chinese media, shocking Weibo’s netizens. Media report how Lin and Liu opened a bakery together shortly after they met. On the August 29th 2014, Lin accidentally burned twenty loaves. This supposedly made Liu so angry that he grabbed a large rolling pin and struck Lin hard in the back of her head. The blow left Lin seriously injured with blood coming from her ear, and she fell to the floor. According to Chinese media, Liu then called an ambulance, saying that Lin “fell over in the bakery”.

Lin Yingying also revealed that this was but one of many occasions where her boyfriend had beaten her. Liu Fenghe had previously punched Lin in the chest for playing a mobile game he didn’t like. Although Lin initially resisted Liu’s violence, she gradually came to endure his abuse in silence, fearing her parents’ reaction if they discovered her injuries.

Since Lin revealed her horrific experience, Liu Fenghe and his mother have been on the run. According to Tencent News, Lin’s father responded to the news with shock and commented: “As a person, you need to have a conscience. Why was he so cruel to my daughter? If he was the one who beat her, he should have admitted doing it.”

The news was shared on Weibo by many different media outlets, such as Legal Evening News, using the hashtag #Story Plot Twist (#剧情大反转#) Netizens reacted with outrage: “Nearly killing your girlfriend for burning bread? What kind of a monster is he?”

Another user commented: “The girl’s family should have called the police. I can’t believe they went all this time without knowing the truth.”

Other netizens called for Liu to be punished: “It’s time to carry out our domestic violence law.”

China’s very first law targeting domestic violence took effect at the beginning of this month, with the landmark legislation covering married couples and co-habiting couples, and including both physical and psychological abuse.

About a quarter of all Chinese women suffer domestic abuse during marriage, only 40,000 to 50,000 reports were approximately made each year, the Guardian reports. Like Lin Yingying, many victims remain silent to avoid bringing shame upon the family.

With domestic violence now formally being recognized in Chinese legislation, Weibo’s netizens express their hope that Liu, along with other perpetrators of domestic violence in China, will finally receive their just punishment.

Anna is a UK-based writer and translator who spent her early years in northeast China. She has a passion for the social stories unique to China and is fascinated by historical issues unfolding over the stage of Chinese social media.