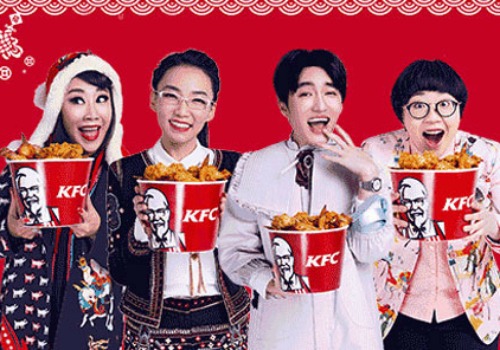 Fast food giant KFC has opened its first outlet in Lhasa, Tibet. Although most netizens on Sina Weibo seem happy with KFC’s arrival in Tibet, Newsweek reports that the opening has also drawn criticism from Free Tibet campaigners.

Almost 29 years after the first KFC opened in China near Tiananmen Square in Beijing, the chain has now opened its first Tibet branch in Lhasa on March 8, 2016.

KFC’s opening in Lhasa is a first in many ways; not only is this the first KFC in Tibet, it’s also the first international chain opening up there, and it is the biggest KFC restaurant in the world (over 500 square meters). KFC, a brand under the umbrella of YUM! Brands, has tried to open its Lhasa store for over a decade.

“Nowhere outside else of the US has KFC expanded so quickly.”

Although KFC is not China’s first fast food restaurant, it is one of China’s most popular ones. The love between KFC and China is mutual; nowhere outside else of the US has KFC expanded so quickly. For its first 18 years straight, the chain had an average of 50% growth per year (Liu 2008, xi). There are more than 5000 KFC restaurants in over 1100 places in China.

Its popularity is also visible on China’s social media; on Sina Weibo, the fast food giant has over 1,3 million fans on its official account. In comparison: McDonald’s has 64,0000 fans, Burger King a mere 4900 followers.

A sandwich meal with chicken wings, cola and French fries will be 40 yuan ($6.10) in Lhasa, while it is 31 yuan in inland cities, People’s Daily reports. 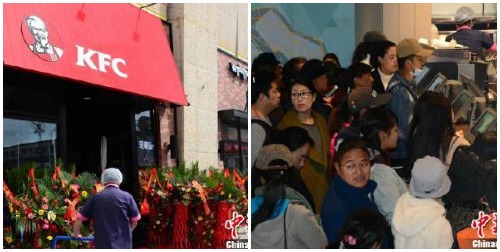 London-based organization Free Tibet, that supports an independent Tibet, has released a statement about KFC in Tibet earlier this week, in which they say that “there’s nothing in principle wrong with a Western company setting up shop in Tibet but it’s always a source of concern because so far, very few companies have shown that the have any interest in bringing benefit to Tibet and Tibetans,” and that “Tibetan interests aren’t represented by local authorities who serve Beijing rather than Lhasa”.

According to China Daily, half of the new KFC’s staff will be from Tibet.

“The Dalai Lama wrote KFC saying that the slaughtering and eating of chickens was against the values of the Tibetans. But it later turned out the Dalai Lama himself liked to eat beef.”

Chinese leading news portal Phoenix News reports that when KFC first planned to open a branch in Tibet, the chain received a letter from the Dala Lama, saying that the slaughtering and eating of chickens was against the values of the Tibetans. But, Phoenix News writes, it later turned out the Dalai Lama himself liked to eat beef. 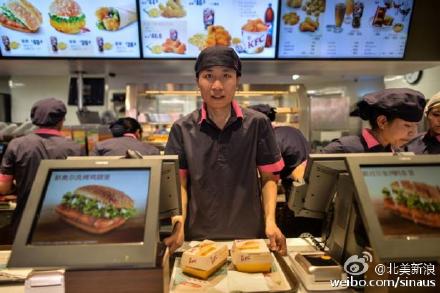 Dalai Lama aside, KFC mostly waited so long to open a chain in Tibet because it was not expected to be profitable. The economic environment of Lhasa today is strong enough for KFC to be expected to thrive there.

On Weibo, some netizens are astonished with the news of the first KFC opening in Tibet: “Does this mean that there was no KFC there before?!”, one netizen says. Other Weibo users wonder what’s next: “Where’s Starbucks?” they say.