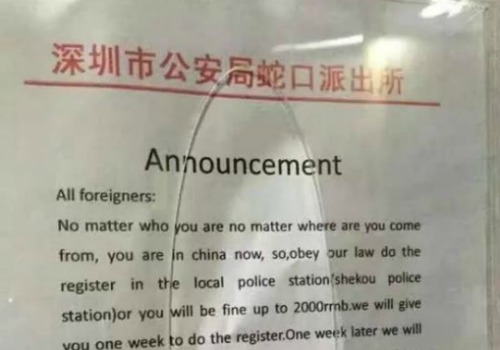 An English notice to foreigners in Shenzhen, China, issued by local police, is causing amusement amongst China’s social media users for being the “most aggressive English announcement”.

A local police station in Shenzhen, China, recently issued a special notice to foreigners in informal English. The note has become popular on WeChat and Weibo for its somewhat straightforward tone and creative use of language, with many netizens calling it the “most aggressive English announcement.”

The note tells foreigners to get registered at the police station within a week, or else they can expect a “big operation” against them, and a 2000 rmb [±305US$] fine.

Funny as it may be, the notice has been very effective, local police staff members say. 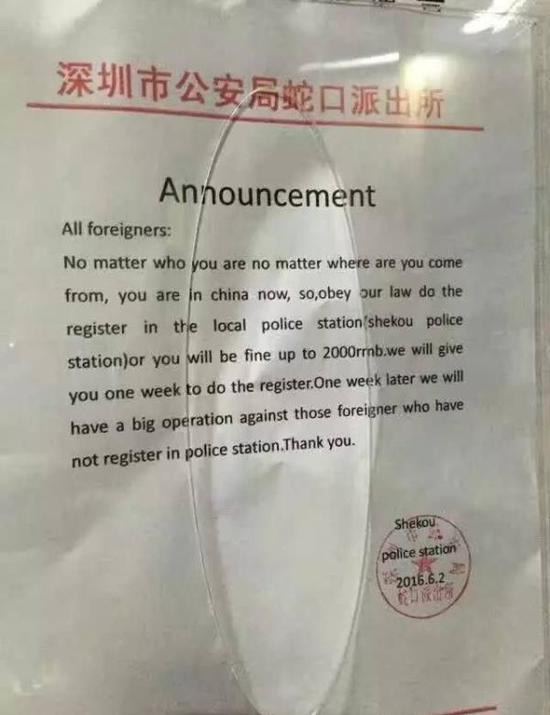 In China, it is required for all foreign nationals to register with local police within 24 hours after their arrival. When staying at a hotel, staff members will do it for their guests. People who are not staying in a hotel officially need to go to the public security organ in the place where they are staying to register their address and go through the registration formalities.

According to China News, the notice was distributed in all neighborhoods of the area and has proved effective: many foreigners have already come to the police station to get registered. After all, no matter who they are no matter where they come from, they’re in China now.