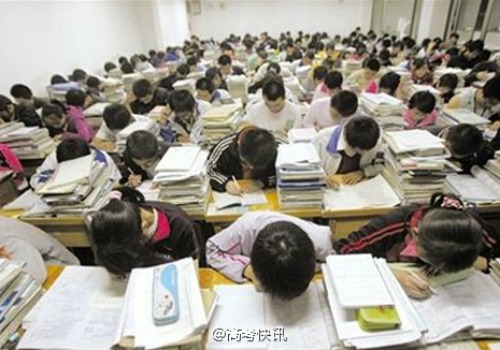 It is time for the gaokao (高考) – China’s national college entrance exams. The exams, that are taking place on June 7 and 8, are attracting nationwide attention both offline and online. Not only do the gaokao dominate the top trending lists on China’s social media, companies also profit from the booming “gaokao economy” (高考经济).

China’s gaokao (高考) week, the time of the national college entrance exam, is one of the biggest events of the year. During this time, topics like ‘the 2016 Exams’ (#2016高考#) are trending on social media, and Weibo accounts revolving around the exams, like Sina’s Gaokao Newsflash (@高考快讯), are suddenly very popular.

More than 9 million students are taking the exams this year. The gaokao (literally: ‘higher exams’) are a prerequisite for entering China’s higher education institutions, and are usually taken by students in their last year of senior high school. The exams take place during a period of 2 days. Scoring high grades for this exam can give high school students access to a better college, which enlarges their chances of obtaining a good job after graduation. Because the exam results are potentially life-changing, the gaokao period is generally a stressful time for students and their parents.

China’s social media platforms are well-visited during the exam period. Many exam candidates post photos of their study material or go online for support, posting encouraging words to themselves and to their fellow students on Sina Weibo. Weibo is also the go-to platform for parents whose children are taking exams, as these strenuous times are generally stressful for the entire family. Weibo currently therefore also has trending hashtags like “Respect for all parents supporting their kids during exams” (#向高考陪读父母致敬#).

Many businesses and universities profit from the nationwide gaokao fever by drawing attention to themselves and trying to make money during this time. “Gaokao economics” (高考经济) refers to this phenomenon of businesses specifically using the exam-period to promote their brands and make more profit.

On Weibo, gaokao economics are mainly visible through brands wishing exam students good luck; making sure they link their logo to the exams. The trending topic ‘2016 exams’, for example, is sponsored by the popular herbal tea brand Wong Lo Kat. 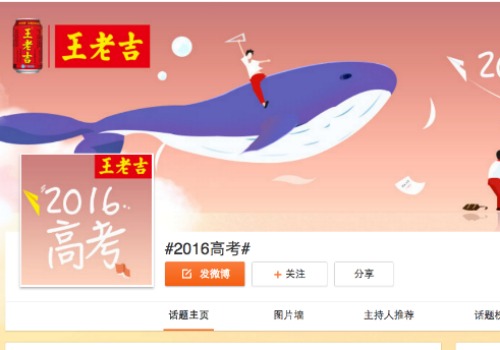 There are also various brands and companies that organize special exam activities and advertise them through social media. Wenzhou radio announced that they are organizing special local taxi’s to drive students to their exam rooms and back. 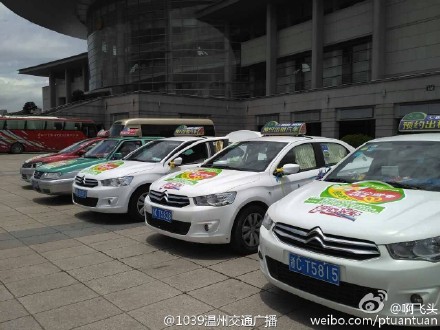 App developers and app stores take this opportunity to promote apps focused on studying and concentration. The weekly recommendations of the Chinese Apple app store are specially themed around “Exam Preparation” (专注备考), with various apps listed to help students organize their study information, improve time efficiency, relax in between studying, and meditate for better focus.

Many educational institutes also profit from the exam fever, either by offering expensive cram courses or by using this time for promotion. While the exams are still in full swing, universities are already trying their best to attract prospective students. Under the hashtag “I Will be Waiting for You in University” (#我在大学等你#), many universities are posting their campaign videos and publicity photos, featuring university students holding signs saying “I will be waiting for you at [university name]”. 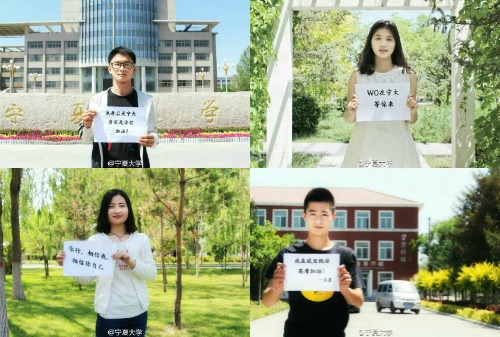 But the gaokao economy goes far beyond the digital environment. Many companies jump at this opportunity to offer anything students might need, from clothes to food and other basic needs. There are also many hotels, for example, providing hourly rooms and special discounts for gaokao candidates who need some room for study or accommodation. These so-called ‘exam rooms’ (高考房) are currently very popular, as they give students the opportunity to concentrate and get a good night sleep. One Shijiazhuang hotel provides free yogurt and chocolate for exam candidates, as well as lucky signs in their hotel rooms to boost their chances of success.

There are also companies offering special ‘gaokao nanny’ (高考保姆) services, as reported by 961 News. ‘Gaokao nannies’ do everything they can to make the exam student as comfortable and focused at possible; cooking them the right food, taking them to the exam room and alleviate their stress through talking. 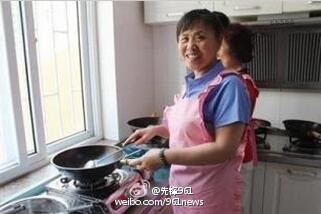 As the ‘gaokao economy’ has grown bigger through the years, there are also media criticizing the phenomenon. Some media say businesses shouldn’t profit from students, others say it is not good as it puts extra strain on those families that are already having financial struggles, as they cannot afford to spend more during their child’s exam period.

But not all netizens agree with the media’s critical stance: “Don’t these companies just need to make money too? It’s not like they’re cheating people,” one netizen writes: “I am not in this business, but you’re making a big fuss over nothing.” Another Weibo user responds: “There are just so many people who need to make money in this country – and they’ll think of anything to do so.”

‘Warcraft’ and Its Popularity in China

“You Are in China Now” – Aggressive Police Notice to Foreigners

Underwear so good that it can “help women lie to win in the workplace”? Sexist and offensive, according to many Weibo users. 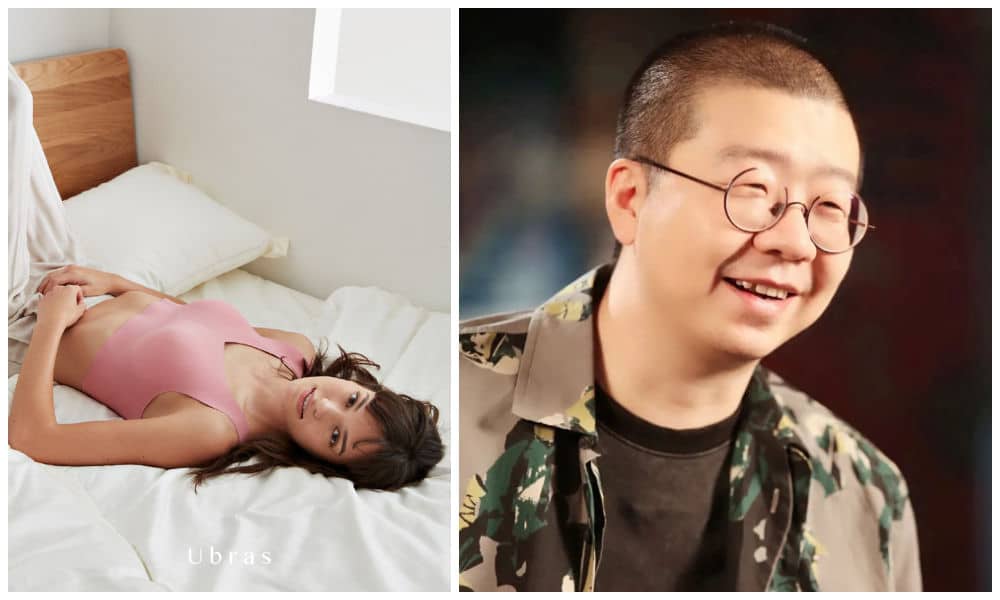 Popular talk show host and comedian Li Dan (李诞) has sparked controversy on Chinese social media this week for a statement he made while promoting female underwear brand Ubras.

The statement was “让女性轻松躺赢职场”, which loosely translates to “make it easy for women to win in the workplace lying down” or “make women win over the workplace without doing anything,” a slogan with which Li Dan seemed to imply that women could use their body and sex to their advantage at work. According to the underwear brand, the idea allegedly was to convey how comfortable their bras are. (The full sentence being “一个让女性躺赢职场的装备”: “equipment that can help women lie to win in the workplace”). 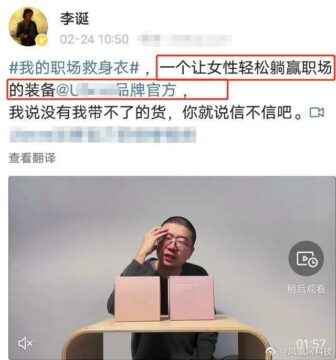 Li Dan immediately triggered anger among Chinese netizens after the controversial content was posted on his Weibo page on February 24. Not only did many people feel that it was inappropriate for a male celebrity to promote female underwear, they also took offense at the statement. What do lingerie and workplace success have to do with each other at all, many people wondered. Others also thought the wording was ambiguous on purpose, and was still meant in a sexist way.

By now, the Ubras underwear brand has issued an apology on Weibo for the “inappropriate wording” in their promotion campaign, and all related content has been removed.

The brand still suggested that the slogan was not meant in a sexist way, writing: “Ubras is a women’s team-oriented brand. We’ve always stressed ‘comfort and wearability as the essence of [our] lingerie, and we’re committed to providing women with close-fitting clothing solutions that are unrestrained and more comfortable so that more women can deal with fatigue in their life and work with a more relaxed state of mind and body.”

Li Dan also wrote an apology on Weibo on February 25, saying his statement was inappropriate. Li Dan has over 9 million followers on his Weibo account.

The objectification of women by brands and media has been getting more attention on Chinese social media lately. Earlier this month, the Spring Festival Gala was criticized for including jokes and sketches that were deemed insensitive to women. Last month, an ad by Purcotton also sparked controversy for showing a woman wiping away her makeup to scare off a male stalker, with many finding the ad sexist and hurtful to women.

One Durex sex toy ad gave off the wrong vibrations to Chinese regulators. 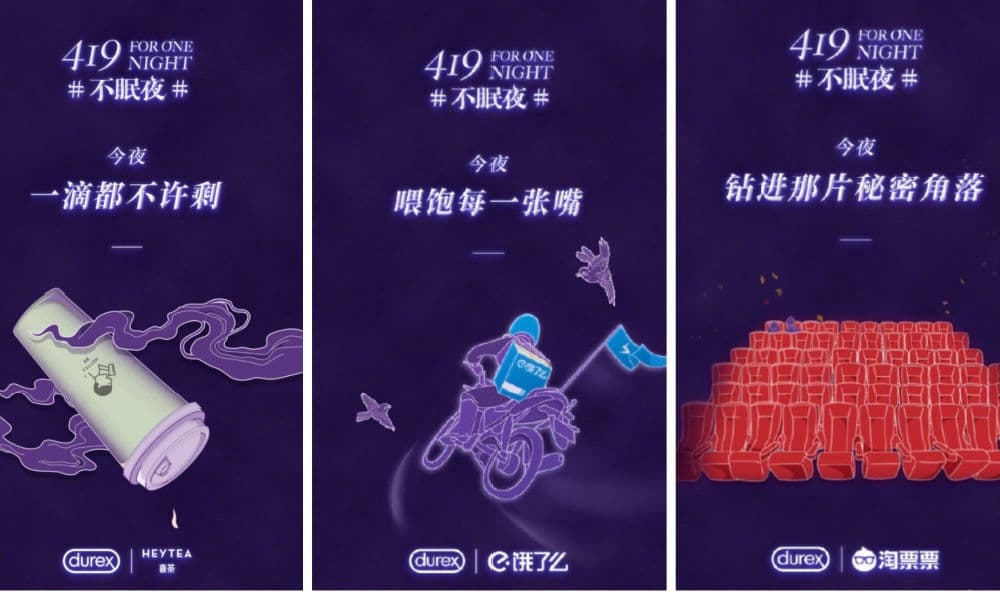 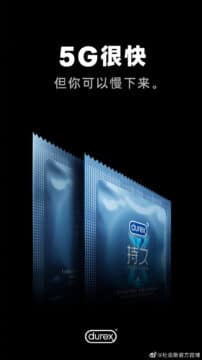 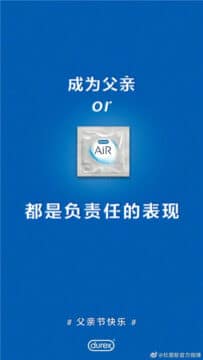 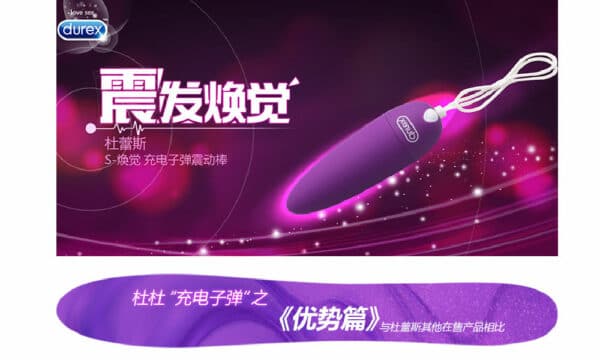 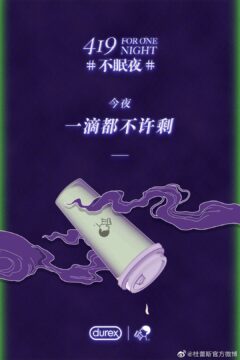 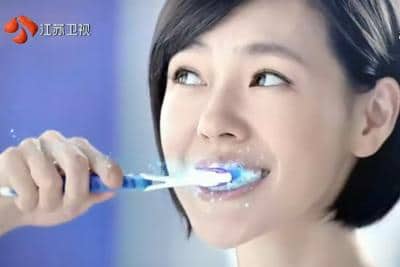