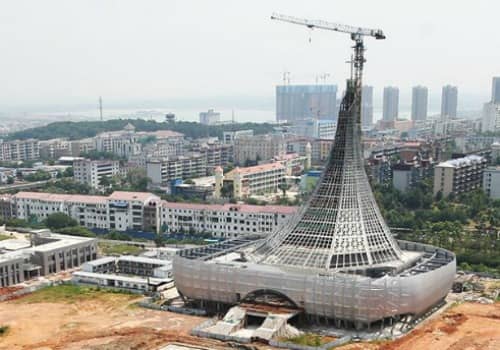 The construction of a 150,000-square-meter Christian theme park in the capital of Hunan has sparked controversy on Chinese social media. Many netizens think a religious park does not belong in the home province of Mao Zedong – especially not when funded by the local government.

A so-called “Christian Theme Park” (教会主题公园) in Changsha has sparked controversy on Chinese social media. The park, located in the Changsha Xingsha Ecological Park, is called “the biggest Christian theme park in southern China” (中南地区最大的教会主题公园), but is likely the only one of its sort in the entire nation. It opened its doors during the Spring Festival.

According to the China Christian Daily, the park covers an area of approximately 150,000 square meters (15 hectares) and one of its highlights is the 80-meter high Xingsha Church. The park is also home to the Hunan Bible Institute. 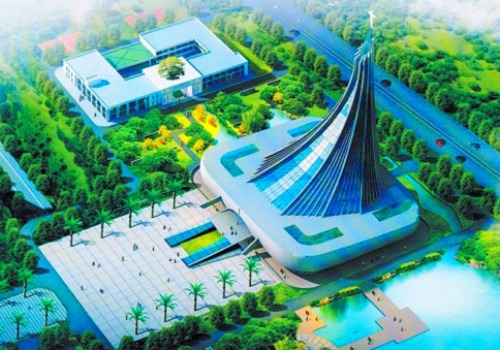 On social media, from WeChat to Weibo, the opening of the park has triggered controversy. Changsha is the capital city of Mao Zedong’s home province Hunan, and the park is allegedly sponsored by the local government.

“Religion has grown too fast in recent years in China, which has led to friction and conflict.”

“No matter what you say, this Changsha park has triggered controversy that should be taken seriously by all authorities. Besides protecting historical religious buildings, we should be very cautious about new religiously themed buildings at tourist spots. Ask around if it is a good idea or not, look up the legislation and policies – don’t just rely on your own will and the local profits. It might lead to serious disputes.”

Shan Renping adds: “Overall, religion has grown too fast in recent years in China, which has led to friction and conflict. Local governments should no longer use public resources for the propaganda and promotion of a religion. Religion should neither be suppressed nor promoted, but should be dealt with in accordance with the law.”

“What on earth gave the Changsha government the right to use the taxpayers’ money for a Christian project?”

Although Christianity is one of China’s five state-approved religions, many netizens think the Christian theme park should be demolished. A Hunan TV report showed the park’s purpose as a tourist attraction and wedding photos location, but many netizens stress that China is a secular society and that the park’s construction in Changsha is not in line with the revolutionary history of the city. 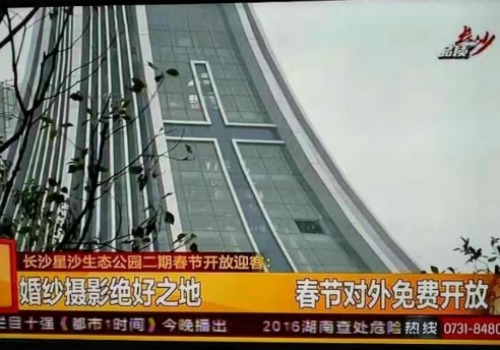 In a popular WeChat article (link in Chinese) by an account called “Behind the Headlines”, the author also expresses his dismay at the fact that this Christian park, of all places, should be opened in the hometown of Mao, who was a convinced atheist.

Despite all the criticism, not all netizens think the park is a bad idea. “This is freedom of religion. If you don’t like it, don’t go there,” one netizen said.

One commenter complained that the widespread criticism was unfair, saying: “When there are mosques built, nobody dares to say anything, but when other religions make something, you open your mouths. It’s not right.”

There are also those who do not necessarily care about the religion, but do care about the money: “What on earth gave the Changsha government the right to use the taxpayers’ money for a Christian project? Should it not be a public park instead of a religious place?”

What’s on Weibo is an independent blog. Want to donate? You can do so here.

Featured image: part of a slogan on a wall saying “love daughters.”.

©2017 Whatsonweibo. All rights reserved. Do not reproduce our content without permission – you can contact us at info@whatsonweibo.com