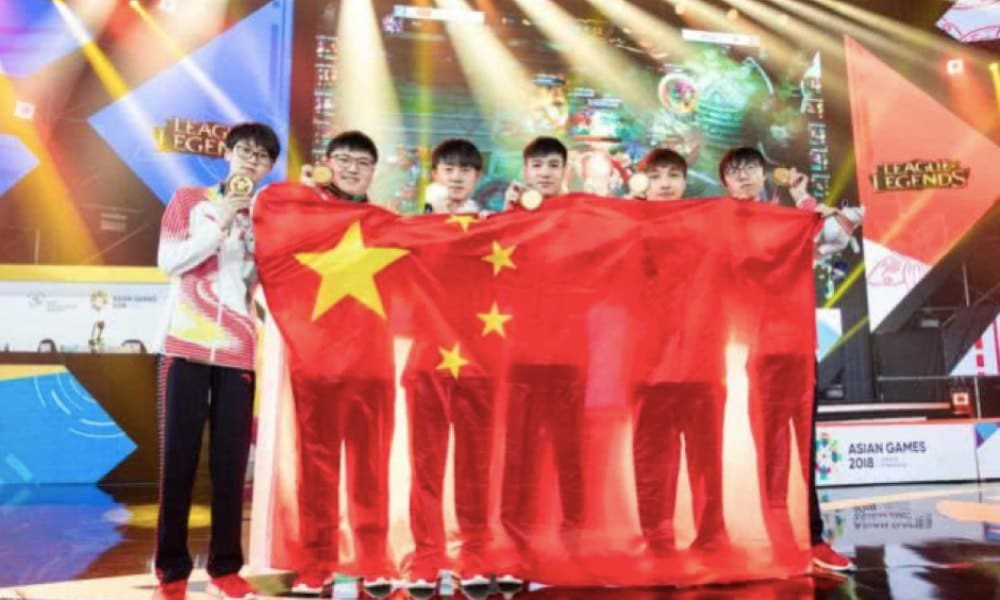 With 1.8 billion views (#电竞亚军会#) on Weibo, the 2018 Asian Games eSports Demonstration Event has been a big topic on Chinese social media. Despite a broadcast-ban, netizens went crazy for the Chinese team, that – somewhat clumsily – waved the Chinese flag in Jakarta.

The 18th edition of the Asian Games held in Jakarta, Indonesia, has come to an end. With 2,3 billion views on Weibo alone (#2018亚军会#), the Asian Games are a hit on Chinese social media.

The Asian Games marked the first time for esports (electronic sports) to be included in a major international comprehensive sports event.

On the 26th of August, the first day of the esports event, the Chinese team won their first gold medal after winning the game Arena of Valor aka AoV (王者荣耀). The second day, they won the silver medal with the game Clash Royale (皇室战争), ending just behind the Indonesian team.

But the most significant success was celebrated on the 29th of August. After a 3-day battle, the Chinese team won their second gold medal for their performance in the game League of Legends (英雄联盟). Their victory came as a surprise to many, since it was the South Korean team that had defeated China twice during the group phase. But this time it was the Chinese team that celebrated a three-to-one victory over the South Koreans. 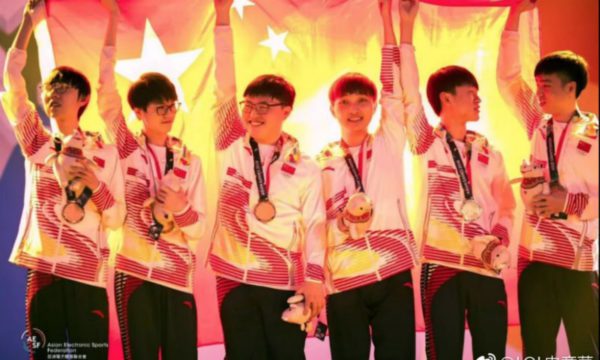 Despite the national teams’ successes, TV-watching audiences on mainland China were not able to witness these important moments in sport; CCTV5, the state television’s national sports channel, did not broadcast any of the esports events. Much to the annoyance of many netizens, CCTV5 also did not allow any other platform the right to broadcast any esports events.

On CCTV5’s official Weibo account, many netizens called for the broadcasting of the esports games last week, and vented their dissatisfaction towards state media for banning the broadcast.

One Weibo user wrote: “CCTV spends state money to get a monopoly on the broadcasting rights, and then they choose not to broadcast. It is a waste of the state’s money and disrespectful to the people who do want to see esports!” Some posts scolding the CCTV received thousands of likes.

Except for CCTV, Party newspaper People’s Daily (人民日报), also received many negative social media comments after thy published an article on the victory of the national team. In the comment section, readers wrote comments such as: ‘Now you want to congratulate? Weren’t you the one that didn’t want to broadcast live?’ and ‘I’ve been thinking, isn’t it time that CCTV gets its own E-sports channel?’.

Clumsy Display of Nationalism: ‘Handshake with the National Flag’

Despite China’s ‘ban’ on esports, the country’s esports athletes showed much patriotism during the Asian Games.

In an interview with Tencent Sports, one the players of the Chinese team, Jian Zihao (简自豪), who goes by the online-ID ‘Uzi,’ expressed his love and gratitude for China, saying: “It’s the first time the national esports team officially represents the country. We wear the national [sports]uniform from head to toe, with the five-star red flag printed on the left side of our chest and ‘CHINA’ in capitals on our back. […] we live in the same village as the other athletes. I never thought that this would happen to me.’ 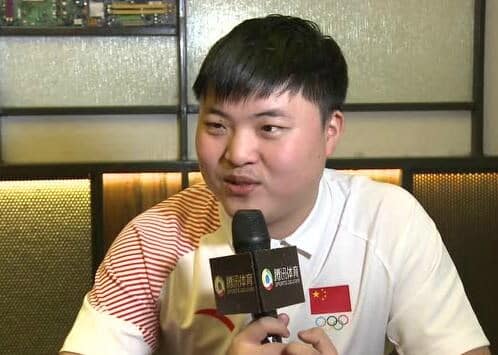 The team also had a noteworthy patriotic moment during the so-called ‘handshake with national flag incident’. After winning their second gold medal, the Chinese team gained much attention online when they somewhat clumsily kept on holding onto their national flag while shaking hands with the silver and bronze medal winners (video link).

After the award ceremony, the hashtag ‘Handshake with the national Flag’ (#举着国籍握手#) became a hot search on Weibo, with more than 27 million views.

The athletes later said that nobody dared to put the flag down, so they held it up while shaking hands. They reportedly said: ‘The national flag is the most sacred thing, we didn’t dare to make any mistakes.’ 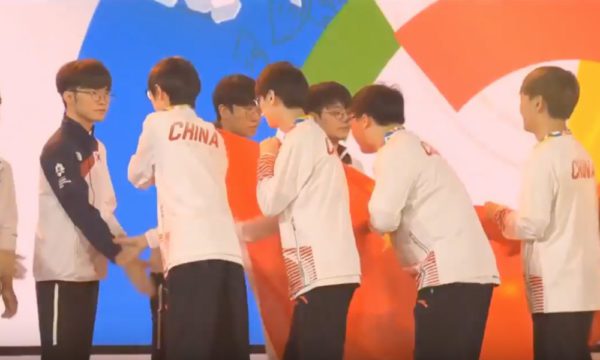 The moment the esports team shook hands with the other teams while holding the Chinese flag.

A Weibo post publishing about the moment titled the incident ‘Sorry, It’s the first time I won the  Asian Games Championship, [I have] no experience.’ (‘对不起，第一次拿亚运冠军，没经验.’); it was shared over 98 thousand times and liked more than 124 thousand times. Many netizens found it very amusing, calling the athletes ‘clumsy,’ ‘cute’ and ‘adorable.’

Whether the positive image of the athletes will be enough to lift the ban on broadcasting online gaming is not clear. Neither the CCTV nor People’s Daily have yet officially responded to the complaints. But as the next Asian Games are to be held in Hangzhou, China, in 2022, many are hopeful that the ban will be lifted by then. One thing is sure: their team is ready for it.

The Essential Balm: How to Use Tiger Balm & Qing Liang You