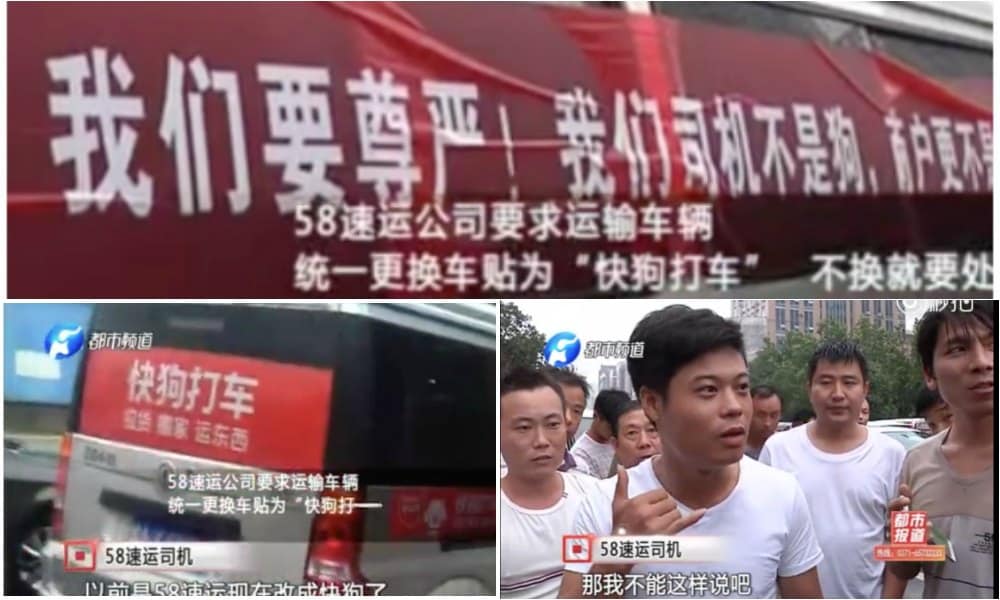 During the dog days of summer, Chinese transport company ’58 Suyun’ has made a remarkable move: they’ve rebranded under the name ‘Fast Dog Drivers’ (快狗打车). But since ‘dog’ is a derogatory term in Chinese that can mean ‘damned’ or ‘bastard,’ employees are reluctant to drive around with the new sign that marks them as ‘damned drivers.’

A Chinese media news report (video) shows how workers in Zhengzhou have gathered at the office to express their anger about the name change. (Video also on Youtube here). 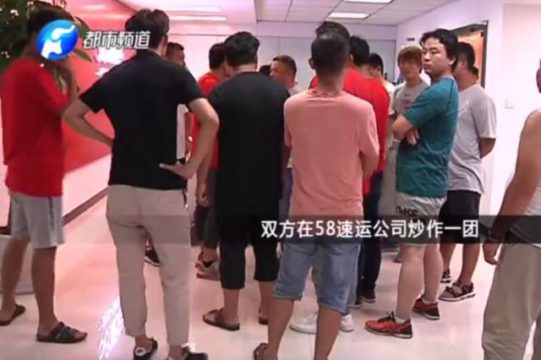 Many drivers feel the name has a double meaning, implying that either the drivers themselves are ‘dogs’ or that the people they serve are ‘dogs,’ or that they are actually picking up dogs.

Some employees at the “Fast Dog Drivers” are afraid their new name might get in trouble, and refuse to have the new name sign on their minivans, asking: “Why can’t the main company just change its name, and let us carry the old name on our vans?” 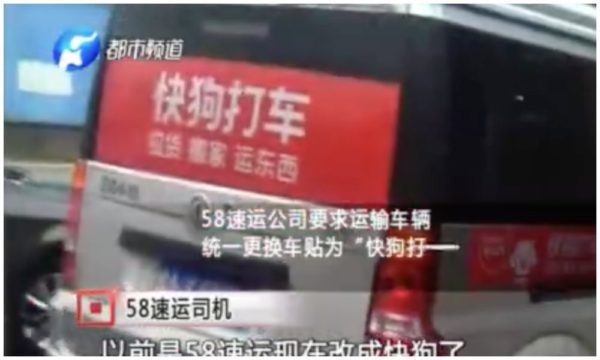 The new Fast Dog sign on a delivery van.

Some drivers have even put up signs on their van, saying: “We are respectful! We are no ‘dogs’!” 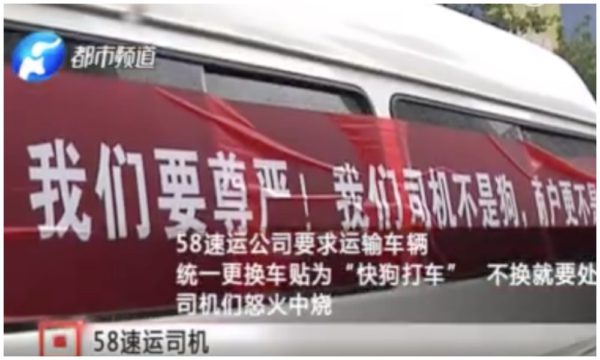 One employee speaking to reporters (video) said: “If I call up a customer, am I supposed to say, ‘Hello, this is ‘Fast Dog’ [‘fast bastard’] speaking? I can’t say that! I’d be scolding myself and the company!”

“Hello this is Fast Dog speaking, I can’t say that!”

The employee further tells reporters: “Our company told us that JD.com also has a dog in its logo, yeah, but their name is still JD.com!” He says: “Just look at Tmall [e-commerce site 天猫 lit. ‘day cat’], they have a ‘cat’ [in their name] and that’s not insulting. Nobody uses ‘cat’ as a bad word, now do they, telling someone they’re a ‘cat’ doesn’t do anything, now does it?” 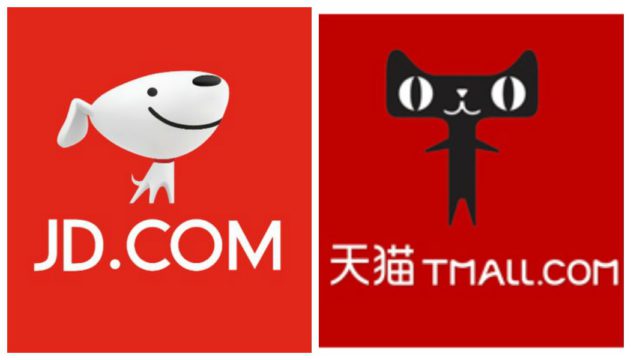 E-commerce companies JD.com uses a dog in its logo, whereas Tmall uses a cat in both logo and Chinese name.

On Weibo, news about the name change is also causing some surprise: “Is this for real?”, some say: “This name is so undignified!” 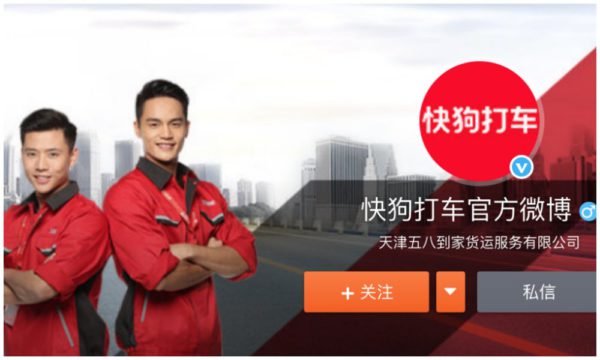 The name change surely is for real; ’58 Transport’ has also changed its Weibo account to ‘Fast Dog Drivers’ (@快狗打车官方微博). But the name introduction on its Weibo page has also attracted some dozen reactions saying: “Are your drivers ‘dogs’ [‘damned’]?”

Some people, however, mention the fact that one of China’s biggest search engines also has a ‘dog’ in it: Sougou (搜狗) literally means ‘searching dog.’

’58 Transport’ or ‘Fast Dog Drivers’ is a company that operates in more than 25 major cities across China. It offers services in picking up goods, moving services, and other transport services, and especially stresses the speed of delivery and quality customer services as its main company strengths.

For now, according to reports, the workers in Zhengzhou do not need to put the new name on their minivans – if they do not have them yet – until the headquarters release instructions about the future marketing strategy of the ‘Fast Dog’ company.

From Skyrocketing Rent Prices to Disappearing Share Bikes: Trending in Beijing This Week 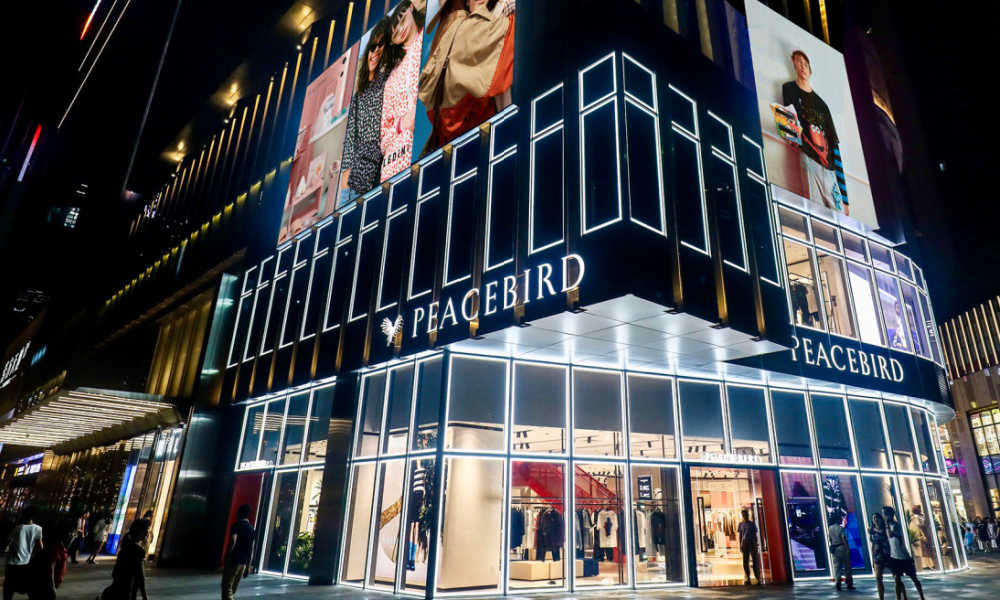 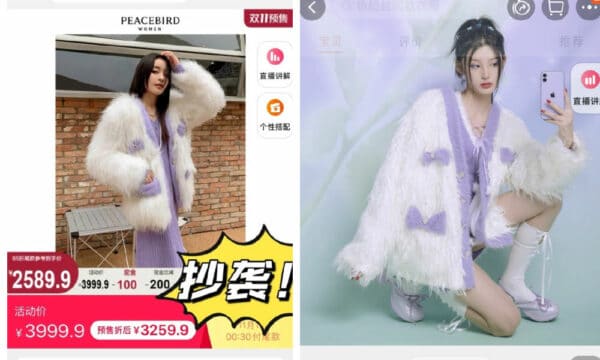 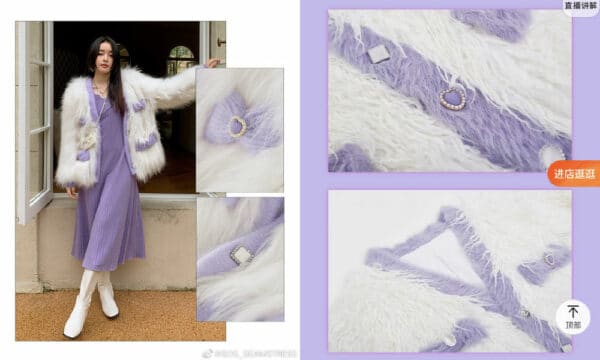 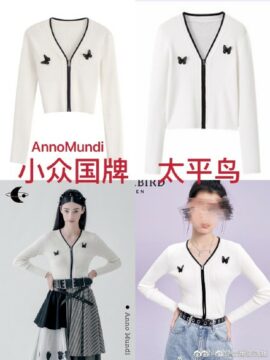 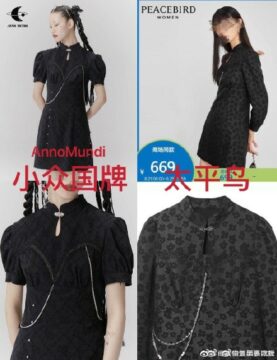 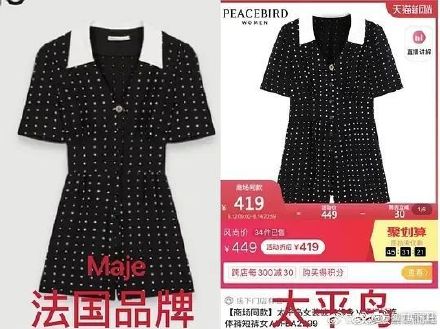 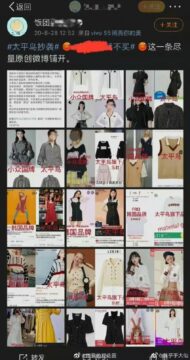