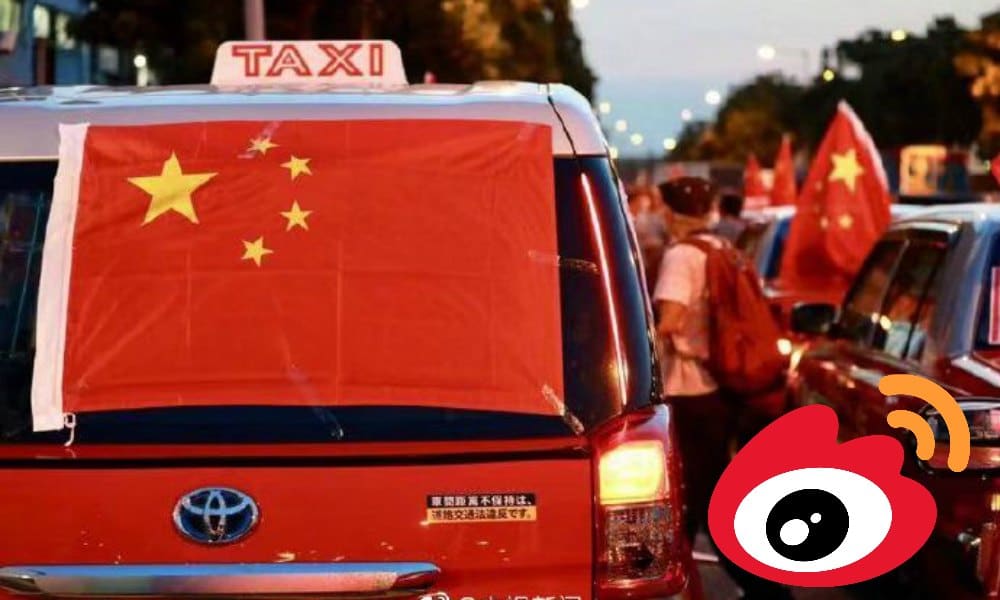 The three most-read posts on Weibo over the past week – an overview by What’s on Weibo.

The protests in Hong Kong have been dominating Chinese social media throughout August, and the past week has been no different. Two out of three most-read posts on Weibo, one of China’s most popular social media platforms, were about Hong Kong this week. 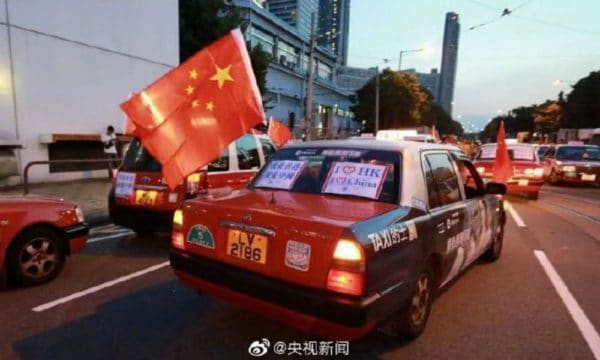 While Hong Kong is gearing up for the 13th consecutive weekend of mass anti-government demonstrations, there are no signs of the protests fizzling out any time soon.

The Hong Kong protests started in March and April of this year against an extradition bill that would allow local authorities to detain and extradite people wanted in mainland China, and have intensified over the past weeks.

Although authorities in mainland China initially remained quiet on the topic, the Hong Kong demonstrations have been dominating the trending streams on China’s popular social media platforms for all of August.

Through videos, online posters, and slogans, Chinese state media have propagated a clear narrative on the situation in Hong Kong; namely that a group of “separatists” or “bandits” are to blame for the riots that aim to “damage public security” in Hong Kong and are “dividing the nation.”

News outlets such as People’s Daily and CCTV are sharing many stories that emphasize the One China principle and praise the Hong Kong police force. Those voices in Hong Kong speaking up for the police force and condemning protesters using violence have been amplified in Chinese media.

One story that became the number one trending post on Weibo this week is that of dozens of Hong Kong taxi drivers hanging the Chinese national flag from their cars (video). 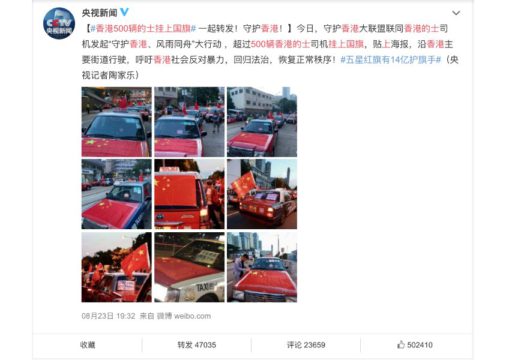 On August 23, the taxi drivers reportedly formed a rally against violence at Tsim Sha Tsui, waving the flags and putting up signs saying “I love HK, I love China.” 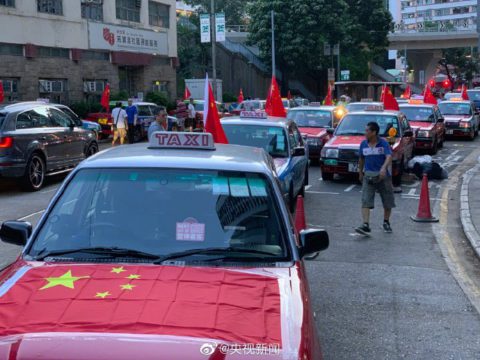 The hashtag “500 Hong Kong Taxi’s Hanging up Chinese National Flags” (#香港500辆的士挂上国旗#), hosted by CCTV, attracted over 700 million views on Weibo. The CCTV post reporting on the event received over half a million likes and 47000 shares.

The commenters mostly praise the Hong Kong taxi drivers for “standing up for Hong Kong” and flying the Chinese flag.

In English-language media, it has mostly been Chinese state media reporting on the rally. Xinhua, Women of China, ECNS, and Global Times all reported on the August 23 peace rally. 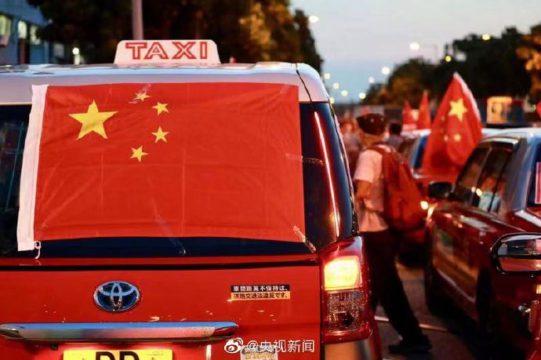 CNN only shortly reported how “a number of taxis have been spotted driving around the city displaying Chinese flags — something that has not happened on this scale during previous protests” (link). 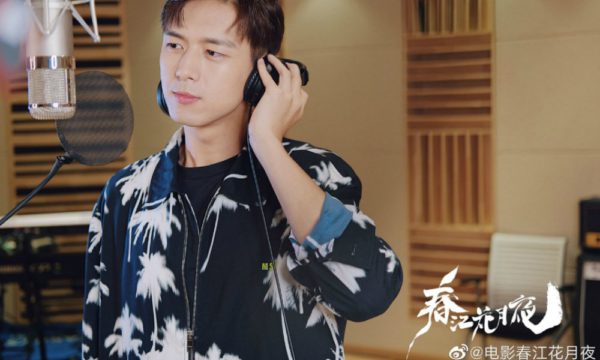 Over 266.000 Weibo users have been sharing a post by Chinese actor Li Xian (李现) on the title track for the new Chinese movie The Moon Remembers All or River on a Spring Night (Chinese title: 春江花月夜).

The upcoming movie itself is a very popular topic on Weibo recently, attracting 430 million views on its hashtag page alone. The movie just finished shooting and will be released in 2020.

The song titled “Bright Future” (前程似锦) is sung by Taiwanese singer Chen Linong (陈立农) and Li Xian, who are both the leading actors in the fantasy movie. The song was released on August 29.

The Moon Remembers All is produced by Edko Films and directed by Song Haolin (宋灏霖), also known for Mr. Zhu’s Summer (2017) and Fatal Love (2016). 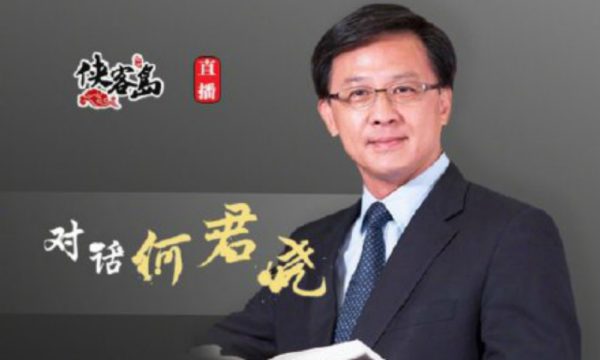 Junius Ho (何君尧) is known as being ‘pro-Beijing’ and stirred controversy earlier this summer when a viral video showed him shaking hands with men wearing white T-shirts who allegedly were linked to the mob attacking people at the Yuen Long MTR station on July 21.

Xia Kedao describes Junius Ho as a “straightforward” politician who “speaks out for justice” and denounces “reactionaries.” 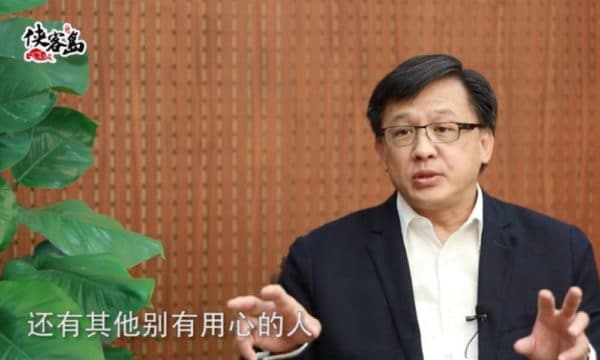 In the August 28 interview, that was live-streamed on Sina Weibo and later also written up, the Hong Kong legislator discussed the background of the protests.

Ho argues that the people with “ulterior motives” used the extradition bill for their own power struggle, distorting and exaggerating the facts behind the regulation.

The politician also partly links the protests to a “weak national consciousness” in Hong Kong due to its education curriculum and says that there have not been enough legal consequences for those participating in illegal activities and riots.

Thousands of commenters on Weibo write that they appreciate Ho for speaking out against the “pro-independence riot youth” and praise him for his “deep understanding” of mainland China.

By now, Junius Ho, who is also active on Weibo with his own account, has gathered more than half a million fans on his page.

This Is the BBQ Restaurant Jack Ma Visited in Zhengzhou