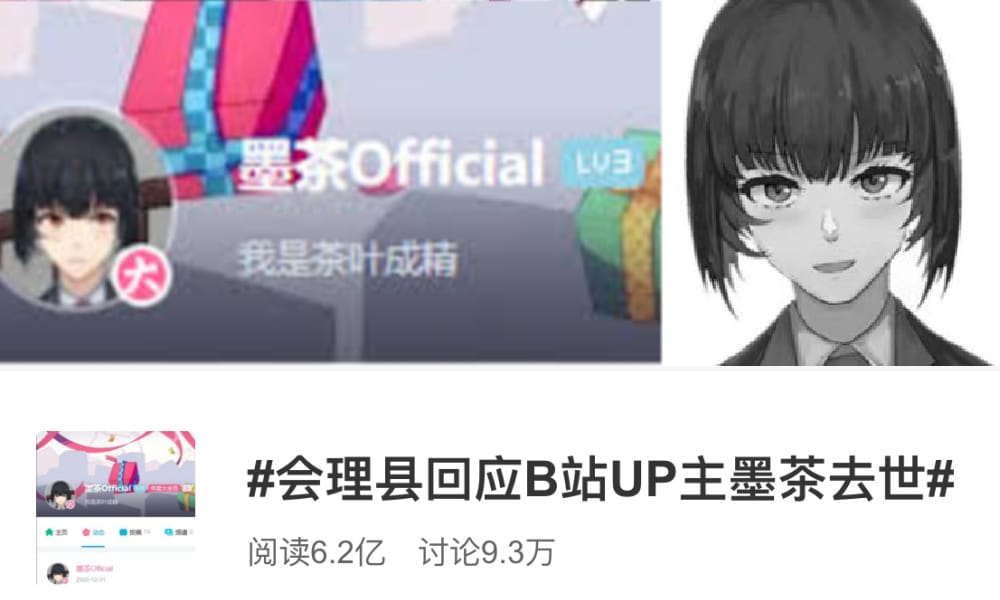 The anonymous and rather unknown blogger ‘Mo Cha Official’ became famous after he died. His death casts light on young Chinese people living in extreme poverty.

On 21 January, the name of a Bilibili content creator called Mò Chá Official (墨茶Official) first appeared on the hot search list of Weibo, shortly after news of his death made its rounds on Chinese social media.

Thousands of netizens started empathizing with this young anonymous blogger after background information about his unhappy and difficult life surfaced online.

Mo Cha Official was a rather unpopular content creator on Bilibili, a Chinese video-sharing site that is mainly themed around animation, comics and games.

Before the news of his death went viral, Mo Cha Official’s channel, which focused on gaming and anime-related content, only had a few hundred fans.

Over the past week, much has become clear on Mo Cha Official and his mysterious death as other Bilibili users and media outlets shared more information on the circumstances leading up to his passing.

Mo Cha Official was a young man, born in 1998, who lived in Huili County in Sichuan province. He first started uploading content to Bilibili about a year ago, sharing his passion for games with other netizens, but also sharing details about his life.

According to other Bilibili users, Mo Cha suffered from nasal tumors and other health problems. Although doctors advised that he needed to be hospitalized, he could not afford the treatment and surgery he needed.

As his health problems grew worse, some of his online friends suggested that Mo Cha could do online fundraising to pay for his surgery. However, since the blogger could not afford to get an official diagnosis on his condition, he could not get the documents needed to organize such online crowdfunding.

On 29 December 2020, he posted: “I’m craving strawberries. Recently, tortured by illness, I vomited out everything that I have eaten. I really want to eat strawberries, but strawberries are too expensive.”

Chinese news outlet The Paper reports that the blogger and his family slipped into poverty after his grandmother became ill and the family had to pay for high medical bills. After the grandmother passed away, the family faced high levels of debt.

According to online friends, Mo Cha developed stomach problems due to malnutrition, and the blogger complained about his stomach hurting in online posts. 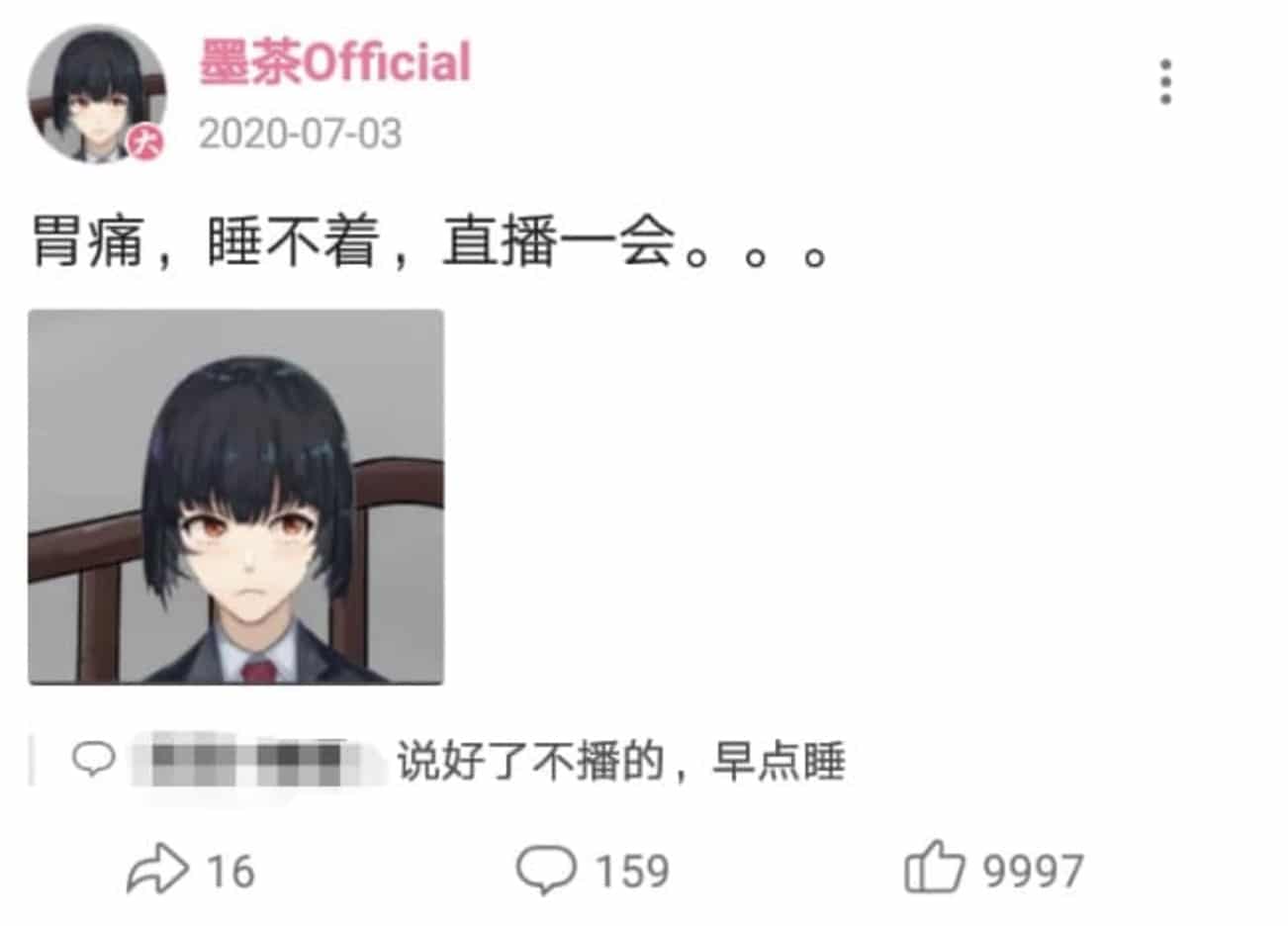 Mo Cha’s situation went from bad to worse when he lost out on wages, became a victim of online fraud, and developed symptoms of diabetes.

He was last seen online on January 4th. Media reports claim the young man passed away around January 10, after which his body was found in his room by his landlord. It took about ten days before his death started to be discussed by former fellow Bilibili users.

Over the past week, many netizens empathized with Mo Cha and noted the calm way in which he talked about his life despite his suffering. “I hope your next life is better than this one,” many commenters wrote.

On video site Bilibili, the 墨茶Official account now has over 1.7 million followers, with many Bilibili users uploading videos and art dedicated to the blogger. Bilibili has officially verified his death and turned his Bilibili account into a memorial account. 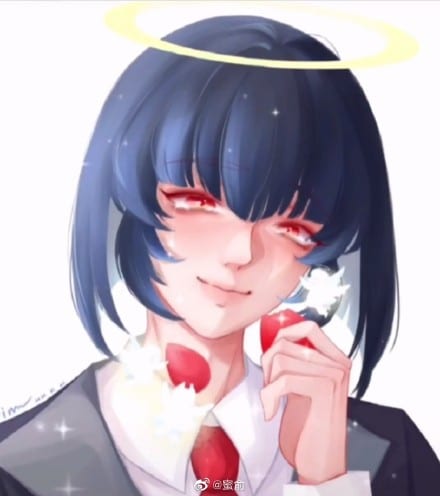 Besides the stream of sympathy messages flooding social media, there are also other responses to Mo Cha’s passing.

Firstly, the blogger’s story triggered online discussions on various social issues including China’s poverty alleviation policies. Many online commenters express their shock that young people such as Mo Cha could die unnecessarily due to poverty and untreated illness.

Although some think better poverty alleviation policies could have prevented the blogger’s death, others think it would take more than that. One Weibo user wrote that changing poverty policies would not have helped his situation, writing: “To get subsidies he would also need to have the right channels and have a certain level of knowledge. He probably really didn’t know.”

Then there was also speculation on the degree of exaggeration in the news regarding Mo Cha’s death, especially after stories surfaced in the media that Mo Cha’s parents’ financial situation was not too bad and that Mo Cha allegedly had a criminal record.

But one of the things that’s most-discussed on social media is the mere fact that Mo Cha could not afford to eat strawberries when he craved them most – a detail in his story that strikes a chord for many.

And so, many people express their wishes for Mo Cha to find strawberries forever in an afterlife. One of the most popular comments on Weibo in one of the threads on this story said: “Hope that you can have many, many strawberries over there.”

edited for clarity by Manya Koetse
Follow @WhatsOnWeibo
Spotted a mistake or want to add something? Please let us know in comments below or email us. First-time commenters, please be patient – we will have to manually approve your comment before it appears.

No Chunyun but Staycation: Chinese New Year Won’t Be the Same This Year