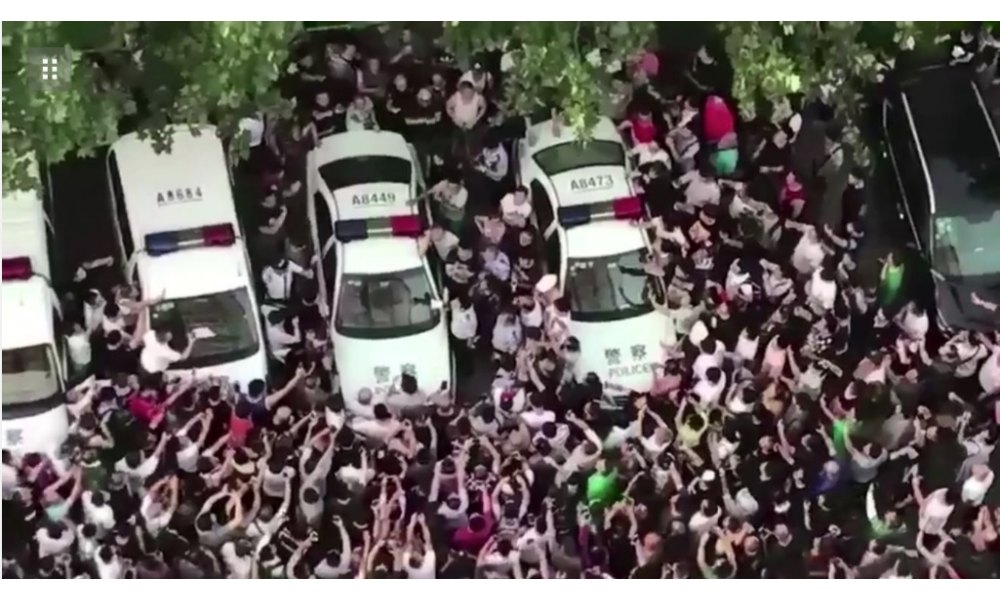 When a video of a man from Northeast China scolding local Beijingers went viral this week, chaos ensued as angry locals went out on the streets of Fengtai district looking for revenge over “regional discrimination.”

Over the past few days, news of an incident involving a man scolding people while driving on a restricted traffic lane has spread across Chinese social media.

The incident occurred at Beijing’s Fengtai district outside of You’anmen (右安門) during the morning rush hour of August 2nd (Thursday), when a man driving a Mazda illegally entered the restricted traffic lane while honking and yelling at cyclists from his car. 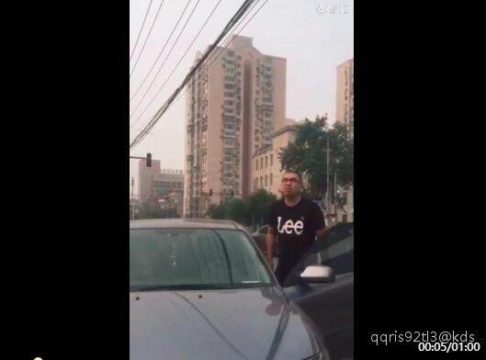 When the man bumped into a person driving an e-bike, he came out of his car and scolded the male cyclist – a Beijinger speaking the local dialect – by allegedly saying things such as: “F*ck you Beijingers!” and “While us outsiders (外地人) are driving cars, you poor-ass Beijingers are still riding miserable e-bikes.”

When bystanders’ videos and photos of the incident quickly spread on social media (including photos of the man’s license plate), many Beijing residents apparently got so upset by the man’s behavior and insults that they initiated a man-hunt.

Some online sources claim that by Thursday night, there even were people waiting outside the man’s apartment to take revenge.

Chaos outside the police station

By August 3, the man, confirmed to be a 35-year-old from Liaoning (Northeast China aka ‘Dongbei’), then turned himself into the local police station, where he was detained – but the chaos did not stop there.

When news of the man’s detainment made its rounds through social media, a group of Beijingers came out to the police station in support of the biker, demanding apologies from the Liaoning driver. On one video that has spread online, the large group of people can be heard scanting “F*ck you!” and “Apologies! Apologies!” (“Daoqian! Daoqian!”). 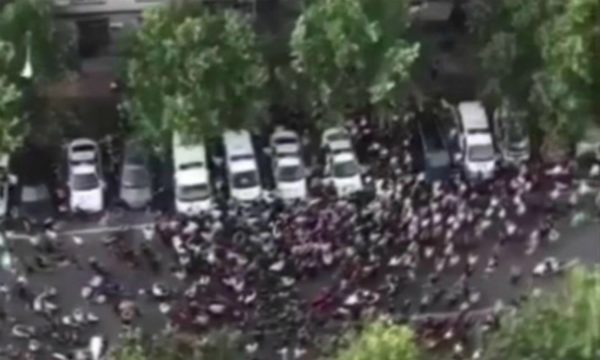 Reports on what exactly happened, however, are a bit conflicting. According to Radio Free Asia Chinese, there was also a large group of people from Northeast China who gathered outside the police station to show their support for the driver. 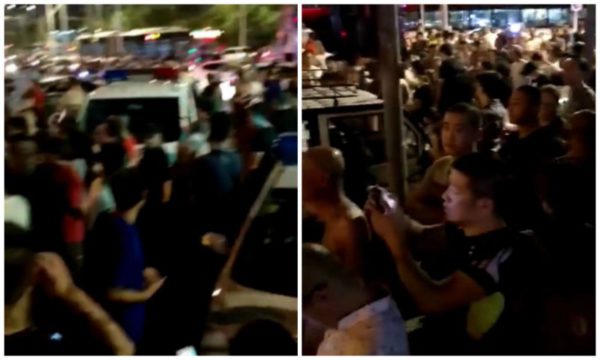 One video captured from a higher level building looking down on the police station shows hundreds of people gathering before the gates around police cars (see embedded media below).

Fury and Loathing in Fengtai: how one incident sparked chaos in Beijing neighborhood: https://t.co/XyaK3FYdYu pic.twitter.com/Ca39rQeHn7

Videos of the chaos circulating on Wechat were censored by Friday night – a video of the incident sent by Miranda Barnes to Manya Koetse (authors) was automatically deleted on Wechat. 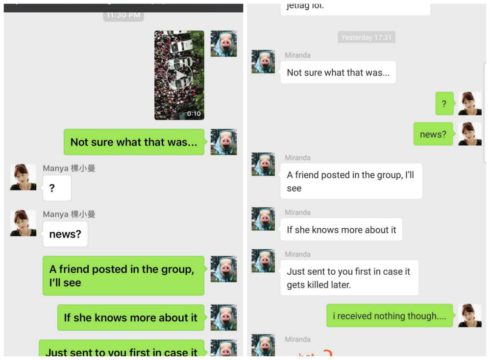 This video, at 1:50, shows how the situation turned violent, with angry people starting to attack the man as he exits the police station after processing the case.

Realising the situation could potentially be dangerous for the man, the police allegedly took him back in afterward to protect the man from the mob. 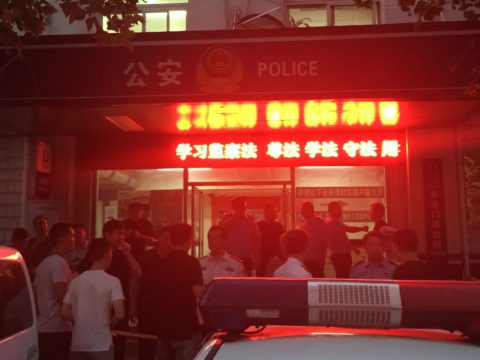 On Weibo, the man’s detainment was officially confirmed through a public statement by the Fengtai police on Friday.

It is not the first time conflicts erupt within China based on tensions between locals and Chinese immigrants. Especially migrants from Northeast China or Dongbei (provinces of Liaoning, Jilin and Heilongjiang) often suffer a bad reputation in other parts of China. (For more info on this, check out this insightful Quora thread).

There is widespread regional discrimination (地域歧視) across China, where people are often prejudiced based on the region they come from or their ethnicity. As the Fengtai incident shows, this discrimination can be directed both ways, from immigrants to locals and vice versa.

In response to the incident, anti-Dongbei sentiments also surfaced on Weibo, with thousands of people discussing the course of events. “I’m from Hebei, I’ll join my brothers from Beijing in the fight!”, some said.

But there were also those who said: “It doesn’t matter where the guy is from, he should be judged for his illegal actions, not his native place.”

Beijing blogger Jeremy Goldkorn (@goldkorn) noted that an apology statement from the man from Dongbei has been issued online on August 3rd (see thread including videos here).

In his apology letter, the man, who says his name is Cao Yuanhang (曹远航), writes that he deeply apologizes for his words and behavior and for igniting the anger of Beijingers. He also adds that he guilty of “regional discrimination,” and apologizes to his family and company because of the stress they suffered after the video clips of his behavior went viral. 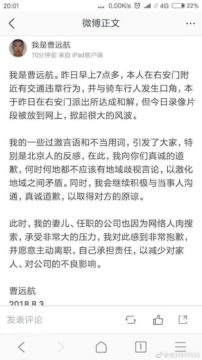 Some netizens, however, could not appreciate the apology, saying: “This kind of rotten person should get the f*ck out of Beijing.”

At time of writing, it is yet unclear if the man has been released and whether or not he has gone into hiding.