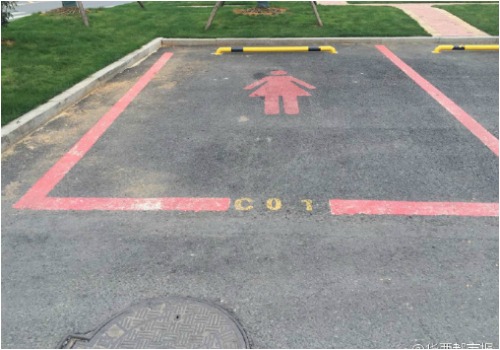 One Hangzhou parking lot recently introduced women-only parking spaces that are 1.5 times bigger than regular parking spaces. Although some Chinese netizens appreciate the extra space for female drivers, there are also many who deem them sexist.

The women-only parking spaces, located at a service area near the Hangxinjing highway, are part of a parking lot with 370 spaces, that also include handicap parking spaces. Pan Tieyong (潘铁勇), the manager of the area, told Qianjiang Evening News that the spaces were meant especially for female drivers experiencing difficulties to park in reverse.

Qianjing Evening News writes that there are many who appreciate the extra space, but that there are also people who think the female-only dedicated space is sexist.

On Sina Weibo, the female-only parking spots have become a point of discussion. Many netizens applaud the idea of wider parking spaces, but think they should be for unskilled drivers in general – male or female.

“This is a good idea for bad female drivers,” one Weibo user comments: “But what about the bad male drivers? Can they park there, too?” Another user writes: “These kinds of parking spaces should be available to any new driver who is insecure about parking in reverse.” 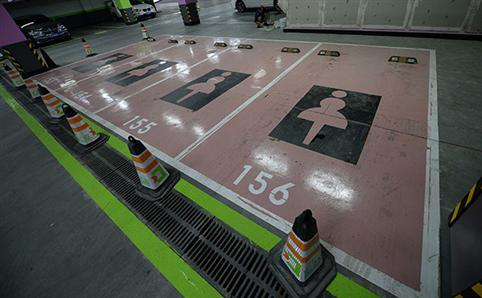 Female-only parking in Shanghai (Time Out) 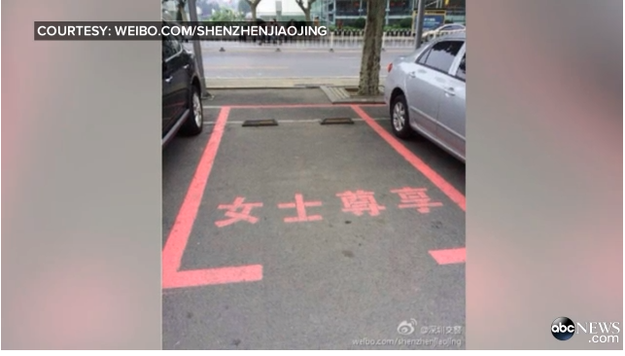 China is not the only country implementing female-only parking spaces. Many parking lots in Germany also have designated women’s parking spaces, also causing debate over this phenomenon being sensible or sexist. According to German newspaper Bild, the designated spaces are actually discrimination against men, not women.

According to Washington Post, the German female-only parking spots were originally introduced to protect women from potentially being assaulted in dark parking lots. Many cities therefore established safer parking spaces for women, that were well lit and located closer to the road or buildings.

In this way, the original intention of female-only parking spaces in Germany differs from those in China, where the extra large parking spots reinforce stereotypes of women being worse drivers than men.

“Well, I think it’s a good thing,” one female netizen says about the parking spaces: “I am a bad driver, and I am happy to have this extra space. If you think it is sexist, just don’t park there.”

Manager Pan Tieyong says that the female-only parking spaces are currently very popular. As he tells Qianjiang Evening News: “If all goes well during this trial period, we will consider introducing more parking spaces especially for handicapped people and for female drivers.”

Into the World of Interpreting: China’s Latest TV Drama Hit The Interpreters