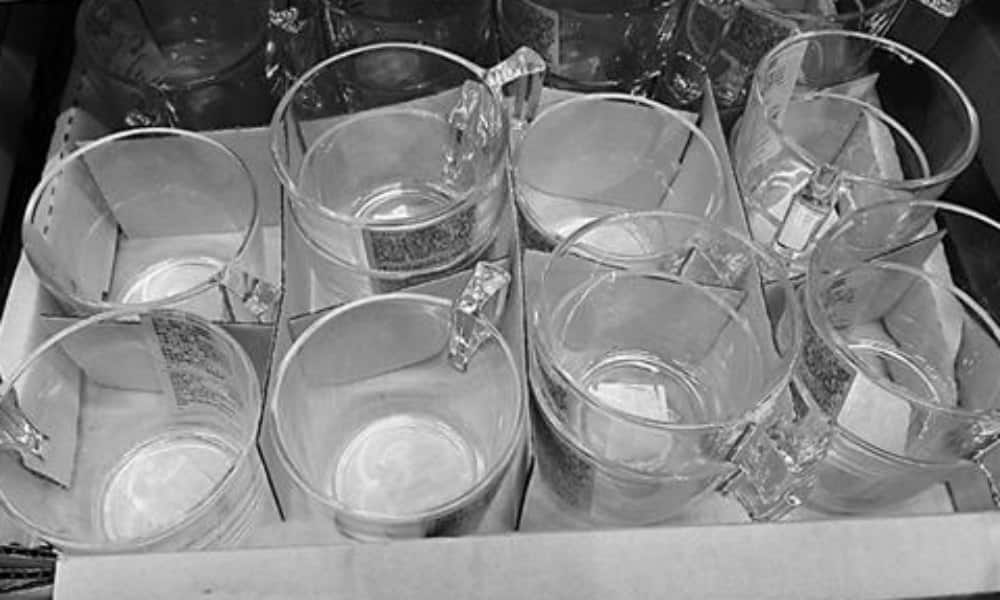 March 15 is not only China’s Consumer’s Day, it is also the day that IKEA was scheduled to go to court in China over an exploding glass.

On May 20, 2017, a woman in Beijing was about to drink cooling boiled water from a ‘Stelna’ IKEA cup when the glass exploded in her face. The woman, whose name is Wang, lost consciousness and was sent to the hospital, where she needed four stitches in her lip. She also broke her front tooth due to the incident. 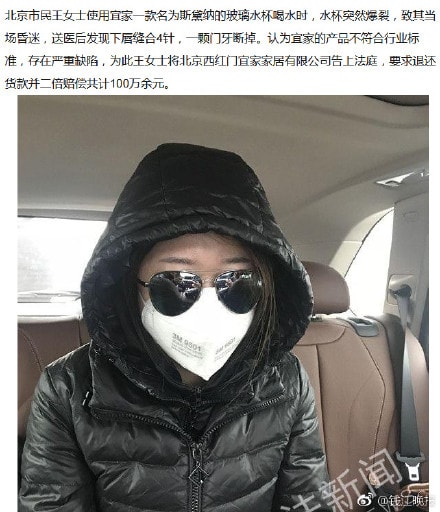 Wang is now suing IKEA for delivering a “flawed product,” Chinese news outlet The Hour reports on Weibo. She is asking one million yuan (±158,000$) in compensation.

For now, however, the court case has been rescheduled because IKEA reportedly returned the court papers with no response. The Stelna IKEA glasses are also still being sold in its stores. 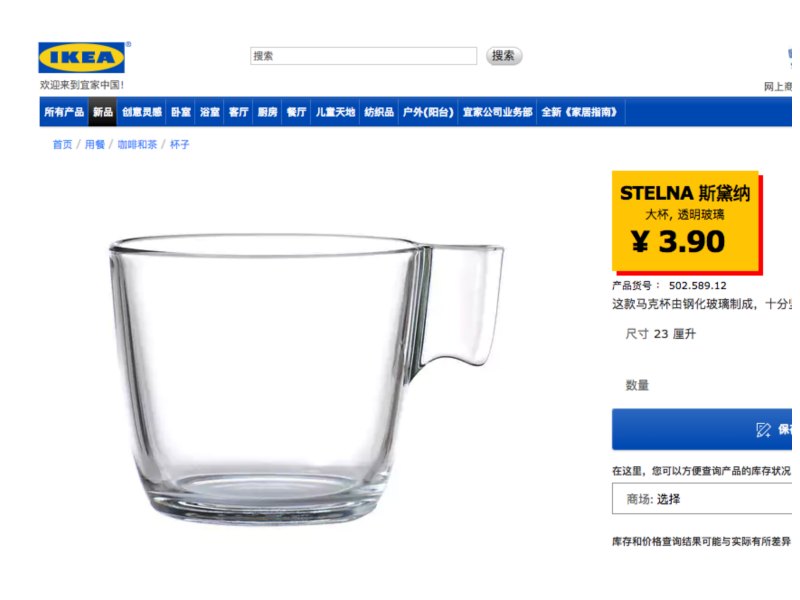 The ‘exploding’ glass case became a big topic on Weibo on March 15, receiving thousands of comments.

It is not the first time flawed IKEA products make the news. In 2013, the store’s ‘Lyda’ glasses were recalled when at least ten people got injured after pouring hot liquids into it, causing the glass to break.

“My family has also bought IKEA glasses, and they also exploded,” one commenter from Chongqing said: “Luckily, nobody got hurt.”

“I poured boiling water into an IKEA glass the other day to prepare instant noodles in it, and it instantly exploded,” another Weibo user (@宝先生的_太太) wrote.

Some worried people ask: “Is this just a normal risk of using glass, or does it really have to do with IKEA? Do we have to throw out our glasses now?”

But many netizens are more concerned about the legal aspect of the case. “In America, people can receive compensation [in court] as if they’re the emperor, and in China they cannot even serve court papers!”, some said.

“How is it even possible to ignore court papers?”, others also wondered.

Cases such as this one often make the news on China’s Consumer’s Day (March 15). This year marks the 28th edition of the special day, when an annual consumer rights report is released and a special CCTV program is dedicated to protecting consumer rights and uncovering malpractices by companies.

In November of last year, English-language media also reported about glass IKEA products spontaneously exploding, including glass tables shattering without people being nearby.

In this particular case, the IKEA court case will be postponed to a later date. Sina News wrote that IKEA’s customer relations manager said the company was not aware about the lawsuit until it was very close to the date. The court will resend the legal papers and schedule the case to appear later this year.