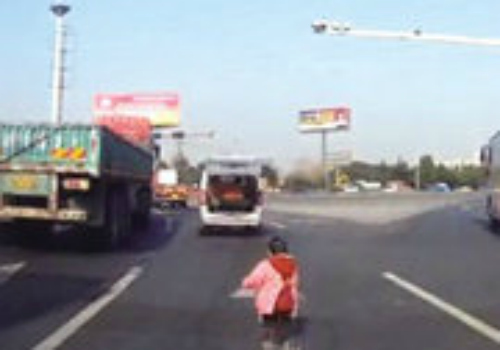 A shocking dashboard video has attracted the attention of China’s netizens. The video shows how a 2-year-old child falls from the back of a minibus that is waiting for the traffic lights. The video reminds of other videos that have captured parent’s neglect in dangerous traffic scenes.

A video that shows how a toddler falls from the back of a minivan as it is waiting for traffic lights has gone viral on Chinese social media. The footage shows how the infant is left in the middle of the busy freeway as the car drives off. The scene was captured by a dashboard camera and became trending topic on Sina Weibo under the hashtag “Your kid has fallen” (#你的孩子掉了#).

According to CCTV, the accident happened in China’s Wujiang, Jiangsu province. The video exposes how the person next to the driver, in the car that captured the footage, immediately steps out to rescue the child. CCTV reports that the drivers of the minivan only discovered the child was missing after it was rescued. When the rescuers chased after the minivan to return the child, they finally turned around to look for the infant.

The video attracted thousand of comments from Weibo netizens. One netizen writes: “What a clever child this is – its first reaction is to chase the car instead of crying. Those parents are so careless, they don’t even have a child seat!”

“Thank god for the other car and that nothing happened,” one other netizen says: “But this will have a great impact on this child for that one single moment it thinks its parents do not want it anymore.”

CCTV later reported on its official Weibo account that the woman who rescued the child is a warehouse manager named Du Xiuli, who reportedly said that “every mother would have done the same” about her stepping out into the busy road to save the infant. Pictures show the woman meeting with the infant’s caregivers, and her getting rewarded for her selfless act. 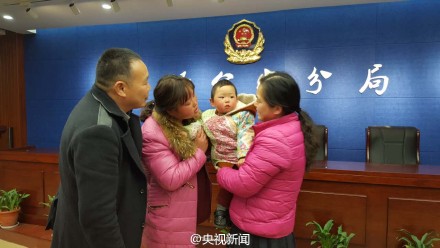 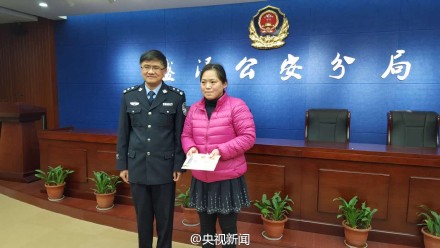 In 2011, shocking footage exposed how a 2-year-old girl in Foshan was run over by two vehicles as people and cars passed by without helping her. Many people saw the death of the girl, named Wang Yue, as indicative of a growing apathy in contemporary Chinese society.

About this case in Jiangsu, that luckily ended without anyone getting hurt, some netizens say: “It might not seem like a big thing, but this is encouraging and helps to create an overall better atmosphere in society.”

Besides praising the persons who saved the child, many netizens also call for people using safety seats for children in their car.

These Are China’s Youngest Billionaires