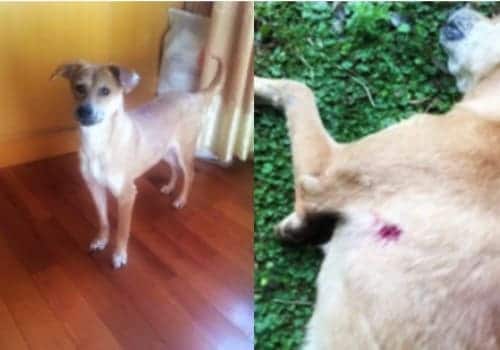 A heartbreaking video showing a weeping girl holding her killed dog has gone viral on Chinese social media, where netizens cry out for a rapid implementation of animal welfare legislation in China.

One young girl from the city of Qujing in Yunnan was heartbroken in December of 2016 when her pet dog was killed by a neighborhood guard with an air gun.

In a video that went viral on Chinese media on January 4/5, the girl is seen holding the dead body of her pet, crying: “Wake up, wake up Kuai Kuai, wake up now.”

The dog reportedly died instantly when it was hit in the heart by a bullet of the air pistol that was in the possession of a neighborhood guard.

The incident was reported by Chinese media platform Pear Video (see video below), among other media.

This video shows the girl crying over her dead dog Kuai Kuai, asking him to wake up. The captions in the screen explain that the dog’s heart was penetrated by an air gun bullet, which is illegal, and that the guard responsible for this was detained for 6 days. It also shows footage of the dog 1 year ago when the girl saved him after a car accident and how he recuperated afterwards.

A year before this fatal incident, the dog had suffered a major car accident and was then saved by the girl and brought to an animal hospital to receive medical care. The Pear Video clip shows that the dog had fully recuperated from his accident- making his sudden death all the more painful for the girl and her mother. 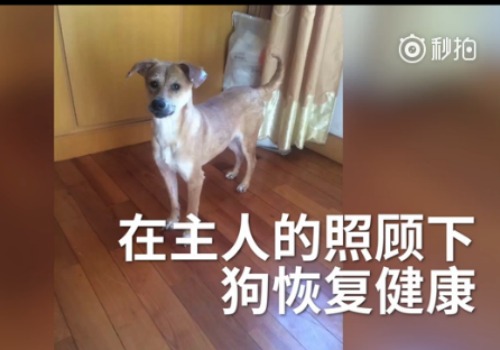 The neighborhood guard, whose name has now been exposed on Chinese social media, has reportedly been detained and released after a 6-day sentence for the illegal possession of a weapon. The air gun has been confiscated.

The video received over 23.000 comments and was shared 17.300 times within 24 hours, become a top trending topic on Chinese social media.

The alleged mother of the girl in the video, nicknamed Houmitao (@
猴迷桃16257) has come forward on Sina Weibo on January 5th in a short post, in which she talks about the dog Kuai Kuai:

“This incident has really hurt me and my young child,” she writes: “This is like a scar that will never heal.”

She also expresses her thanks for all the support and makes it clear that by now she has resolved the issue with the local guard and asks people to stop disturbing him and his family.

“I want to thank you all for condemning the person who killed the innocent Kuai Kuai. She will thank you from heaven, knowing that so many people care for her would make her very happy.”

Houmitao also calls for the official launch of a Chinese law to protect animals:

“I strongly urge the Chinese government to implement an Animal Protection Act as soon as possible. Are civilized countries so cruel to animals, killing cats and dogs? I strongly advocate the implementation of severe punishment for those involved in the black market of dog trading. These are monstrous crimes!”

China currently has no laws against animal cruelty. Although officials have been working on the introduction of an animal protection law in China since 2006, it has not been officially implemented.

Thousands of people on Weibo have commented on the killing of Kuai Kuai, some saying: “This is not just killing a dog, this is killing a little girl’s friend.” Others compare pet dogs to members of the family. “You will understand this if you own a dog yourself,” one person says.

The motives of the security guard for killing the dog are unknown. Some netizens who say they know him call him a renowned “neighbourhood bully.”

Many netizens are also upset over the fact that owning a weapon seemingly has no serious consequences.

“If an old lady sets up an illegal booth she is sentenced to three years, if a guard kills a dog he is sentenced to six days,” one Weibo user says: “I usually don’t speak about politics on Weibo – I am afraid to do in fear to be reprimanded for it. But I cannot constrain myself this time. How is it possible that there is more severe punishment for setting up a vendor stall than for owning a gun, even if it is a toy gun?”

“These kinds of people are like society’s tumors,” another commenter wrote: “Today they kill a dog. Tomorrow they might kill a human.”

Related Topics:china animals
Up Next