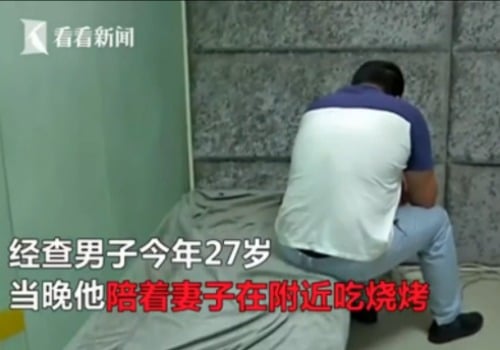 A dinner with his wife and a short stop to buy cigarettes has turned into jail time for one man from Jiangxi. The peculiar news story of his very short visit to a prostitute is now making its rounds on Weibo.

A peculiar news story about a 27-year-old man from Jiangxi making “good use of his time” has attracted the attention of Weibo netizens today. The man ended up in trouble for combining a dinner with his wife with a visit to a prostitute.

Phoenix News reports on Weibo that the man took his wife out for dinner at a BBQ restaurant in Nanchang this week, when he stepped outside to buy some cigarettes. On his way to the store, the young man saw a prostitute on a street corner and ended up making use of her services. Unfortunately for him, he was caught red-handed by local police raid team and was arrested for consorting with a prostitute. The raid was captured on video.

Holding back a smile, local police officer Luo Gang spoke to reporters about the incident. Luo said the man had left his wife and a friend at the BBQ restaurant for just a few minutes when he ran into the prostitute and decided to go up to a hotel room with her. When his wife was informed of his arrest after the raid, she asked police if they might have caught the wrong man. She had been waiting for her husband to return to the restaurant and could not believe the story. 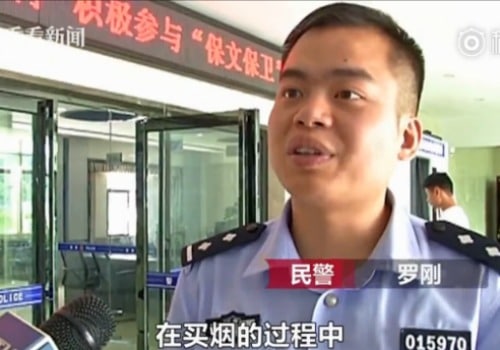 On Weibo, the news story is referred to with the Chinese expression “Jiànfèng Chāzhēn” (见缝插针), which literally means “to see a gap and stick in a needle”, meaning “to make use of every second.”

The man is currently detained. According to Chinese law, visiting a prostitute may be punishable with imprisonment of 10 to 15 days and a fine of 5000 RMB (±740$).

Chinese netizens have responded to the incident with much banter, praising the man for his promptitude. “My colleague also just went out the door to buy some cigarettes, now I get what it means,” some people said.

This news story shows resemblance to another incident that made its rounds on Chinese social media this week. On July 24, one man also got in trouble while visiting a spa in Zhengzhou with his wife and son. His son, being old enough, got a separate room on the first floor, while his parents resided in a room on the third floor.

During the time at the spa, the man kept leaving his room to ‘check on his son.’ When his wife later noticed another hotel key wrist band on her husband, she went to check the room next to her son’s room and caught her husband with a young lady. Police were later involved to give the man a “stern lecture.”

“At least you can say this guy really does have some courage,” some commented on Weibo.

People’s Daily: How to Protect Your Child from Sexual Assault