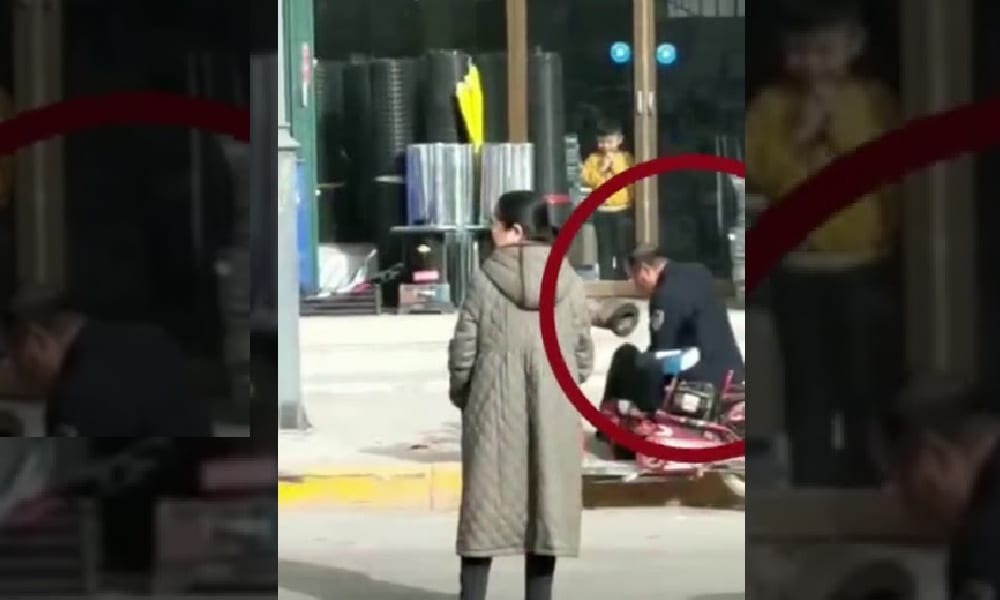 What started with a minor accident ended with a fatal beating on October 31st in Shuozhou (朔州), Shanxi province, where a man got outraged after a traffic collision and then killed his wife.

On Saturday morning, around 10:00 AM, the man was riding a small electric car with his wife as a passenger, when they bumped into another vehicle. 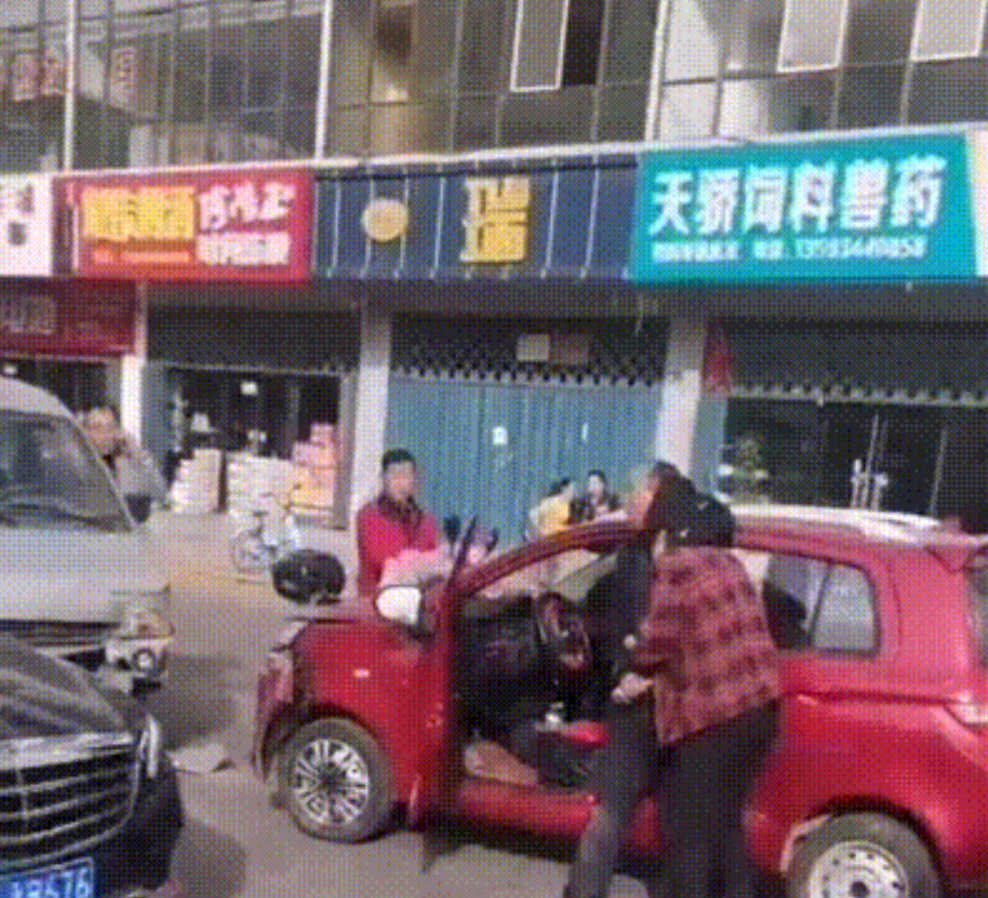 According to witnesses, the man tried to flee the scene of the accident but was held back by his wife. The elderly couple then started arguing, after which the man threw his wife to the ground and started beating her with a brick. The man also attacked his wife with a farming pitchfork. 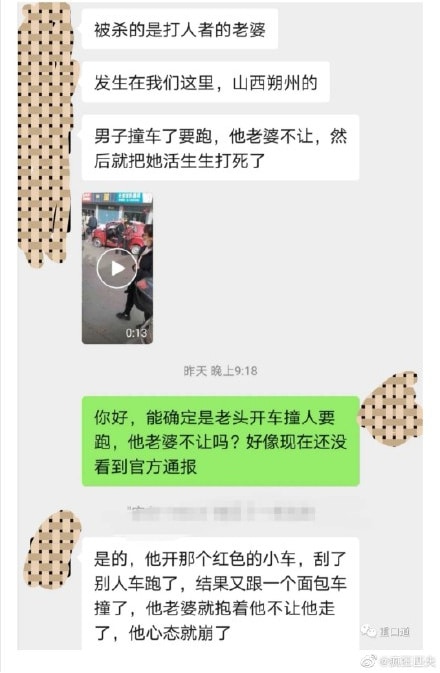 Witness sharing what they saw at the scene, Wechat conversation shared on Weibo.

Some footage shot at the start of the incident shows that there are at least four bystanders looking on while the man drags the woman to the ground and hits her in the head with a stool.

Shanxi, yesterday – at least 4 people stand around as this man beats his wife. Nobody steps in to stop this 'marital conflict.' This is how it starts, but it ends up with the woman being stabbed & killed by her husband.

Many people looked on and filmed, yet nobody stopped him. pic.twitter.com/mzYRfJ6e2l

Footage shot at a later moment shows how the man stabs the woman’s body and face with the pitchfork as she lies motionless in the street.

As reported by various Chinese news outlets, there were many people at the scene; the incident occurred in a busy street in broad daylight. But before the police arrived, nobody stepped in to stop the man. The woman did not survive the attack.

On Sunday, the incident, including video footage shot by bystanders, went viral on Chinese social media. Some unofficial sources claimed the man had been intoxicated.

Local police issued a statement saying that the man has been detained.

Most of the discussions regarding this incident on Weibo focus on the fact that there were so many people passing by and watching this scene unfold while not stepping in.

“The coldness of the bystanders shocks and infuriates me,” one popular comment on Weibo said. “How can they just stand there with their arms folded?”

“Why is it more important to record this incident than to take action?”

“They’re worse than people witnessing an accident on a high-speed road,” one person wrote: “They’re so detached.”

There have been various incidents over the past decade in which China’s “bystander problem” became a topic of discussion, saying it relates to the Chinese concept of “mind your own business,” “shaoguanxianshi” (少管闲事), where people are accustomed to remaining uninvolved when it does not concern them.

The most well-known example is that of Wang Yue, the little toddler from Foshan who was run over by two vehicles in 2011 and laid in the street with 18 people passing her by without doing anything.

A notorious 2013 case is that of a 26-year-old Beijing woman who got her head stuck between railings next to a road. Although there were many people passing by and taking pictures, it took thirty minutes to call the police. The woman was later pronounced brain dead in the hospital.

Another incident that triggered a lot of anger in 2016 was that of an assault on a woman at a Beijing hotel. Video footage revealed how bystanders and hotel staff did not help the woman when she was attacked.

Sometimes people do not step in because they simply do not want to get involved and think someone else will solve the situation, and then there are those who do not intervene because they think it involves a marital dispute that an outside should not mingle in.

The first is an (arguably) global phenomenon also known as the ‘bystander effect’ or ‘bystander apathy‘, where people will not help a victim in need when other people are present. It is a social psychological matter – the more people who witness a person in peril, the less the chances are that one of them intervenes. In other words: one is more likely to help out in an emergency situation when one is alone than when there are ten people standing by.

But the second relates more to existing cultural and societal ideas about relationships and ‘private’ issues that nobody should interfere with. This topic recently also came up when Chinese vlogger Lhamu was killed by her ex-husband, with many people calling for more action against domestic abuse – stressing how important it is for people to realize that domestic violence is not a private matter.

“My god, why didn’t they just step in,” multiple people write: “This poor woman!”

“Would you dare to step in if you were present at the scene?”, one Weibo user asked other commenters.

“I would,” one person answered: “The guy uses a brick, not a gun. All it would take is for one person to go up and step forward.”