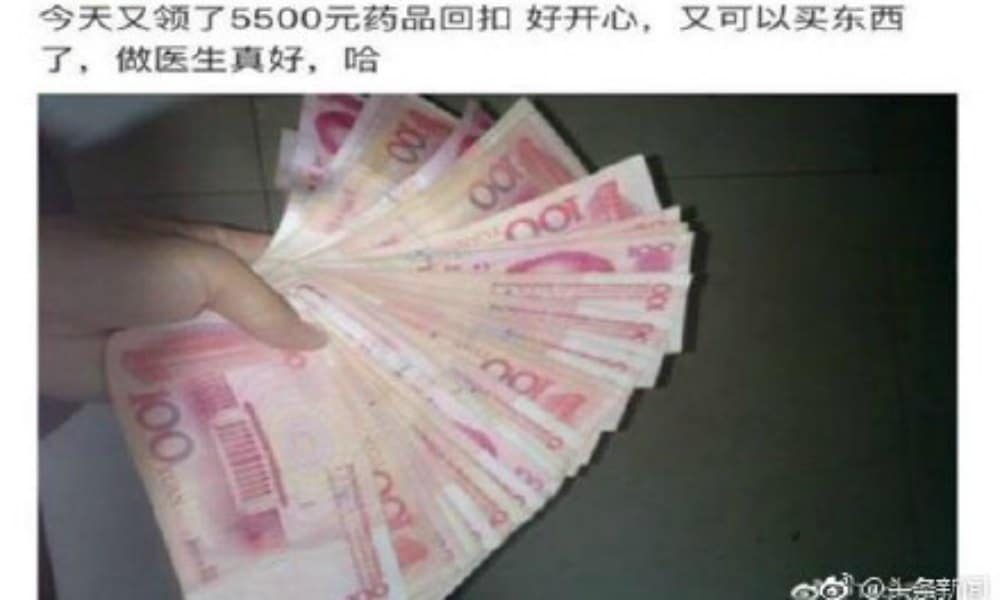 A young doctor from Nanchang has sparked online discussions about bribery in Chinese hospitals after boasting on Weibo that he received commission for medicine sales.

A doctor from Nanchang, Jiangxi Province, has stirred controversy online for sharing photos of supposed bribes for medicine. In September of this year, the man shared photos on his Weibo account (@Tao韬GT) of cash money, writing: “I have received 5500 yuan [±840$], again, as a commission for medicine sales. I’m happy, now I can go shopping again, it’s good to be a doctor, ha.” 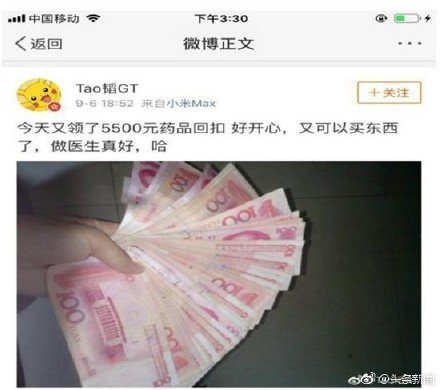 The post where the man brags about getting drug “kickbacks.”

The post did not attract attention until earlier this week, when netizens exposed the issue on Weibo. It then made headlines in various online newspapers such as The Paper, Sohu News, and Sina. 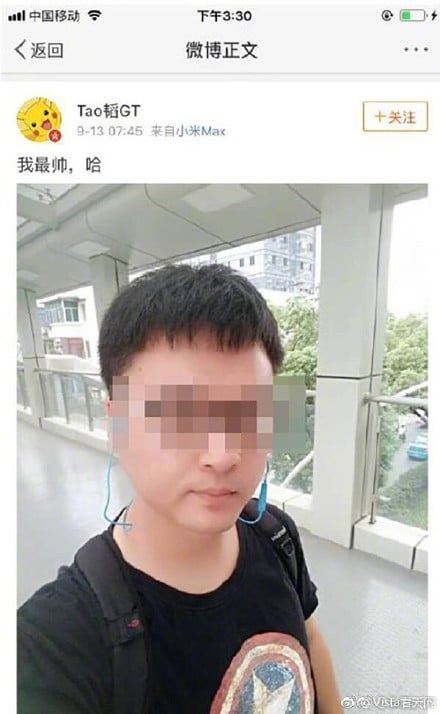 A selfie by the Nanchang doctor on his Weibo profile, which states he was born in 1983.

“Bribery in hospitals is a common occurrence,” some netizens responded to the controversy: “At least this man is honest about it.”

Healthcare corruption is a much-discussed problem in China. In 2013, Quartz reporter Lily Kuo wrote that it is common for pharmaceutical firms in China to bribe doctors and hospitals to prescribe their medicine or buy their medical equipment, as low-paid doctors and nurses depend on these bribes and sales at hospital pharmacies for a large part of their income.

On Weibo, many commenters express similar sentiments regarding the Nanchang doctor, saying that it is not so much this man, but the system that is the problem. “He just tells the truth. Nowadays all hospital accept bribes”, one commenter wrote. “It would be more newsworthy if he did not accept bribes,” one person joked.

Other Weibo users suggested the Nanchang doctor purposely posted the photo to raise awareness on corruption in Chinese hospitals.

The doctor in question, however, claims he never really received bribes and that he was just making foolish jokes on Weibo. The photo of the cash money was not even his, he says, but just an image he found on search engine Baidu.

According to Chinese media outlet The Paper, the doctor was employed at the emergency department of the Nanchang Second Hospital. The hospital’s management confirmed that the man has been dismissed this week since the controversy erupted and that the case is under investigation.

“At the time, my relationship had just ended and I was feeling down and depressed,” the man wrote on his Weibo account on December 26: “I posted that because I was venting and being ironic about myself. After posting that, there were no comments on it for three months, and I thought nobody had seen it so I did not pay attention to it anymore. Who would have thought it would come out like this today, I’m so depressed. I’m left to suffer the consequences of my own actions.”

A day later, the man also wrote: “I acknowledge my mistakes. I was foolish and immature. My frivolous remarks have created much disturbance. No matter what work I will do in the future, I will face it with a mature, rational, and positive attitude. This is a lesson I’ve learned for life.”

Many netizens, however, care more about the bigger issue behind this post than the man’s apologies. One person wrote: “He was just talking rubbish and boasting, but medicine commissions are in fact a tumor in the medical industry.”

Successful Reality Show ‘The Birth of Actors’ Surrounded by Controversy 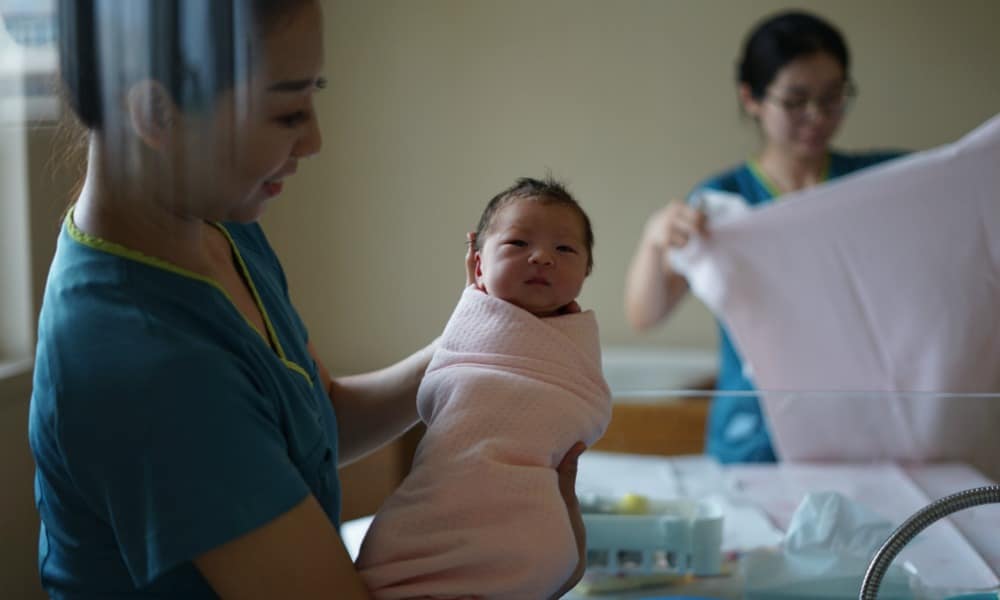 It was the number one trending topic of the day on Weibo earlier this week: the proposal to make it illegal for hospitals and clinics in China to provide the service of freezing eggs to unmarried women.

Chinese physician Sun Wei (孙伟), National People’s Congress delegate, is the person to raise the issue of no longer allowing medical facilities in China to freeze eggs. She is the director of the Reproductive Medicine Unit at the No.2 Affiliated Hospital of Shandong University of Traditional Chinese Medicine.

On Weibo, one news post reporting on the issue received nearly 835,000 likes. The hashtag “Proposal to Prohibit Single Women From Freezing Their Eggs” (#建议禁止单身女性冷冻卵子#) received over 710 million views. 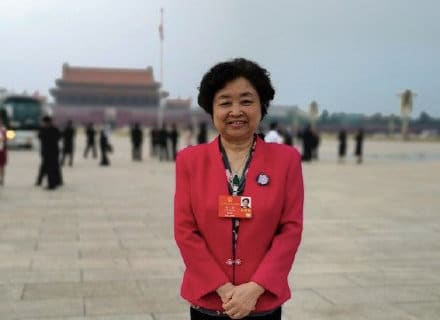 The proposal goes against the proposition of a National Committee member during the lianghui, that of Peng Jing (彭静), that supports single women’s rights in freezing their eggs.

It also comes after the 31-year-old Teresa Xu (Xu Zaozao) filed a lawsuit against a Beijing medical facility in December of 2019 for refusing her the treatment of freezing her eggs, arguing it was effectively discriminating against single women. In doing so, Xu challenged China’s regulations on human assisted reproduction, which bar single women from getting the procedure.

Artificial insemination itself is not illegal in China when it is done by a married couple; it is only against the law when done by those who are not lawfully married.

It is not the first time the discussion on egg freezing erupts on Chinese social media. In 2015, Chinese actress and director Xu Jinglei (徐静蕾) stated in an interview that she had nine eggs frozen in the United States at the age of 39, calling them her “back-up plan.”

Xu’s statement made artificial insemination an issue of public interest, especially because unmarried women in China cannot carry out this procedure.

At the time of the 2015 discussion, the famous Chinese blogger and writer Han Han (韩寒) shared his thoughts on the issue: “Why can’t women decide for themselves whether or not they want to have children? And what if an unmarried woman does get pregnant, and they don’t get a ‘Permission to give Birth’? Then the child cannot even get a residence registration.”

“Why should having a baby be bound together with marriage? Even I, a simple straight guy, cannot see the logic in this,” Han Han wrote.

In the discussions that are going around Chinese social media this week, there are many netizens that take a similar stance as Han Han did, arguing that single women should have the right to freeze their eggs, and wondering why they would not be allowed to do so in the first place.

Various Weibo commenters write that individuals should have the right to make their own decisions about whether or not they would like to have children. One Weibo thread where people are asked about their opinion on the matter, the majority of the 16,000+ responses say they support single women being able to freeze their eggs.

However, there are also some web users opposing this idea, arguing that it is “not morally right” and does not provide a “normal family environment” to children.

Whether Sun Wei’s proposal will lead to actual changes in the law is yet to be seen, although it would virtually not alter the current situation regarding egg freezing in China. It already is virtually impossible for unmarried women to freeze their eggs as a “back up plan” and it would just make the impossible even more impossible.

By Manya Koetse
With contributions from Jialing Xie
Follow @WhatsOnWeibo

Chinese students are back to school, but school life is not back to normal. 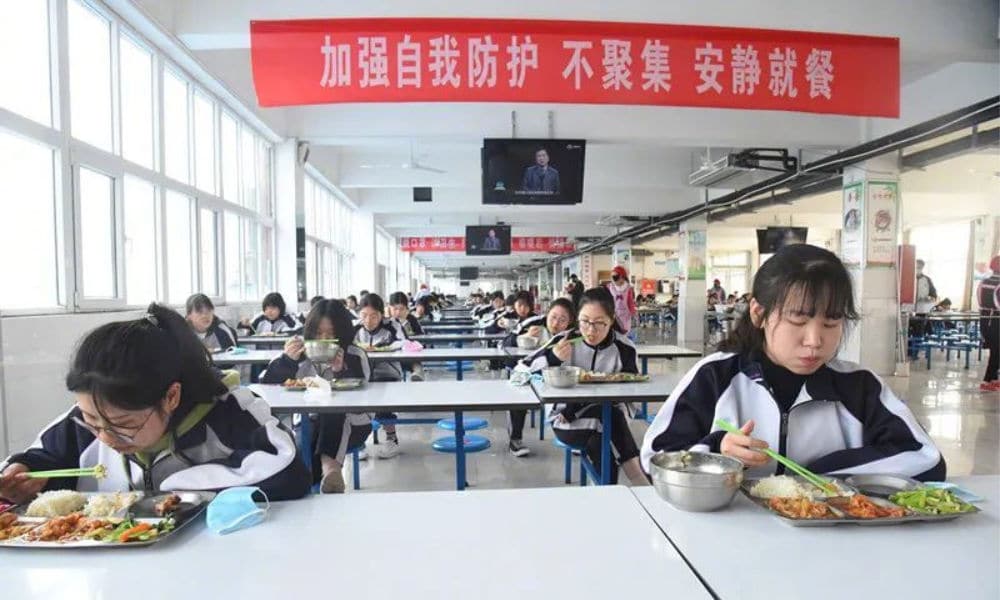 As most schools across China are opening their doors again, social media users are sharing photos of what school life looks like in the post-COVID-19 outbreak era this week.

Some videos and images that are circulating on Weibo and Wechat show somewhat dystopian images of the post-COVID-19 school life at primary and (senior) high schools – students eating while standing outside in straight lines, or pupils wearing face masks taking turns to eat their lunch (supposedly to reduce the chances of contagion via respiratory droplets, see tweeted video below).

Many Chinese students are back to school, but school life is not back to normal. #seenonwechat #covid19 pic.twitter.com/EQqyU4LG4Z

Most schools in China have already started or will open later this month. Only Hubei province and Beijing have not yet announced school reopening plans, Caixin reports.

But although China is gradually back to business after its weeks-long coronavirus lockdown, daily life is far from normal as the country remains on high alert for a possible second wave of COVID-19 infections.

Schools are therefore also taking strict precautions to reduce infection risks both in and outside of the classroom.

Lunch break policy and procedures are just one of the many things that have changed at Chinese schools now.

On Weibo, ‘Henan Education’ is one of many accounts posting about the dramatically different way of eating at China’s school canteens in these post-COVID-19-outbreak times.

In Xingyang city, for example, special supervisors have been allocated to high schools to maintain the order and reduce the number of students gathering at the school entrances and assist students with lunch break seatings at the canteen. 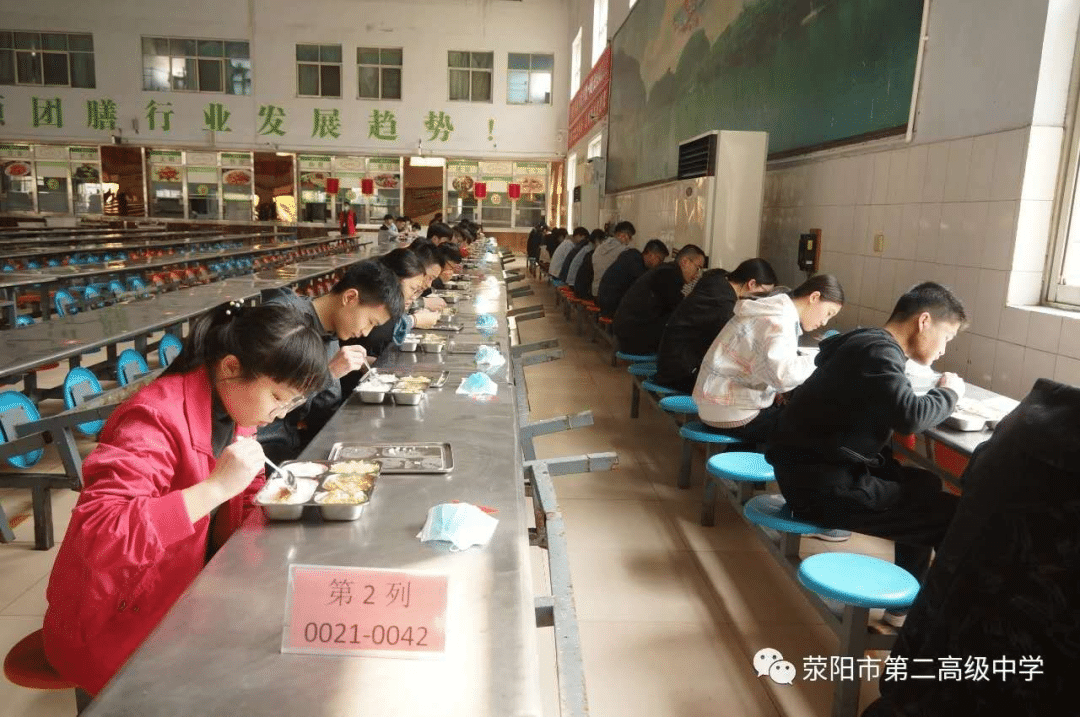 At a senior high school in Kaifeng, all students have their lunch breaks in the canteen at one side of the table only, leaving enough space in between the other students. 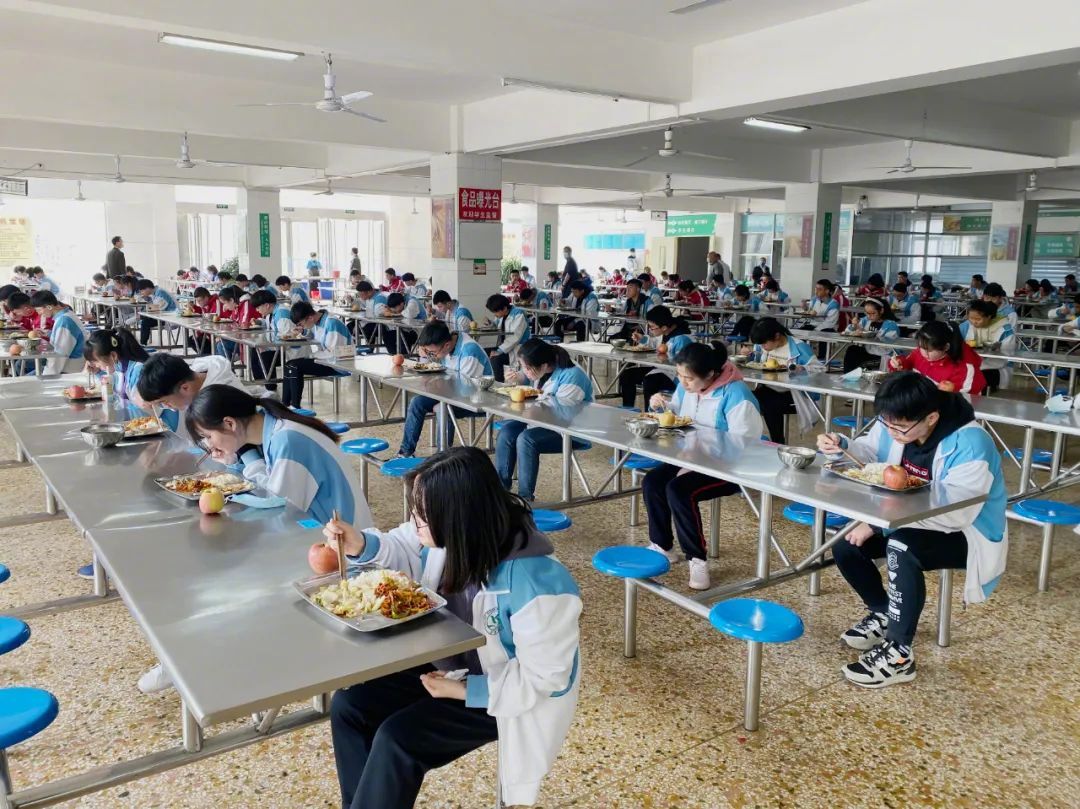 Other schools have set up their canteens like examination rooms, only allowing one student per table, only facing one direction. 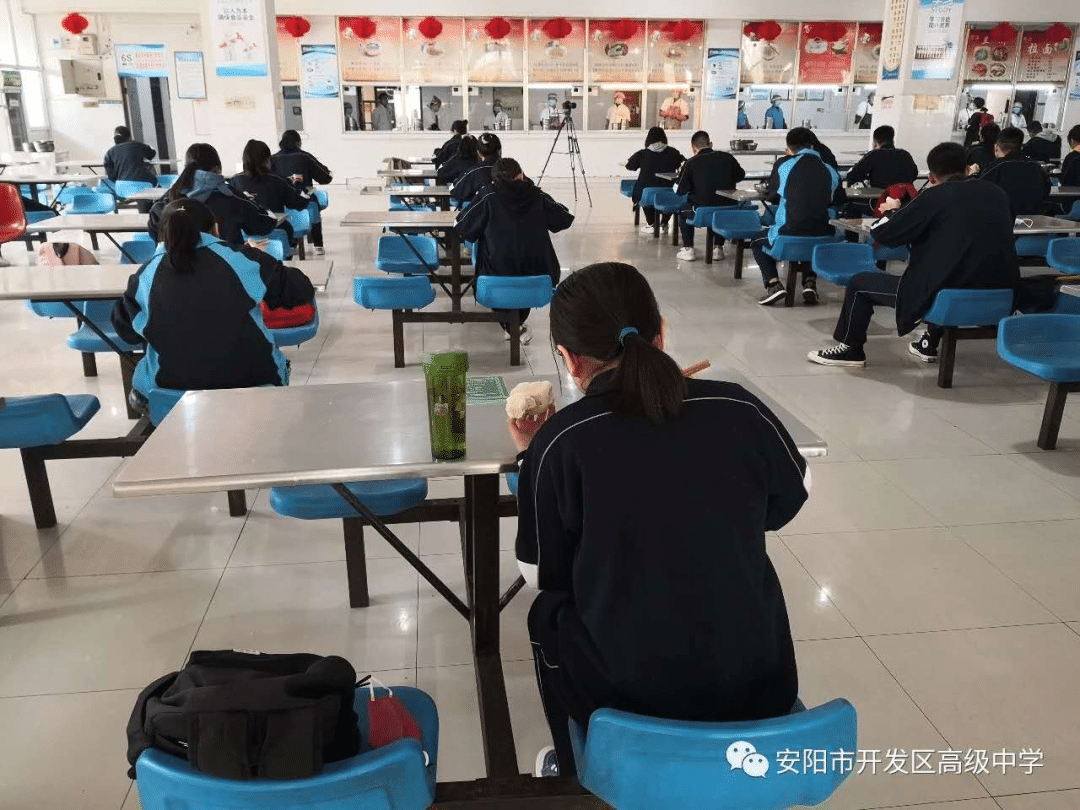 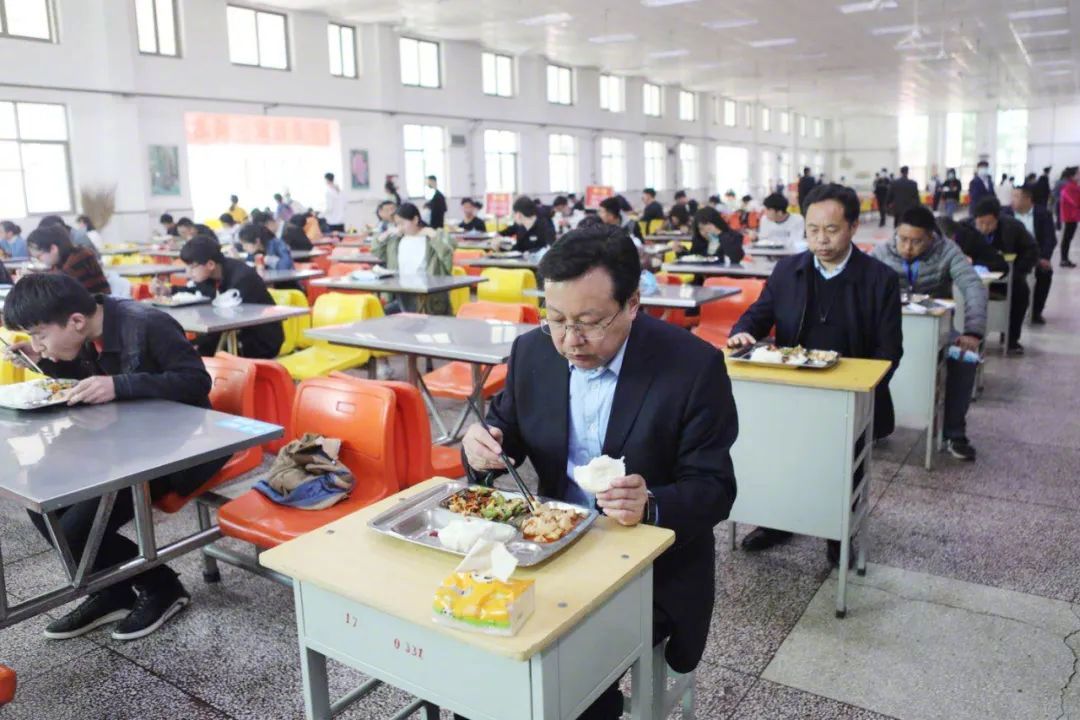 One Weibo user posts how her Tianjin school is preparing for the lunch break arrangements, with indicators on the floor marking the direction students should walk in and the distance they have to keep from each other. 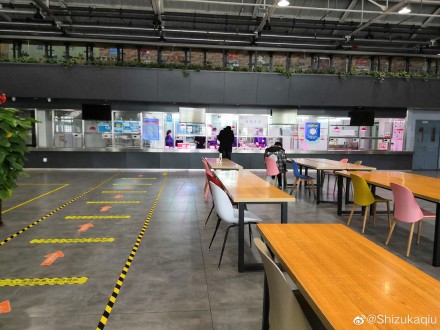 One other school in Jiangsu’s Huai’an has put dividers on all lunch tables to separate students while having their lunch break. 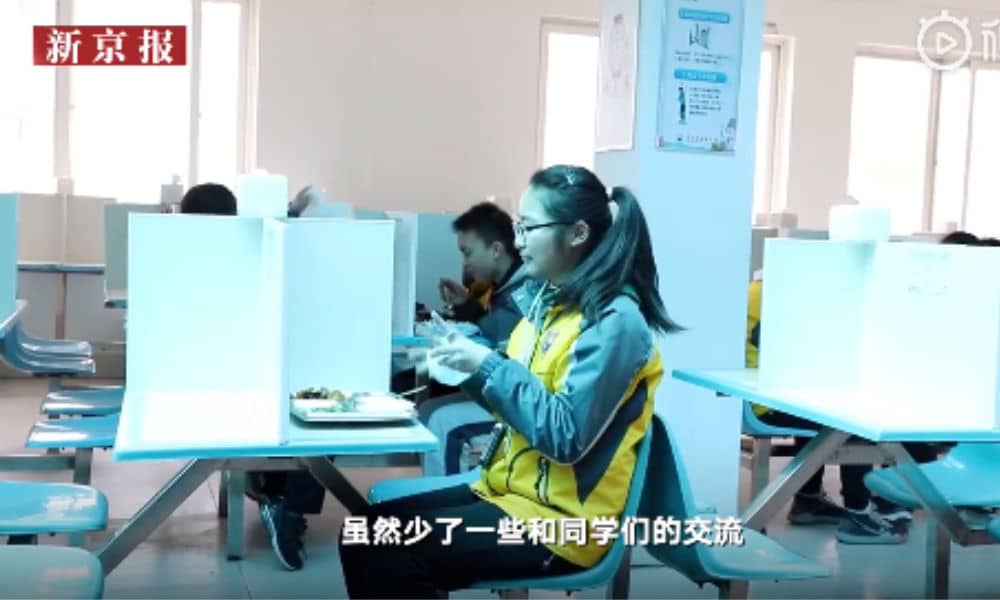 “It feels like taking exams,” some commenters write about the new lunch break policies. “We can no longer look around and whisper in each other’s ear.”

One school board in the city of Beihai has decided to make use of its new separating screens to stimulate more studying during lunch breaks; they have printed study material for the upcoming ‘gaokao‘ exams on the dividers. 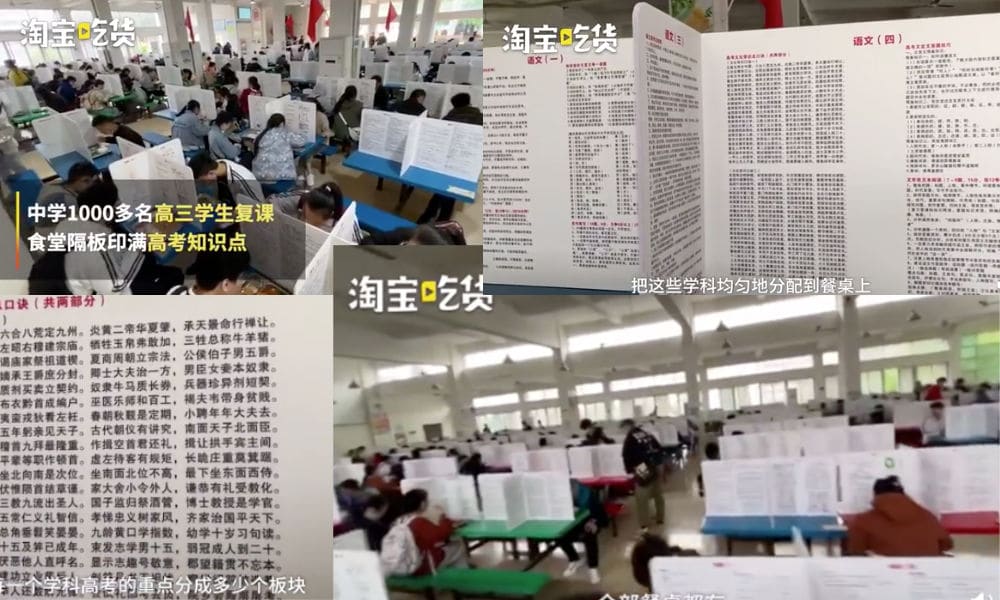 Some netizens think that other schools will follow this example if it appears to be effective. In that way, the post-COVID-19 lunch break will turn into just another study opportunity.