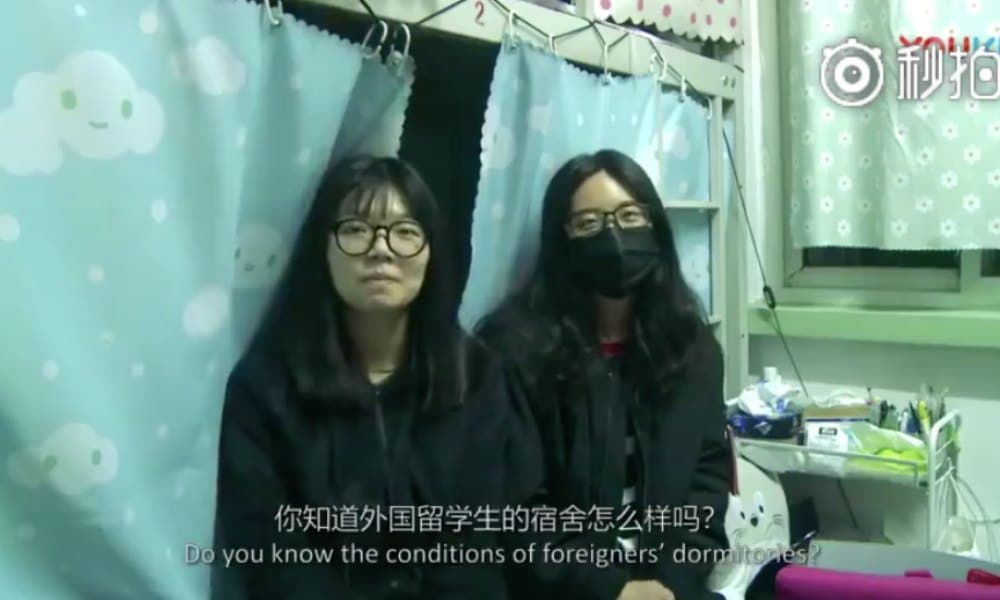 A short movie that has gone viral on Chinese social media exposes the big differences between the dorm conditions of Chinese students and of foreigners studying in China. The dorm disparities have caused controversy online.

In the short movie project made for a class assignment, Costaglione interviewed 12 students (six Chinese and six foreign) from two colleges in Lanzhou and Beijing, and compared their dorm conditions. 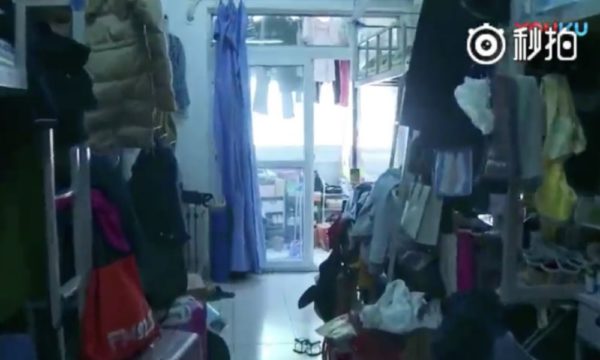 Chinese students are also subject to restrictions that foreign students do not have, such as limited electricity and hot water supplies, or time curfews. The full movie can be watched here.

By now, the original video has been viewed over 340,000 times. However, after numerous reposts, the video went completely viral and received more than 10,000 reposts and thousands of comments.

“It is not fair that Chinese students should live like this,” Costaglione states in her movie: “As a foreigner, I feel guilty for my living standards if I think about how my Chinese counterparts live.”

“Investing into international standards – but at what price?”

“Thanks to some initiatives like the ‘One Belt, One Road,’ launched in these recent years, the number of foreign students studying in China has constantly increased, arriving to 450,000 in 2016,” Costaglione explains: “The Chinese government is, therefore, investing millions of yuan to make their living conditions respectable for international standards. But at what price?”

According to a report from the Chinese Ministry of Education in 2016, there are more than 442,000 foreign students studying in 829 different Chinese universities. Comparing to statistics in 2015, the number of foreign students increased by 11.35% in just one year.

For the Chinese government, the increasing number of foreign students is not just a sign of the country’s own economic prosperity, but also an opportunity to show a good image of China to the world. The use of foreign students in Chinese propaganda campaigns is something that has been highlighted in foreign media before.

It is not the first time that foreign students’ alleged privilege has become a trending topic in China. In 2011, online discussions were fueled after Beijing News reported that Peking University had renovated the dorms for its foreign students, but not for the Chinese local students, who were living in rooms without air conditioning.

Costaglione’s movie has also received many angry comments on Weibo, where users are not upset by the movie itself, but with the university administrations responsible for the existing inequalities.

“Many stupid schools are doing this! It seems like more foreigners on campus would be a pride for them, LOL,” one commenter points out. Another Weibo user writes: “My university is like, foreign students have air conditioners, while we only have fans. There are eight people in one room.”

Some time ago, Weibo users collectively shared pictures of their dorm conditions online. While some showed how a girl’s dorm at Sichuan Agricultural University is equipped with TV, air-conditioning, elevator, and mattresses, others showed how one dormitory in Guangzhou is among the worst in the country; its main point of interest being its bathroom with two squat toilets right next to each other. “Ideal for lovebirds,” netizens mockingly said (Read more at: “A peek inside China’s (worst) dormitories“). 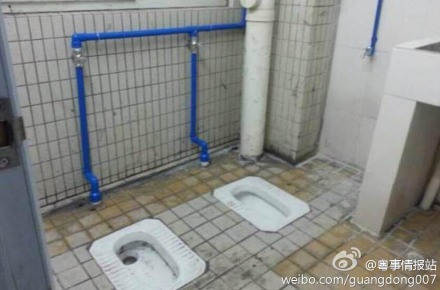 “We are always second-class citizens,” one Weibo user posted, sarcastically adding: “Why don’t we just kneel down all the time already? Stop peeking at the noble foreigners.”

“The Party has these foreigners living in these nice places, so let’s just shut up,” another commenter says, hinting at the major role politics play in creating these kinds of privilege and disparity.

While most of the commenters express their concerns about the unfair policies Chinese university administrations make, there are also those who express blatant hate towards foreigners: “Chinese universities want to show that they are globalized. They pay a lot of money to import rubbish foreign students. These students are scammers, rapists, and bring AIDS into our country.”

Another person writes: “China is the only country that treats its own citizens worse than foreigners.”

There are also many people, however, who do not seem to understand what the fuss is about and mention the price difference between the dorms. In Costaglione’s movie, one Chinese student mentions the yearly fee of her dorm is 1500 yuan (±US$230), while the foreign students, with a daily fee of 40 yuan, pay 13,440 yuan (±US$2045) per year.

“I won’t say anything,” one Weibo user says: “They pay way more for their dorms.” Another commenter adds: “Don’t you all know that foreigners also pay so much for their dorm daily that it costs them ten-thousands of yuan yearly? Chinese students only pay about 1000 yuan per year. There’s nothing to be sour about.”

“I study in Beijing and we pay 600-800 yuan (±US$90-122) for our dorms per semester,” another person writes: “The foreigners pay a daily fee. Different prices will give you different conditions.”

Yet many people do not think the comparison is fair, with some saying: “The thing is, they generally receive a scholarship and don’t even need to pay.”

One commenter on Q & A platform Quora, where the issue was previously also discussed, writes: “The university I went to has a program where domestic students can apply for international dorms, as long as they agree to host parties for foreign students during some Chinese festivals – but not vice versa.”

“It’s just a matter of ‘one country, two systems,'” one Weibo commenter writes: “That’s not too hard to understand, or is it?”

This article has been edited and altered by Manya Koetse

Related Topics:China Beijingchina education
Up Next

Google’s “Roundabout Return” to the Mainland