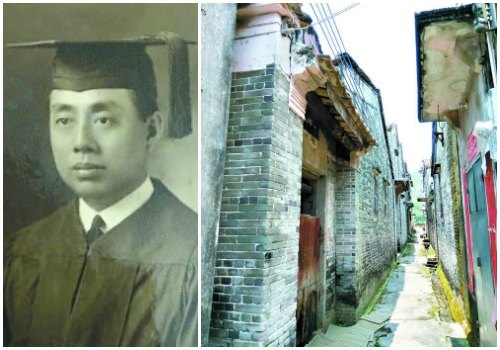 A small place by the name of Baisha Town West Village, located in Guangdong’s Taishan city, is now jokingly called a hot site for house buyers by Chinese netizens. The village, that has produced 41 academics with PhD degrees and a Hollywood filmmaker, is now known as a fruitful breeding ground for talent.

Baisha Town West Village (白沙镇西村), a small village in the South of China, has produced an extraordinarily high number of inhabitants with a Ph.D. degree. Its story recently has become a popular topic on Chinese social media, after it was featured by the Guangzhou Daily and was forwarded by dozens of other Chinese media.

The village’s Ph.D. success once started 80 years ago, when the former headmaster of the local village primary school decided to study abroad; he wanted to contribute to his hometown through his studies. Dr. Huang Junjie was to become the first Ph.D. degree holder of the town. He became a role model for the village’s later generations.

Since then the number of Ph.D. holders soon increased. Now, some families even have three doctors within one generation.

The journey of pursuing a Ph.D. was full of hardship for Huang. The Guangzhou Daily conducted an interview with Huang Junjie’s grandson, Huang Zai, who now also works in the education sector. Sharing his grandfather’s story, he said that Huang, receiving no financial support from family, had to work while studying at Columbia University in New York. 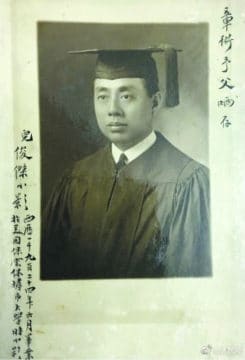 After four years of hard work, he acquired a Ph.D. in Law, and then immediately returned to China. He later even became a professor and one of the three most famous lawyers in Guangzhou.

Another celebrity whom the villagers are proud of is James Wong Howe. He was a renowned Chinese-American cinematographer who worked on over 130 films in Hollywood. He was born and raised in this village and later moved to America with his father. 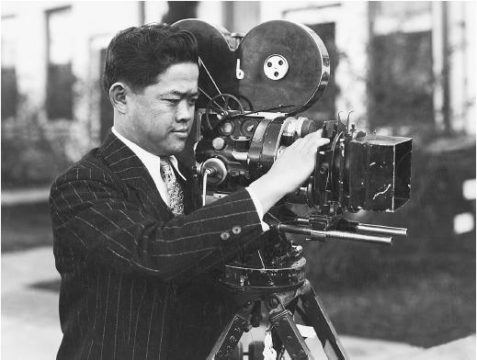 When Guangzhou Daily asked Huang Zai why he thinks Baisha Town West Village has become such a breeding ground for talent, he answered the village has a long tradition of promoting education: “There is an ancient saying that has been passed on from generation to generation in the village, ‘Even if the only rice we have can fit in a pen container, we will still make sure our children can study'(“笔筒装米, 也要教子读书”). In other words, we encourage education and persuade people to never give up on it no matter the situation.”

Huang Zai recalled his own experiences; his entire family advised him to take the National College Entrance Exam after the Cultural Revolution and to continue studying, even after failing the exam the first time. “Without their support and the social ethos in the village, I would have never achieved what I have right now.”

Another factor Huang Zai thinks contributed to the village’s successful inhabitants is that many of them came from overseas. While doing labor in foreign countries, they saw their education and recognized its importance. These overseas villagers contributed to the local education by starting their own private school by the end of the Qing Dynasty, donating their own ancestral halls and turning them into local primary schools where students were required to learn about morals and values, and were taught English.

Those who later studied and acquired their PhDs degrees never forgot about their roots, frequently donating money for the construction of schools, and holding lectures in their homeland.

Now, the government plans to help make the village more of a tourist destination, to introduce its story to the world. Many of the villagers are happy and honored that their town is now known as the “Ph.D. village,” as it was something they actively pursued.

The majority of Weibo users praise the villagers’ determination to educate their children. There are also some netizens who say there must be a lot of pressure on those young villagers who do not pursue an academic degree.

Others jokingly say they are going to buy a house and move to Baisha for the village’s “good Feng Shui.”

Related Topics:china education
Up Next

Yue Xin is a bilingual freelance journalist currently based in the Netherlands with a focus on gender issues and literature in China. As a long-time frequent Weibo user, she is specialized in the buzzwords and hot topics on Chinese social media.