On Christmas day, Sina Weibo released a new emoticon in the image of a character named Lei Bao (雷豹, literally ‘thunder leopard’) from the 1990s comedy movie Hail the Judge (九品芝麻官), for his costumes, beard, and impressive eyebrows, that bear some resemblance to Santa Claus. 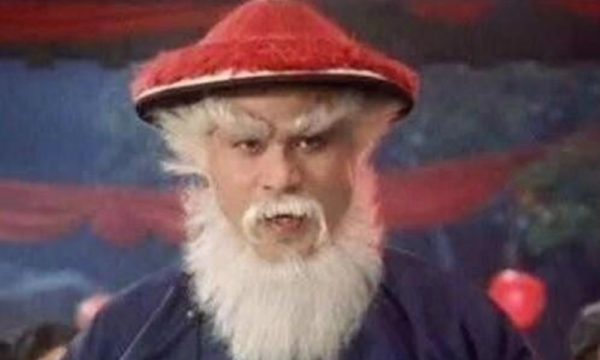 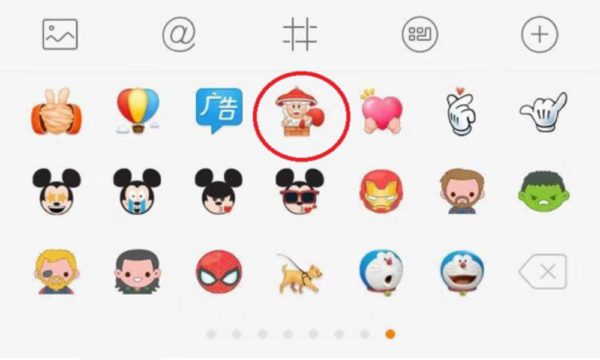 The emoticon was created by the cartoonist @大绵羊BOBO after social media users started using images of ‘Lei Bao’ to celebrate Christmas on Weibo and WeChat, writing: “It is said that Santa is a man with a white beard wearing a red hat.” 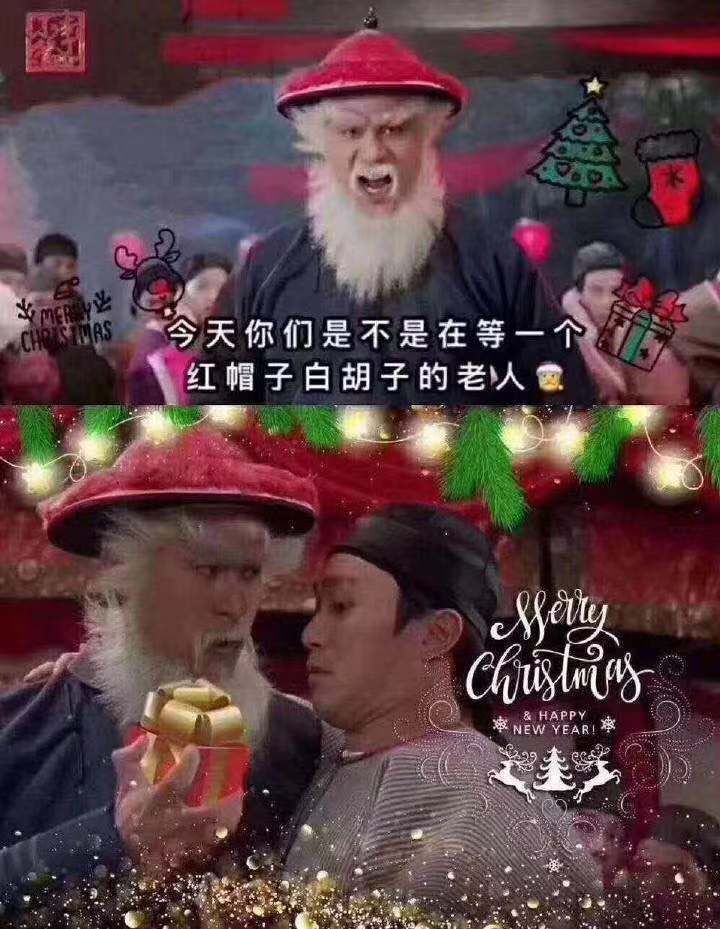 The Chinese actor Xu Jinjiang (@徐锦江/Elvis Tsui), who played this entertaining character in the movie, posted a response on his Weibo saying: “Best wishes to you all from an old man with white beard and wearing on Christmas.” 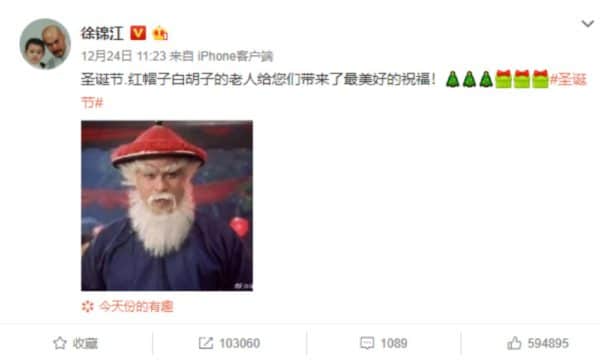 According to an online announcement issued on the official account of the Sina Weibo content center, the social media website first received permission from the emoticon’s creator and from Xu Jinjiang to launch the image, and then posted a message to look for the copyright owner of the movie. 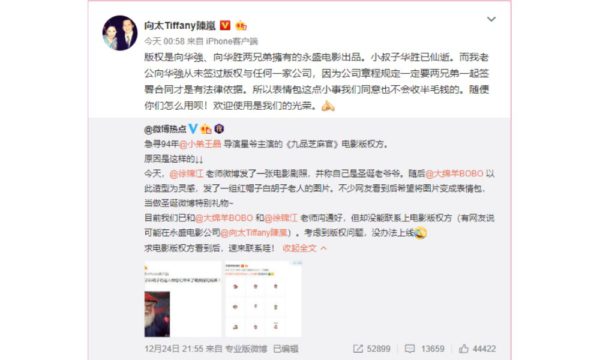 Within less than 24 hours, Weibo managed to solve the copyright issue and to release the emoticon online – just in time for Christmas.

Thousands of netizens have started to use the new emoticon and joke around with it, with many expressing some Christmas joy over this new ‘Chinese Santa,’ that will undoubtedly make a comeback next year again. 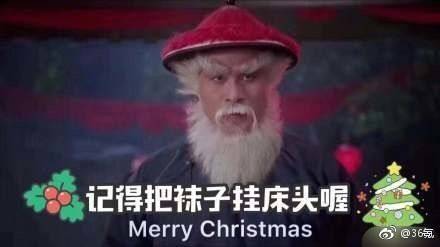 WeChat’s new emoji are based on popular memes.

On January 14, Tencent’s Wechat introduced new emoji to its existing emoji set. The new emoji include, among others, a watermelon-eating emoji and a smiling Shiba Inu.

Different from the Unicode emoji (see Emojipedia), WeChat and Weibo have their own sets of emoji, although there is overlap.

The reason why especially the watermelon-eating and dog emoji are being discussed on social media, is because these emoji are based on popular internet memes. 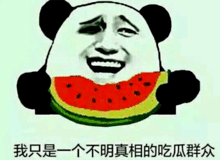 “Eating watermelon” (吃瓜 chī guā) is an online expression that comes from “watermelon-eating masses” (吃瓜群众 chī guā qúnzhòng), which describes a common mentality of Internet users who have no idea what is actually going on but are still commenting or following online stories for their enjoyment – perhaps comparable to the “popcorn memes” that are ubiquitous on Western social media platforms.

The smiling dog has been around since 2013 and is known as the doge meme, based on a photo of a Shiba inu. The meme was originally spread on social media platforms such as Reddit, but then also became hugely popular in China, where it became a symbol of sarcasm (also read this Abacus article on this topic).

There’s also a “shehui shehui” (社会社会, lit. “society society”) emoji, which also comes from online culture and is a way among friends to (self-mockingly) talk about being ‘gangsters,’ ‘brothers.’ or ‘scoundrels.’ 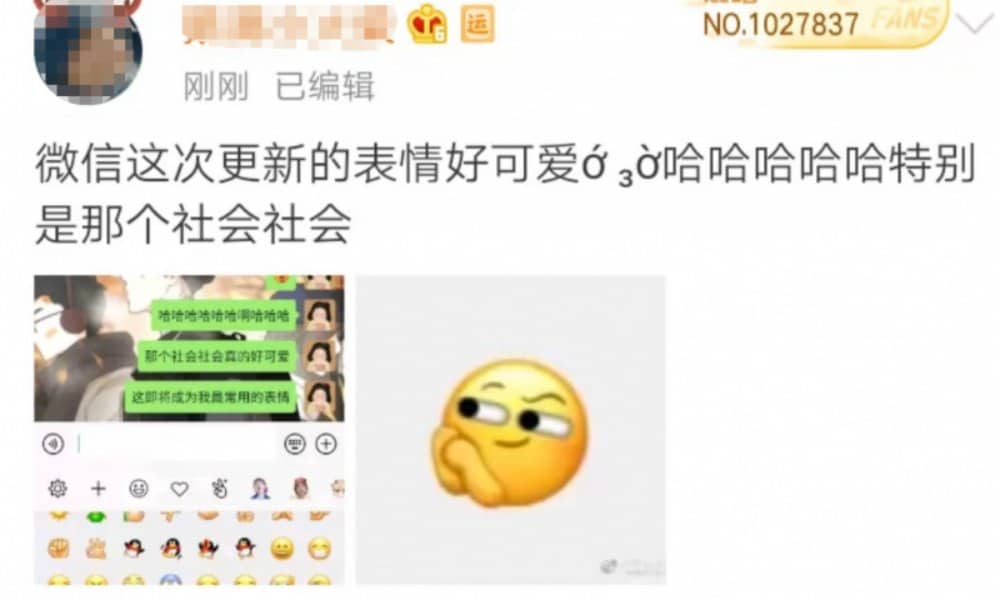 As the new emoji are still in their testing phase, not all WeChat users can use the new emoji yet, so you might have to wait a bit before being able to try them out. 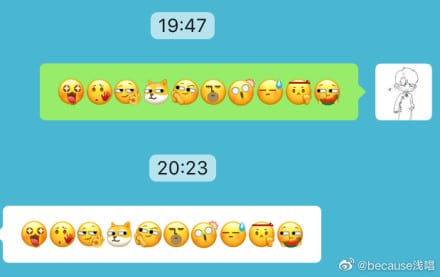 By Manya Koetse, with thanks to @caaatchina
Follow @whatsonweibo 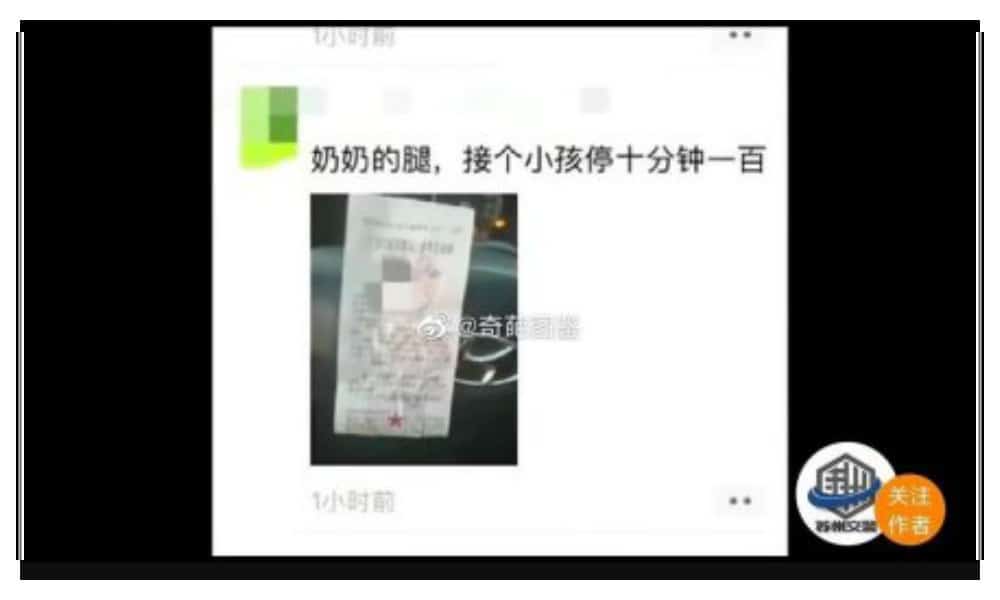 Many discussions on Weibo this weekend over a guy from Anhui being detained over a WeChat Moments post, in which he complained about getting a parking ticket. He used the expression ‘grandma’s legs’ (奶奶的腿) to do so, generally considered a ‘gentle’ swearing word. Weibo commenters are expressing their concern: if such a common cuss could get one trouble, virtually anything could.

A Chinese man from Bozhou city was recently arrested for scolding the police on his WeChat ‘Moments,’ according to an online report by the Suzhou Police department.

On January 10, the police account reported that the man was fined by local traffic police for illegal parking, although he refused to acknowledge he was in the wrong. 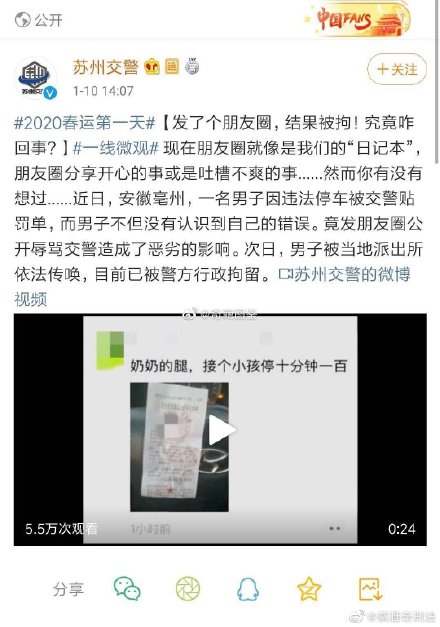 After receiving the parking ticket, the man supposedly “publicly scolded” the police via WeChat Moments (朋友圈) (a basic feature of Chinese messaging app Wechat that allows users to upload texts and images, similar to the Facebook timeline or Instagram feed).

Screenshots shared on social media show the WeChat post in question, which contained a picture of the parking fine and one sentence saying: “F*ck, I only parked for ten minutes to pick up [my] kid and it’s a hundred!”

The swearing word used here by the man from Bozhou is “nǎinai gè tuǐ” (奶奶个腿, 奶奶的腿), which literally means “grandma’s legs,” but could be translated as a common swearword such as “f*ck,” “motherf*cker,” etc.

One might also argue that “Grandma’s legs” is actually much less vulgar than the aforementioned cuss words, and that it technically is not even considered a swear word, as it is more comparable to the English ‘friggin hell’ or other gentle cussing expressions.

One day after complaining about the parking fine on Wechat, the man from Bozhou was reportedly summoned to the local police station and was detained at the spot for “creating a bad influence” (“造成了恶劣的影响”). 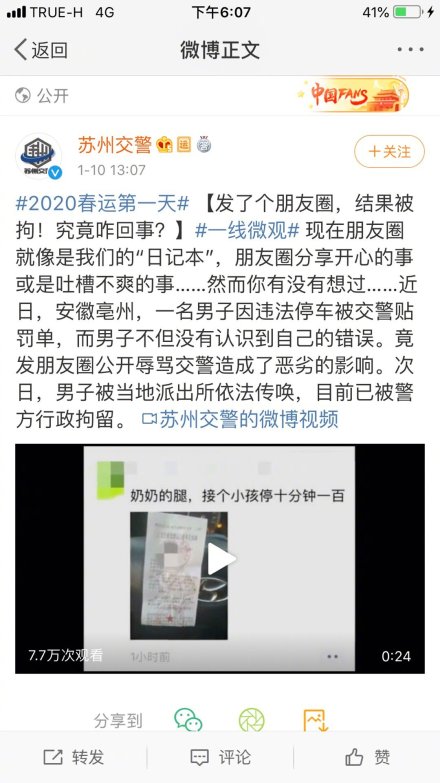 The Suzhou Police Weibo post on this matter gained traction on Chinese social media on Friday. But after it was read 500,000 times within just an hour, the post was deleted again.

Both the story and its online disappearance caused some consternation on Weibo over the weekend. Many people were wondering why and if common cussing is enough legal ground to detain someone, and why the Suzhou police first posted this news and then removed it again.*

“If even such a small complaint is enough to get arrested, Wechat Moments will soon turn into the ‘Chinese Dream.'”

The idea that one could get arrested for using such a gentle swearing word as ‘Grandma’s legs’ to complain about the police on WeChat is concerning to many commenters, who suggest that the police team in Bozhou was abusing its power and overreacted to the social media post.

“If even such a small complaint is enough to get arrested, Wechat Moments will soon turn into the ‘Chinese Dream,'” one Weibo user wrote.

“Saying ‘Grandma’s legs’ is considered swearing?! My god, this is terrifying!”, others wrote.

Not long after the Suzhou police reported this matter (and then deleted its post again), Phoenix News also posted about the issue, asking Weibo netizens whether or not “#GrandmasLegs” (#奶奶的腿#) could be considered swearing or is more innocent than that. 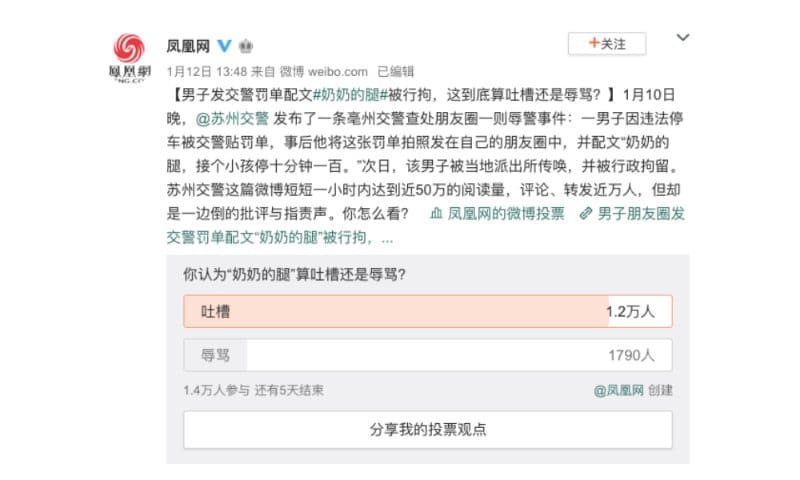 The majority of people responding to Phoenix News do not see ‘Grandma’s legs’ as a real curse word but as a mocking expression.

“But am I even allowed to express my opinion on this?”, multiple people write: “Won’t you arrest me for doing so?”

Although this particular Bozhou arrest is an unusual case, it is much less unusual for people to be detained for swearing and/or insulting people on social media.

In 2017, a man from Taizhou, Jiangsu, was detained for nine days for insulting a member of China’s civil police on Weibo.

Last year, a taxi driver was detained for making a cruel joke on QQ about the Yueqing victim of the Didi murder.

Update: On Monday afternoon, the Bozhou police department responded to the matter via social media, stating the case is currently under investigation.

By Manya Koetse, with thanks to @sanverde
Follow @whatsonweibo

For more information about the Police Law and things China Law, we recommend you follow @chinalawtranslate on Twitter and check out Chinalawtranslate.com.

Draft revisions of the Police Law were released in 2016, but have not yet been finalized
https://t.co/rmLvfjmHJl

*Bozhou and Suzhou are not near to each other; Bozhou is located in Anhui Province, while Suzhou is in China’s Jiangsu Province. It is not known why the Suzhou Police department first picked up this story.