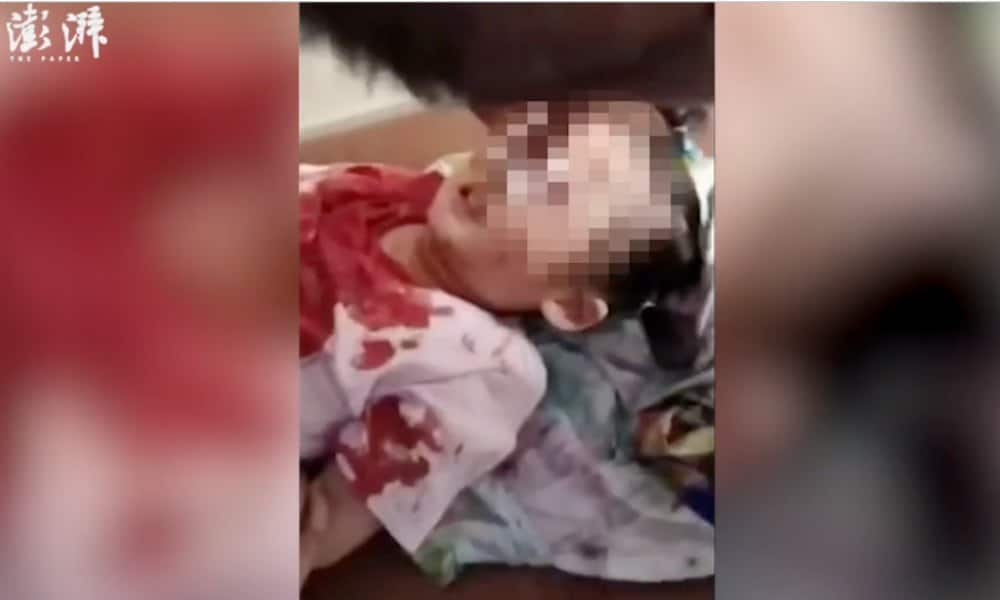 When a car broke through a toll barrier in Harbin, toll collectors were quick to halt the car by throwing a rock through the window – injuring a little girl in the back seat. The incident went viral on Chinese media: ‘who is to blame?’ is a central question.

An accident that occurred in Harbin, Heilongjiang Province, on August 11th has attracted massive attention on Chinese social media this week.

The incident occurred when a man driving an unlicensed black Nissan attempted to force his way through the Shijia (石家) highway toll gate.

Workers at the gate tried to stop the car, first by standing in front of it. But as the car accelerated, almost hitting the toll worker, another worker picked up a rock from the ground and threw it at the vehicle in an attempt to halt it.

Although they succeeded in making the car stop, they unwittingly injured a 4-year-old girl sitting in the back, as the rock hit her in the head. 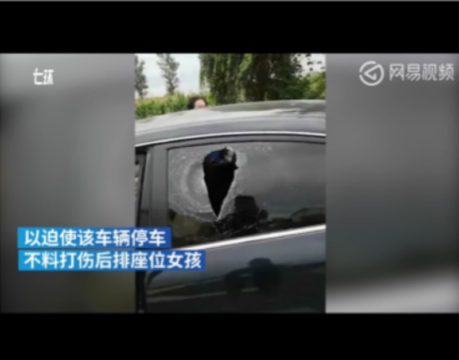 One worker threw a stone at the car, and it ended up in the passenger’s seat of the driver’s side.

The incident was reported by NetEase News, and multiple videos on the incident (here and here) are making their rounds on social media. 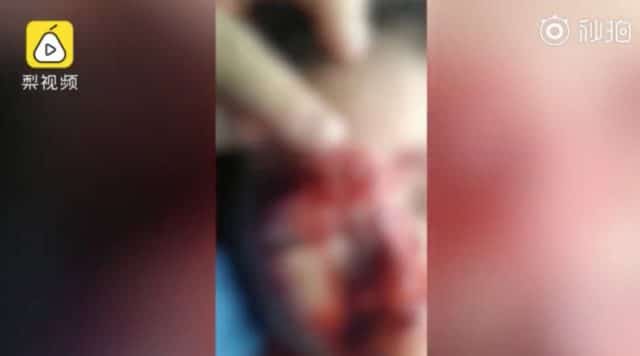 “Who is to blame?”, Sina News asked on Weibo, attracting hundreds of comments on its thread, while the incident was discussed by thousands of people on Weibo this week.

At time of writing, the Netease article on the incident had already gathered more than 190,000 comments.

Most commenters sympathize both with the toll-gate workers and the injured little girl, blaming the irresponsible driver for what happened: “The driver really has no shame, doing such dangerous things while there are children in his car,” a popular comment (14,000 likes) said.

Some even praised the tollgate workers as being ‘heroic,’ saying that the little girl was just a victim of her caretaker’s irresponsible behavior.

The Paper reports that the 4-year-old girl has received hospital treatment for her injuries and that she is recovering well. 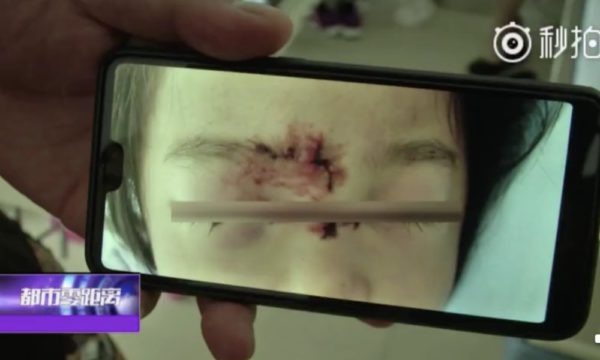 Injuries caused by the rock, photo shown to local reporters.

While the driver has received a fine for his crime, authorities are still investigating whether or not the toll workers’ actions could be classified as “reasonable defense” (正当防卫).

Miranda Barnes has contributed to this article.