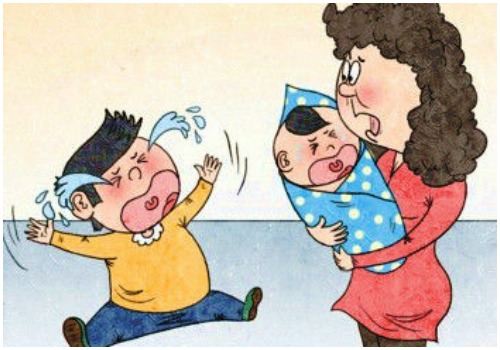 A 15-year old Chinese schoolboy forced his mother to get an abortion and threatened to skip his secondary examination if the baby wasn’t aborted.

The Chinese government’s   recent announcement to allow families a second child was great news for Mrs Liu. Aged 36, she was ready to have a second baby. She successfully conceived in October last year.

All was going well until Mrs Liu talked to her son, who is currently at junior high, about his soon-to-come sibling. Against all expectations, he instantly rejected the idea of her pregnancy. The 15-year-old boy vehemently protested against his parents having another child, and threatened to abandon the all-important zhongkao (中考), China’s high school enrolment examination, if his mum’s pregnancy went ahead.

Backed into a corner by her son, who even insisted on coming to the operation along with her, Mrs Liu finally aborted the baby.

This is not the first time in China that a child’s angry protests prevent the birth of a second child. Tencent News reported that the doctor who received Mrs Liu, Xiong Li, said: “Like Mrs Liu, there have been many cases where a woman had an abortion because of her eldest child disagreeing with the birth.”

Last year, news came out of a 13-year old girl forcing her mother to abort her baby. Earlier this week, a teenage daughter from Wuhan threatened to commit suicide if her 44-year-old pregnant mother would not get an abortion.

The news story about Mrs Liu and her son triggered thousands of passionate comments on Tencent News, one of the biggest news platforms in China. Most netizens were astonished by the boy’s apparent bloodlessness and cruelty. One netizen made a popular comment: “What a selfish child, he doesn’t know that abortion harms his mother’s body as well as taking away a little child’s right to live!”

Other critical commenters reflected on how China’s new generation is raised and educated. One netizen lamented: “Our current education is so lacking, that’s why there are so many selfish, self-profiting little emperors!” Another went: “This is the tragedy of education, the tragedy of our country. Even children are cold and calculating now!”

However, there were also voices that condoned or even approved of the boy’s action, pointing to the large age gap between the 15-year-old and the aborted child being difficult to swallow. One netizen labelled the parents as “selfish” for contributing to China’s swelling population problem.

Even though China’s netizens have differing views on this story, one thing seems apparent: even though the one-child policy has officially ended, its ghost continues to cast a shadow on the lives of the country’s next generation.

Related Topics:family planning
Up Next

Anna is a UK-based writer and translator who spent her early years in northeast China. She has a passion for the social stories unique to China and is fascinated by historical issues unfolding over the stage of Chinese social media.